The Federal Budget - Where is the Incentive For Success and Entrepreneurship? 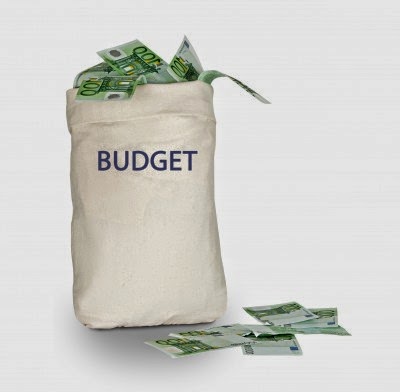 Last Wednesday’s federal budget was pretty benign. Personal tax rates did not rise to 60% and the capital gains inclusion rate remained unchanged. However, many professionals, in particular accountants and lawyers, suffered a direct hit. The budget proposes that certain professionals must now pay tax on income they have not billed, by including work in progress in their taxable income. Small business owners escaped unscathed from this budget, but there are storm clouds on the horizon, as there could be some very punitive tax measures coming in the near term.

If you wish to read a detailed summary of the budget, here is a link to BDO Canada's budget summary. However, for the purposes of today's post, I am just going to discuss the budgets impact on professionals and the warning shot sent across the bow of small business owners.

Let me state upfront, that I am of the view that government policy should not be to punish success and those willing to take risk (i.e. the so called top 1%, but probably the top 5-15%) but to encourage success and entrepreneurship. My view, which I will readily admit may be distorted because of my job and the high-net-worth individuals I deal with, is that small business owners and entrepreneurs (which in many cases includes professionals) are the largest creators of jobs for the “middle class”. Most prosperous people have risked much to achieve their success, in both financial capital and family time. They feel they deserve to be rewarded for that success, not penalized; which if I read the Liberal tea leaves correctly, is what is going to happen in the very near future.


Currently certain professionals (accountants, dentists, lawyers, medical doctors, veterinarians and chiropractors) may elect to exclude the value of work in progress (WIP) pursuant to Section 34 of the Income Tax Act. This allows professionals to essentially recognize income for tax purposes only when it is actually billed (billed basis). The budget proposes that going forward, professionals will no longer be eligible for a Section 34 WIP deduction and will have to recognize income when services have been provided, even if not billed. The legislation provides a two-year transition period.

So in English. Let’s say I am doing some estate planning for Mary Smith. Mary engaged me to start the planning in November, 2016 and I spent $5,000 of time in November and December gathering information, corresponding with her estate lawyer and researching her issues.

For accounting purposes, I must include the $5,000 of time I have spent on the file in my 2016 income under generally accepted accounting principles (accrual accounting). However, currently, I can elect under the aforementioned Section 34 to deduct the $5,000 of WIP from my 2016 taxable income since I have not yet billed Ms. Smith. Thus, for tax purposes my income in relation to Ms. Smith is nil. It should be noted that some professional firms have not even bothered recording their WIP, since it would net out with the offsetting Section 34 deduction. These firms will now be forced to change their reporting systems, so they can capture WIP.

Under current tax law, other than the fact she is a bit of a pain in the butt, I don’t really care about all this since I will pay tax on the $6,000 in 2017 and have the money in hand.


Under the proposed rules, I will have to include in my 2016 income up to $5,000 of WIP even though I have not yet billed the client and I am not paid until June of the following year. I will thus potentially have a significant cash flow issue. I have to pay tax on money I have not yet billed and collected. Part of the government’s rationale for this proposed legislation is that professionals expense the costs of their WIP in the current year. While that is a fair concern to some extent, those costs are actually paid in the year, so expenses are being matched to payment, while the new legislation does not match billing to income inclusion.

I have been asked if contingent or success based fees could be considered WIP. I don't have an answer at this time; this will need to be clarified by the CRA.

Many professionals have used this WIP deduction to defer their current tax burden to their retirement years when their tax rates are lower. This will no longer be available.


In addition to the future cash flow issue discussed in my example above, professionals will face a short-term cash flow issue in that their current Section 34 WIP will be taxed over the next couple years, causing significant and unexpected increases to taxable income for which they had not expected to pay tax.

For those wondering what exactly is the cost of WIP, that is a good question, still to be determined. In the old days, a billable hour was set based on the formula of  1/3 salary, 1/3 overhead and 1/3 profit. So is the cost of WIP under this old school calculation the 1/3 salary, 2/3 salary and overhead or some other variation? That does not even consider the significant historical discount firms take on their WIP, anywhere from 10-30%.


The budget discussion highlighted several tax planning strategies using private corporations, which the government feels can result in high income individuals gaining unfair tax advantages that are not available to other Canadians. The government is reviewing these areas and will be releasing a paper in the upcoming months setting out these issues in more detail and their policy responses. Every small business owner should be concerned significant changes are coming in respect of many of the standard current tax planning strategies they utilize.

The budget specifically noted the Liberals are reviewing the following strategies:

“Sprinkling income using private corporations, which can reduce income taxes by causing income that would otherwise be realized by an individual facing a high personal income tax rate to instead be realized (e.g., via dividends or capital gains) by family members who are subject to lower personal tax rates (or who may not be taxable at all)”.

I interpret the above to mean the government will be reviewing family trusts and the use of discretionary dividends amongst other tax planning strategies.

“Holding a passive investment portfolio inside a private corporation, which may be financially advantageous for owners of private corporations compared to otherwise similar investors. This is mainly due to the fact that corporate income tax rates, which are generally much lower than personal rates, facilitate accumulation of earnings that can be invested in a passive portfolio”.

This discussion point is very disconcerting. I interpret this to mean that the Liberals are not only going to review the use and availability of the small business deduction which has been rumored from day one, but they are even going to look at the after-tax earnings and the use of holding companies.

It should be noted there is no tax advantage to having an investment portfolio inside a corporation. The issue is that if a small business makes $10,000 from its active business activities, it would only pay $1,500 in corporate income tax and have $8,500 to invest, whereas a middle class Canadian would only have only say $6,000 to $7,500 to invest depending upon their income and marginal tax rate.

There is some planning that goes on along these lines, but I don’t see this as a major issue for the vast majority of small business owners.


In the budget paper, the government said it “will ensure that corporations that contribute to job creation and economic growth by actively investing in their business continue to benefit from a highly competitive tax regime”. How it intends to do this is the $64,000 question. My concern is that you risk shrinking the middle class that the government is so keen on helping, if you de-incentivize small business owners and entrepreneurs to take the personal and capital risks needed to start new companies and invest in new ones. I can tell you I already have significant negative feedback from my clients who have to pay 54% tax; if you also remove their ability to income split and small business tax preferences, my personal opinion is you will have a disenfranchised a segment of the population that like it or not, is a large part of the engine behind the economy.


This site provides general information on various tax issues and other matters. The information is not intended to constitute professional advice and may not be appropriate for a specific individual or fact situation. It is written by the author solely in their personal capacity and cannot be attributed to the accounting firm with which they are affiliated. It is not intended to constitute professional advice, and neither the author nor the firm with which the author is associated shall accept any liability in respect of any reliance on the information contained herein. Readers should always consult with their professional advisors in respect of their particular situation.
Labels: 2017 federal budget, associated, billed basis, small business deduction, small business owner, WIP, work in progress