This week I finally got rolling and I reviewed several income tax returns. A few issues arose from these reviews which I discuss today.

The first issue is an often overlooked medical expense. The second issue, a matter I have discussed before, is how financial 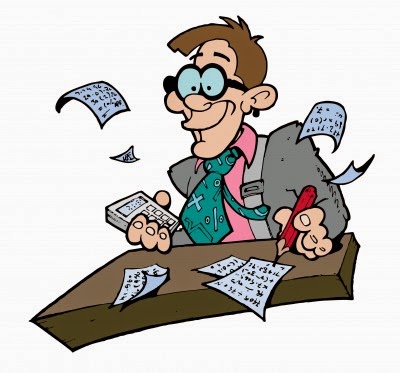 institutions fail to adjust their realized capital gain/loss reports for flow-through shares and how this can result in significantly understated capital gains. The final issue is the confusion in reporting capital gains from the sale of your mutual fund.

Way down at the bottom of your T4, in box 85, you may find a number. That number is the amount of premiums you paid for your private health service plan. This payment qualifies as a medical expense on line 330 of your return and is very easy to miss. According to this blog, Canadian MoneySaver is the person responsible for box 85.

Your Flow-Through Capital Gain is only Understated by $100,000


In my recent post on The Dynamics of the Investment Advisor/Accountant Relationship, I note that one way for Investment Advisors ("IAs") to lose the accountant as an advocate is to not assist in sorting out their clients flow-through tax shelter information. As I have discussed in the past, the issue is more than an advisory issue, it is a financial institution reporting issue.

Very quickly, if you purchased a flow-through share for $10,000, the Adjusted Cost Base ("ACB") is ground down to zero almost immediately by the initial resource exploration and development expenses you claim. By the end of year 1, your ACB is often nil (the ACB may increase in future years because of income allocations, however, let's assume it stays at zero). In year three or so when the flow-through is converted into a mutual fund, the cost base is nil, even though you originally paid $10,000. Say you sell the mutual fund immediately after converting your flow-through for $4,500. For tax purposes, you have a capital gain of $4,500 since you have a nil cost base. Yet, most financial institutions report the disposition as a capital loss of $5,500 (the $10,000 initial cost less $4,500 proceeds).

I have been told that from a liability perspective, the financial institutions do not want to get into making tax cost base determinations (although, I have seen some of the better IAs and certain investment counsel firms adjust the ACB to the proper amount). I can understand this position; but, I cannot understand why the financial institutions or the IAs do not at least highlight this issue in some way when they print out the realized gain/loss schedule for their clients.

To date, I have had three capital gains reports provided by IAs that were materially wrong because they had the incorrect ACB for flow-through shares. For two of the clients, their actual capital gain was understated by significantly more than $100,000. In summation, these transactions need to be highlighted in some way on capital gain/loss reports.

Mutual Fund Sales - Oops, I thought the gain was on the T3

I am discussing this issue for two reasons. The first, a client called last week to advise me that after reviewing the capital gains reported on their annual mutual fund statement for 2013, they realized they had missed this information in 2012; so the topic is on the top of my mind. The second reason is preventive. If you have mutual funds, you probably just received your T3 slip in the last couple days, so you may have not yet filed your return. Thus, you have time to review your annual mutual fund statement to check whether you need to report the sale of any funds in 2013.

So let me explain the issue in greater detail. Assume that in 2012 you purchased 1000 units of the BBC Spec Stock Mutual Fund for $7,000 and also purchased 2000 units of the BBC Bond Fund for $8,000. Let’s also assume in the same year you re-invest your distributions to purchase additional units of the BBC funds. So last year you would have received a T3 slip (usually one T3 slip with a supplementary page breaking down the total on a fund by fund basis) from the BBC Mutual Fund reporting interest, dividends and capital gains earned in the year. This income is essentially the distributions you re-invested in the BBC fund.

Many people assume any capital gains they realized on the sale of their mutual fund units are also reflected on these T3’s, however, the T3 slip just reports gains (and other income) the fund itself has earned and distributed in the year, not your proceeds of selling the actual fund.

For example, if in 2012 the BBC Spec Stock Fund owns shares of Rocky Raccoon Mines and during the year the fund sold these shares for a $400,000 gain, your T3 slip for 2012 would have reported your proportionate share of the Rocky Raccoon gain, say $400 if you owned .001% of the fund. This $400 distribution is re-invested in additional Spec Stock BBC units and your adjusted cost base is now $7,400 as of January 1, 2013.

It is very easy to miss the actual sale of your mutual fund units, since this information is often embedded in your annual mutual fund summary. If you own mutual funds and sell a fund during the year, ensure you make a note to yourself to look for the capital gain information on the annual yearly summary and report that gain on your tax return.


The blogs posted on The Blunt Bean Counter provide information of a general nature. These posts should not be considered specific advice; as each reader's personal financial situation is unique and fact specific. Please contact a professional advisor prior to implementing or acting upon any of the information contained in one of the blogs.
Labels: adjusted cost base, box 185, capital gain, medical expense, mutual fund, private health service plan, t3

© All rights reserved. The Blunt Bean Counter at 7:29 AM
Email ThisBlogThis!Share to TwitterShare to FacebookShare to Pinterest