This summer I am posting the "best of" The Blunt Bean Counter while I work on my golf game. Today, I am re-posting my most read blog post of all-time (over 200,000 page views); a post on transferring property amongst family members. As you will read, there is potential for some strange income tax results and care must be taken when transferring property to family members. I thus strongly suggest you obtain professional advice before undertaking any such transfer.


In today’s blog post, I will discuss the income tax implications relating to the transfer of property among family members. These transfers often create significant income tax issues and can be either errors of commission or errors of omission. Over my 25 years as an accountant, I have been referred some unbelievably messed up situations involving intra-family transfers of property. 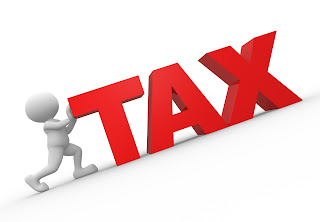 Transfers of Property - Why They Are Undertaken

I will not discuss the first reason today because it is legal in nature. But be aware, Section 160(1) of the Income Tax Act can make you legally responsible for the transferor's income tax liability and there may be fraudulent conveyance issues amongst other matters.


When a property is transferred without consideration (i.e. as gift or to just transfer property into another person's name), the transferor is generally deemed to have sold the property for proceeds equal to its fair market value (“FMV”). If the property has increased in value since the time the transferor first acquired the property, a capital gain will be realized and there will be taxes to be paid even though ownership of the property has stayed within the family. For example, if mom owns a rental property worth $500,000 which she purchased for $100,000 and she transfers it to her daughter, mom is deemed to have a $400,000 capital gain, even though she did not receive any money.

There is one common exception to the deemed disposition rule. The Income Tax Act permits transfers between spouses to take place at the transferor’s adjusted cost base instead of at the FMV of the capital property.

We have discussed where property is transferred to a non-arm’s length person that the vendor is deemed to have sold the property at its FMV. However, what happens when the non-arm’s length person has paid no consideration or consideration less than the FMV? The answer is that in all cases other than gifts, bequests and inheritances, the transferees cost is the amount they actually paid for the property and there is no adjustment to FMV, a very punitive result.

In English, what these last two sentences are saying is that if you legally gift something, the cost base and proceeds of disposition are the FMV. But if say your brother pays you $5,000 for shares worth $50,000, you will be deemed to sell the shares for $50,000, but your brothers cost will now only be $5,000; whereas if you gifted the shares, his cost base would be $50,000. A strange result considering he actually paid you. This generally results in “double taxation” when the property is ultimately sold by the transferee (your brother in this case), as you were deemed to sell at $50,000 and your brothers gain is measured from only $5,000 and not the FMV of $50,000.

Transfers of a Principal Residence - The Ultimate Potential Tax Nightmare

An example of the above is discussed in this Toronto Star story that outlines a $700,000 tax mistake made by one parent in gifting their principal residence to their children.

I have been engaged at least three times over the years by new clients to sort out similar family transfer issues.


As noted in the first paragraph, many troublesome family transfers are done to avoid probate tax. Since I wrote on this topic previously and this post is somewhat overlapping, I will just provide you the link to that blog post titled Probate Fee Planning - Income Tax, Estate and Legal Issues to consider.

Many people are far too cavalier when transferring property among family members. It should be clear by now that extreme care should be taken before undertaking any transfer of real estate, shares or investments to a family member. I strongly urge you to consult with your accountant or to engage an accountant when contemplating a family transfer or you may be penny wise but $700,000 pound tax foolish.
Note: I will not be answering any questions on this "best of" post. The original post has 268 comments. Please scan those comments; it is likely your question has already been addressed.
This site provides general information on various tax issues and other matters. The information is not intended to constitute professional advice and may not be appropriate for a specific individual or fact situation. It is written by the author solely in their personal capacity and cannot be attributed to the accounting firm with which they are affiliated. It is not intended to constitute professional advice, and neither the author nor the firm with which the author is associated shall accept any liability in respect of any reliance on the information contained herein. Readers should always consult with their professional advisors in respect of their particular situation. Please note the blog post is time sensitive and subject to changes in legislation or law.
Labels: 160(1), deemed disposition, income attribution, income tax, principal residence, probate, transferring property to family members, transfers between spouses, transfers of property to children

© All rights reserved. The Blunt Bean Counter at 7:00 AM
Email ThisBlogThis!Share to TwitterShare to FacebookShare to Pinterest
0 comments

This summer, as per tradition, I am re-posting the "best of" The Blunt Bean Counter blog while I work on my golf game (it needs more work than usual :( Today, I am posting a May 2021 blog titled "My Kids Will Never Fight Over My Estate". I decided to re-post this blog because I was recently told of the acrimony caused in a family because a parent did not specifically allocate personal assets in their will as promised/told to their children during the parent's lifetime.
My Kids Will Never Fight Over My Estate
In December 2019, I reviewed the book “Bobby Gets Bubkes: Navigating the Sibling Estate Fight.” In that book, estate lawyer Charles Ticker attempts to explain how to avoid, or at least limit, sibling estate fights when drafting your will. In the comments section to that post, Michael James, who writes the excellent finance blog Michael James on Money, made the following remark: 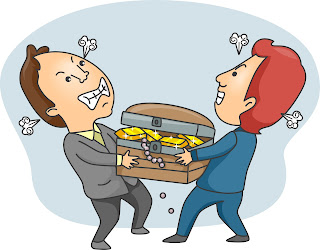 Sounds like an interesting book. Sadly, I'm guessing most people incorrectly think that their own kids would never squabble in these ways, so they think they don't need to follow the book's advice.
Michael’s “guess” is very perceptive. Based on my experiences over 35 years as an accountant, many parents look at their children and their sibling relationships with rose-coloured glasses or, in some cases, with blinders. As a consequence, they ignore clear warning signals that their children have significant sibling rivalry issues and don’t work well together. In some cases, you can almost predict a sibling estate fight.

Let me be clear. I am not saying every estate has a sibling fight. Many families settle and distribute the estate in accordance with the will and their parent’s wishes with little acrimony. However, this is far from the case in many estates, as human nature can turn ugly when there is money and sentimental items at stake, especially where sibling issues have reared their heads during the parents’ lifetimes.

Today, I am going to list factors in no particular order that can cause siblings to squabble over an estate.

Why siblings squabble over an estate

Parents: Have that discussion

Many of the above issues are human nature, which can’t be avoided entirely. But parents need to consider all the above possibilities when drafting a will. Readers of my blog will know that I am a huge proponent of discussing your will to a full or partial extent with your family and explaining your intentions. I think this can sometimes avoid or minimize sibling estate issues.

It is sad that sibling estate fights are even a topic, but they do unfortunately often become an issue. Parents, my suggestion to you is consider these issues, get good estate planning advice, consider a family meeting, and take off your rose-coloured glasses when planning your estate.
This site provides general information on various tax issues and other matters. The information is not intended to constitute professional advice and may not be appropriate for a specific individual or fact situation. It is written by the author solely in their personal capacity and cannot be attributed to the accounting firm with which they are affiliated. It is not intended to constitute professional advice, and neither the author nor the firm with which the author is associated shall accept any liability in respect of any reliance on the information contained herein. Readers should always consult with their professional advisors in respect of their particular situation. Please note the blog post is time sensitive and subject to changes in legislation or law.
Labels: adult sibling rivalry, charles ticker, children fighting over estate, estate planning, michael james on money