Documenting and Explaining Your Estate to your Spouse

I hope everyone had a safe and enjoyable summer. Mine was pretty good except for the 5mm kidney stone that decided to come on down in mid-July and took 12 days to finally pass ☹. But as they say, all things shall pass and once the stone did, I had an enjoyable time catching up with family, friends and golf and learning a few new barbeque recipes courtesy of YouTube.

Over the years, I have posted numerous times about “Stress Testing your Finances” and recommended that you document and review your estate with your spouse (and possibly executors). I emphasized in these blog posts that you do not want to pass away without leaving your spouse a listing of your financial assets and a roadmap of how to deal with estate matters. When your healthy and of sound mind, you need to assist and prepare your spouse to deal with and navigate your estate, by clarifying and discussing various financial issues and making introductions to your advisors, amongst other estate matters. To be clear, each spouse should have a reciprocal exchange. 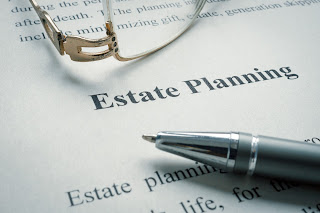 I do not want to regurgitate my prior blog posts, so at the bottom of this post, I will link three of the more pertinent posts I have written should you wish to read or re-read them again. Today, I will talk about explaining the details of your estate to your spouse and future steps they may need to settle your estate.

Since 2012 when I first wrote on this topic, I have taken my own advice and provided my wife with a summary document I update as necessary with various financial information, passwords and anything else I think would help her settle my estate with the least amount of stress. This document is kept in our safety deposit box. I know other people keep it in the cloud, where they have a secure personal locker. Where you keep the document does not matter, the key is competing the document.

I think our household is representative of some if not many Canadian households, where most financial matters are generally taken care of by the “financial oriented” spouse (as opposed to sharing the financial duties), especially where the other spouse does not work in a financial oriented capacity. In these households, financial communication can sometimes be lacking.

This year, based on various questions my wife has asked me, from how certain payments would continue if I passed away, to what happens to travel points, to whom would prepare her taxes etc. I realized I am one of those “financial spouses” who has not sufficiently explained what my estate summary means to my wife in practical terms beyond the documentation I have provided.

Given my experience with my wife, I decided to delve into greater detail (there will be tons of detail) in my next post the first week of October, on the “explaining” and “future steps” required to settle your estate. Until then, here are the prior links on this topic I noted earlier:

The Blunt Bean Counter: Stress Testing Your Finances and Your Death - The Comprehensive Test

The Blunt Bean Counter: Just Do It – Write Your Financial Story! What the Heck are You Waiting For?


This site provides general information on various tax issues and other matters. The information is not intended to constitute professional advice and may not be appropriate for a specific individual or fact situation. It is written by the author solely in their personal capacity and cannot be attributed to the accounting firm with which they are affiliated. It is not intended to constitute professional advice, and neither the author nor the firm with which the author is associated shall accept any liability in respect of any reliance on the information contained herein. Readers should always consult with their professional advisors in respect of their particular situation. Please note the blog post is time sensitive and subject to changes in legislation or law.
Labels: documenting your estate, finances, stress testing your finances

© All rights reserved. The Blunt Bean Counter at 7:00 AM
Email ThisBlogThis!Share to TwitterShare to FacebookShare to Pinterest
1 comments

The Best of The Blunt Bean Counter - Are Accountants Really Truly Boring?

This summer I am posting the "best of" The Blunt Bean Counter blog while I work on my golf game. Today, I am re-posting a June 2012 post titled "Are Accountants Really Truly Boring".
I think this is the third time I have posted this blog, but I figured lets go with some humour (or what I perceive as humour) to end the summer. I have taken the liberty to play around with the original a bit by adding a couple updates. 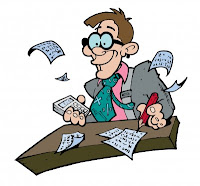 Unfortunately, in general, I think the rap is probably warranted, although perception may be reality. How would us CPAs be viewed if there had been a TV show called LA Accountant, instead of LA Law? Did you know John Grisham got his undergraduate degree in accounting? What if his books had been about accounting firms instead of law firms? Accountants would then be looked upon as cool dudes/dudettes with a conservative bent.

In 2016, we finally got top billing with the release of the Ben Affleck's movie titled, "The Accountant". Prior to seeing the movie, I was so excited. A movie about accountants, starring a good looking well known actor; finally, the world was going to see how cool accountants could be. Boy, was I surprised when I found out that Ben's role in the movie was that of a freelance accountant for dangerous criminal organizations who is a stone-cold killer. However, upon reflection, maybe his role will give accountants a bit of a bad boy image and cause anyone to think twice before criticizing their accountant :)

Personally, although I have pride in my profession and my job, I know the boring stereotype precedes me and I try not to advertise the fact that I am a CPA upon initially meeting people. You can only have so many people at parties walk away after you tell them you are an accountant (or at least walk away after they ask for your advice on a tax situation of theirs) before you get a complex.

When I am outed as an accountant, I say I am a wealth advisor who will maximize your net worth and minimize your taxes, to make my job sound sexier. Although my naturally boring nature often gives me away, many of my other characteristics are non-accountant like and I enjoy surprising people when they find out this blunt, sometimes arrogant, sometimes confrontational and very occasionally humorous person is an accountant. My happiest social outings are when someone says, “Wow, I would never have thought you to be an accountant”.

So, are any of my kind not boring? I did a search of famous people who studied to become accountants and came up with this list. For those of you old enough to remember the Bob Newhart Show, Bob Newhart the namesake and star made the list and was a former accountant. Now I am not sure Bob helps our cause. He was funny, but in a boring deadpan style.

To my surprise, the above list has many famous musicians (in addition, Janet Jackson wanted to be an accountant if she was not a singer). You would figure any musician would break the stereotype as they lead wild and crazy lifestyles. Yet, the list includes Kenny G, a great saxophone player. Although Kenny is a great musician, I typically hear his music in my dentist's office.
However, as you go down the list, you will find two of the most famous rockers in history studied accountancy (at least for a short time); Robert Plant of Led Zeppelin and Mick Jagger of the Rolling Stones. Finally, proof, supper-cool accountant types exist!!

Another former accountant with attitude (who actually made a career of accountancy) is Paul Beeston.  Mr. Beeston, who was a CPA with Coopers and Lybrand, was also the President and CEO of the Toronto Blue Jays and later the President and COO of Major League Baseball. Paul is a cigar chomping, fun loving, non-sock wearing CPA. Yes, there is one out there.

There you have it, proof that there is an accountant (and a couple who studied accountancy) out there who does not fit the stereotype. Anyways, if you ever meet me, I will be easy to spot. I am the outgoing accountant who will be looking down at your shoes instead of staring down at my own shoes :).