We are all aware that almost every level of government is strapped for funds and consequently, they often look at how they can raise additional monies through taxation. As funding needs become more desperate, a couple of my clients have asked me if they think any of the “sacred tax cows” will be sacrificed. Today I consider the political and tax risks a government would take if they attacked these “sacred tax cows”. 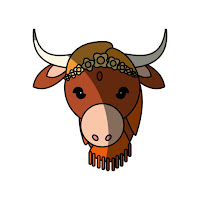 What tax cows am I talking about? I would suggest in Canada we have two “sacred tax cows” and one “tax cow” which is important but has been sacrificed in the past and will likely be in the future.

In my opinion, these tax cows are as follows:

The two sacred cows are:

1. The tax-free nature of your principal residence

2. No estate tax on death

The above clearly reflects various governments do not see a 50% inclusion rate as a sacred tax cow. In fact, in 2017 I had a few clients sell stocks to lock in the 50% rate because there were rumours the Federal Liberals would increase the inclusion rate to 3/4. However, the inclusion rate was not changed.

I think no one would be surprised if the capital gains inclusion rate is increased in the future and I don’t think there is huge political risk in doing so, since most people paying capital gains have already been hit with higher personal and corporate taxes and are numb to various tax hits. In addition, a change in inclusion rates has been floated multiple times by different governments, so the shock component would not be high.

Tax-Free Sale of Your Principal Residence


Currently, when you sell your principal residence (“PR”) it is tax-free. Each family unit is only entitled to one PR exemption. In 2017, the Liberal government issued legislation that requires you to report the sale of your PR, even if it is exempt (see the second paragraph of this post). This measure was implemented to prevent some of the abuse in respect to the non-reporting related to PR (especially house flips) and situations where taxpayers thought the sale was exempt and in fact it was not exempt.

I would suggest the tax-free nature of a home is clearly a sacred cow to most Canadians and the political risk in making your home taxable would be immense. However, I can envision a government trying to move to a U.S model. In the U.S. the first $250,000 gain on the sale of a house is exempt from tax for U.S. citizens or $500,000 for spouses who are both U.S. citizens. The exemption mentioned is applicable when the following two conditions are met: 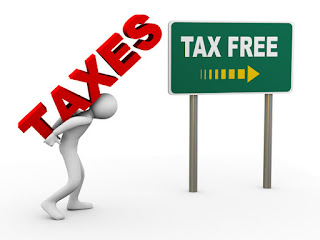 Ownership test: the taxpayer owned the property as his/her main home for a period aggregating at least two years out of the five years prior to its date of sale.

Use test: the property was used by the taxpayer as his/her main home for a period aggregating at least two years out of the five years prior to its date of sale.

These two tests can be met during different two- year periods. Also, for married couples filing joint returns, each spouse needs to meet the ownership and use tests individually in order to qualify for the $500,000 exemption jointly. The taxpayer would not be eligible for the exclusion if he or she excluded the gain from the sale of another home during the two-year period prior to the sale of his/her home.

Ignoring the technicalities of the U.S. rule, one ponders whether such a measure could possibly work in Canada if say the numbers increased to $500k and $1mill respectively, since that would likely eliminate the gains for most provinces other than maybe B.C and Ontario. Although, losing a significant number of voters in those two provinces would probably still not be smart politics. But if the exemptions moved to $1,000,000 and $2,000,000 the blow-back would likely be more muted. However, IMHO, I think in the end, a government would risk re-election if they put forth such legislation.

In most U.S. states, the annual personal income tax burden is substantially less than in most provinces. In addition, the U.S. has many more significant tax deductions such as mortgage interest; so, for U.S. taxpayers, they typically pay far less than Canadians in yearly tax but will typically pay substantially more on death. So the U.S. model is pay me less now and possible a whole bunch later.

In Canada, an estate tax would be pay me now and pay me later and the effective tax rate could end up being a ridiculous amount. For example, if you made a million dollars at the highest marginal rate in Canada you would have $460,000 left. Imagine a 40% estate tax on your $460,000 estate if you died. Your net estate would be only $276,000; so a total tax burden of 75% if the estate tax was 40%. Of course, this is simplistic and not necessarily realistic, but I use the example to demonstrate how massive the tax burden could be with a Canadian estate tax. In my opinion, I can see a government taking a huge political risk and imposing an estate tax with a large basic exemption; since they seem to feel, mid to high earning Canadians are a never ending source of tax dollars.

In summary, I think we will see an increase in the capital gains inclusion rate at some point in the next five years. As for the two other sacred cows, I really hope no government is willing to eliminate the PR exemption or quantify the amount of the PR exemption and definitely not impose an estate tax. Let’s hope such taxes never see the light of day.


This site provides general information on various tax issues and other matters. The information is not intended to constitute professional advice and may not be appropriate for a specific individual or fact situation. It is written by the author solely in their personal capacity and cannot be attributed to the accounting firm with which they are affiliated. It is not intended to constitute professional advice, and neither the author nor the firm with which the author is associated shall accept any liability in respect of any reliance on the information contained herein. Readers should always consult with their professional advisors in respect of their particular situation. Please note the blog post is time sensitive and subject to changes in legislation or law.
Labels: capital gains inclusion rate, capital gains rate, estate tax, principal residence, principal residence exemption, sacred tax cow