In January of 2014, I took on my most ambitious task (never to be repeated) in writing my blog: I decided to write a six-part series titled “How Much Money do I Need to Retire? Heck if I Know or Anyone Else Does!” 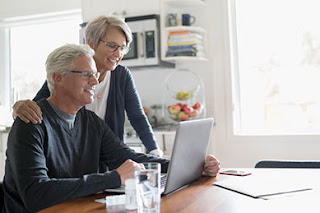 The first four posts dealt with various studies and reports on the appropriate withdrawal rate in retirement. The consensus seemed to be that taking 3 or 4% (depending upon your perspective) of your inflation-adjusted nest egg each year (or “withdrawing” it, to use the term that gives the withdrawal rate its name) would last you approximately 30 years. Those four posts can be found here:
Post 5 dealt with the factors that could impact your retirement funding, such as longevity, inflation and sequence of returns. That post can be found here.


In my final Post 6, I provided some simple retirement nest egg calculations to see if I could determine a reasonable range for the magic retirement number. That post can be found here.

In writing the above series, it became evident that not only is determining the correct withdrawal rate and approximate dollar value needed to retire a complex and somewhat impossible task — but also that the timing of your retirement could cause a significant variance in your financial position. This concept, known as “sequence of returns,” says that market performance just after your retirement date could sideswipe your retirement plans. I discussed it in my fifth post and it was very intriguing to me.

In that post I quoted retirement guru Wade Pfau as saying:

In plain English, Wade is saying this. Let’s say two people have the same exact rate of return over 10 years. If one person’s return is better in, say, years 1 to 5, and the other’s is better in, say, years 6 to 10, the interaction between the rate of return, inflation and the standard rate of withdrawals will favour the person with the front-loaded higher returns. As a result, they will be able to continue their standard withdrawals for a longer period.

Since numbers probably illustrate this issue best, it may be useful to look at exhibit 4 on page 7 of this report from Fidelity Research written by W. Van Harlow and Moshe A. Milevsky.


Retiring at a market peak

Quite honestly, the fact that the arbitrary sequence of returns could drastically affect a well-planned retirement has always freaked me out. My luck isn’t too bad, but I just know that the market will peak the year I retire and fall for several years after.

I was thus very interested in an article titled “Solace for those worried about retiring at a market peak” (paywall protected), written by Norman Rothery, the founder of Thestingyinvestor.com in The Globe and Mail in late January of this year.

For those of you who cannot access the article, essentially Norman modelled an investor who retired at the top of the stock market in 2000 with $1 million invested in a balanced portfolio and reviewed the portfolio value using withdrawal rates of 3, 4, 5 and 6%. (“Balanced” in this case means half in the S&P/TSX Composite Index and half in the S&P Canada Aggregate Bond Index.)

What Norman found is that the portfolio using a 4% withdrawal rate lost 30% of its real value by the end of 2002 but climbed back to nearly $680,000 in inflation-adjusted terms by the end of December 31, 2017. He noted that while this unfortunate retiree did not have the greatest experience, the odds are that the 4% rule will still survive for 30 years, given the capital balance after 18 years. (It is important to understand: Norman is not saying that they did as well as the lucky investor who retired into a bull market. He is saying that the 4% rule still appears to work in that the retiree likely can continue to withdraw their intended yearly amount and make their savings likely last for at least 30 years.)

Norman noted that the more aggressive withdrawal rates did not fare well, and this aligns with our discussion above. He suggests a 3% withdrawal rate would provide a greater margin of safety, but the model to date, reflects those who retire into a peak market should still make it through with 4% if they have a conservative retirement plan.