How much do you need to retire in Canada? (Part 2)

Two weeks ago, I reminisced about a six-part retirement series I wrote in 2014—and how COVID-19 has affected many people’s retirement. I noted that in some cases people have lost jobs, had the value of their small business eroded, or realized they would need to invest in technology for their business to compete in a new normal. In other cases, people have become contemplative and decided to retire early (such as I am doing on December 31st) or switch careers. 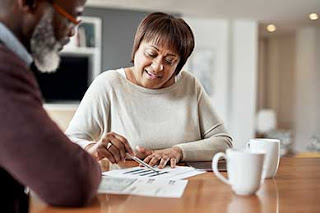 Over the six years since I wrote the retirement series, unless you were GIC centric or Canadian-equity centric, you likely would have had above average stock market returns. Consequently, your sequence of returns (whether your returns are strong or weak at the beginning of your retirement, discussed in greater detail in Part 4 of this series) would have likely been advantageous to your retirement. I personally have not seen anyone fall off the rails from their retirement plan, but six years of relatively good markets is not exactly a great sample size.

My 2014 series centered around what is the most commonly accepted rule of thumb for retirement, the 4% withdrawal rule. Created by William Bengen, this rule says that if you have an equally balanced portfolio of stocks and bonds, you should be able to withdraw 4% of your retirement savings each year, adjusted for inflation, and those savings will last for 30 years. So if you need $100,000 a year to live in retirement, you will need a nest egg of $2.5 million ($100,000/.04).

The 2014 series discussed some of the deficiencies experts feel are inherent in the 4% rule: the withdrawal rate doesn’t take income tax into account; it ignores management fees; the equity portfolio lacked international diversity (as it was US centric); that it was premised on a historically higher interest rates for the fixed income (bond) portion of the portfolio and used a constant set 4% withdrawal rate.

Since I wrote the initial series, Michael Kitces has come to the forefront as one of the great retirement researchers and planners in the United States. He has written several articles on the 4% withdrawal rule. Mr. Kitces is not only a great researcher, but he is also a very engaging speaker, who is able to passionately break down a complicated topic into plain English. I will therefore link to three YouTube podcasts that I think you will find highly informative and should listen to if you are interested in what your withdrawal rate should be in retirement.

What Michael Kitces says about the 4% withdrawal rule

Mr. Kitces has written and been interviewed about the 4% rule many times over the years. He has noted the following findings in respect of the 4% rule:
So despite the inherent flaws in the 4% rule, I note in the fifth paragraph of this post, Mr. Kitces is of the view that because historical safe withdrawal rates are not based on historical averages but rather on historical worst-case scenarios, the 4% rule is more than an excellent rule of thumb.

Where to hear directly from Kitces

If you are serious about understanding the 4% rule and Mr. Kitces’s views on it, you need to listen to at least one of these YouTube/podcasts:
If you prefer reading to watching, you might want to have a look at this 2015 blog post by Mr. Kitces. It should be noted that Mr. Kitces uses a 60% equity and 40% fixed income model in this study, whereas Mr. Bengen used a 50/50 model.

Have a watch (or least a look if you don’t have time to listen to any of the podcasts) at some of the links above. We’ll pick up the conversation on this series next time by fleshing out some perspective (including dissenting opinions on the 4% rule) on what the 4% rule actually means and offering my suggestions on how to implement the rule into your wealth strategy.
The content on this blog has been carefully prepared, but it has been written in general terms and should be seen as broad guidance only. The blog cannot be relied upon to cover specific situations and you should not act, or refrain from acting, upon the information contained therein without obtaining specific professional advice. Please contact BDO Canada LLP to discuss these matters in the context of your particular circumstances. BDO Canada LLP, its partners, employees and agents do not accept or assume any liability or duty of care for any loss arising from any action taken or not taken by anyone in reliance on the information on this blog or for any decision based on it.

BDO Canada LLP, a Canadian limited liability partnership, is a member of BDO International Limited, a UK company limited by guarantee, and forms part of the international BDO network of independent member firms. BDO is the brand name for the BDO network and for each of the BDO Member Firms.
Labels: financial needs during retirement