Where an individual makes a charitable donation of cash, there is a federal non-refundable tax credit of 15% on the first $200 of donations. For donations in excess of $200, the non-refundable tax credit increases to 29%. In addition, the provinces provide provincial tax credits. In Ontario, for many people, the actual tax savings for a donation will range from approximately 40% to 46% of your actual donation, for any 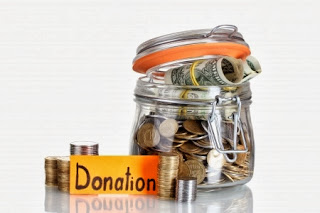 donations in excess of the $200 limit.

Thus, for many Canadian’s, the tax credit obtained when making a donation is close to almost one-half of the actual donation made; not a bad tax savings vehicle, especially when you factor in the altruistic aspect of helping those less fortunate than you.


If you incur a capital gain on the sale of a stock or bond, the income tax rate on that gain at the highest marginal income tax rate is approximately 23%. However, if you donate securities, such as a stock or bond, listed on a prescribed stock exchange, the taxable portion of the capital gain is eliminated and the net after-tax cost of the donation is reduced substantially.

For example, if a high rate Ontario taxpayer (not super-rate) sells a stock for $3,500 that has an adjusted cost base of $500, they would owe approximately $700 in income tax on the capital gain the following April. If they donate the gross proceeds of $3,500, the donation would result in income tax savings of approximately $1600 when they filed their return next April. The net after-tax cost of the donation is $2,600 ($3,500 value of shares/donation less the $1,600 donation tax savings plus the $700 capital gains tax)

However, if the taxpayer donated the stock directly to a charity, the organization would receive $3,500, the taxpayer would receive a refund of approximately $1600 and they would owe no taxes on the capital gain, making the net after-tax donation cost only $1,900.

Clearly, where you have a stock or bond you intend to sell and you plan on donating some or all of the proceeds;  a direct contribution of the security to a charity is far more tax efficient.


Prior to March 22, 2011, you could also donate your publicly listed flow-through shares to charity and obtain a donation receipt for the fair market value of the shares. However, for any flow-through agreement entered into after March 21, 2011, the tax benefit relating to the capital gain is eliminated or reduced. Simply put (the rules are very complicated), if you paid $10,000 for any post March 22, 2011 flow-through shares, only the gain in excess of $10,000 will now be exempt and the first $10,000 will be taxable. 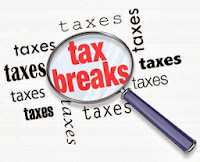 If you are considering donating flow-through shares to charity, ensure you speak to your accountant as the rules can be complex and you may create an unwanted capital gain.


Many people are hesitant to make substantial donations while alive, as they are concerned they may require those funds to pay for medical care or to cover their day to day living expenses. However, they fulfill their altruistic wishes by making a large donation(s) on their death. In general, donation bequests made in your will are deductible on your final terminal tax return, with no limitation. The requirements for supporting these donations can be found on page 16 & 17 of the CRA guide, T4011, Preparing Returns for Deceased Persons 2012.

The guide says “Support the claims for donations and gifts with official receipts that the registered charity or other qualified done has issued, showing either the deceased’s name, or the deceased’s spouse’s or common-law partner’s name".

Your executor can also claim charitable donations made through your will as long as they can support the donations. The type of support you have to provide depends on when the registered charity or other qualified donee will receive the gift:
- the will
– a letter from the estate to the charitable organization that will receive the gift, advising of the gift and its value; and
– a letter from the charitable organization acknowledging the gift and stating that it will accept the gift.


Private Foundations are beyond the scope of today’s post, although, I may discuss this topic in the future. However, for purposes of today’s blog post, I just want to note that wealthy individuals may wish to consider the use of a private foundation. These foundations are typically funded with a large initial charitable contribution (which is a creditable charitable donation as per the general discussion above). The foundation is often formed to create a sense of family philanthropy and donation decisions are often made as a family. Foundations are heavily administered by the CRA and must abide by a number of tax rules, including minimum donation disbursement requirements.


If you give your time and effort to a charity, you cannot receive a charitable donation for your time or any services your provide (see this link). Therefore, I have not included time as of the five ways to make a charitable donation. However, in many ways, it is the best charitable contribution you can make. As someone who has been a Big Brother, granted wishes to various children through the Make-A-Wish program and been on other charitable boards, giving of your time can be very self-satisfying, while helping others in need. Whether you make cash contributions or not, you should consider giving your time and effort to your favourite charity.

As I circle back to my post on Monday, in my opinion, the income tax benefits already in place and the satisfaction of helping others in need should be sufficient incentive to make a charitable donation. We should not require a “super credit” to consider making a donation in the first place. But as I stated, if this credit helps even a few people get in touch with their more charitable sides, then I can’t fault it.