Bitcoins - From Scandal to Currency Investment and Tax Treatment

A few months ago, one of my Twitter followers @Shane604 tweeted me a question about bitcoins and how to account for them on your tax return. I thought the topic was interesting and noted bitcoins as a subject for a future blog. However, with the recent publicity about the Winklevoss twins (of Facebook fame) becoming significant buyers of bitcoins and the U.S. drug-dealing/hitman incident and subsequent seizure of the Silk Road website (If you have not read about this, in a nutshell, Ross William Ulbricht allegedly used his website Silk Road to sell drugs in exchange for bitcoins. Ulbricht also allegedly financed with bitcoins, a hitman to murder a British Columbia man), bitcoins moved with a bullet (so to speak) to the top of my topic list. 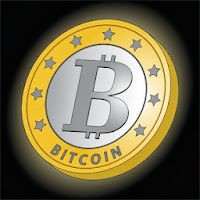 Since I really was only familiar with bitcoins in name, I decided for intellectual curiosity to look deeper into what the heck bitcoins are. I thus asked my firm’s Marketing Manager Jamie Rubenovitch (who is much younger than me and up on this sort of thing -she goes by @writerinplaid on Twitter) to help clue me in. I am still not sure I am "clued in", but at least I now have a conceptual idea of what bitcoins are. By the way, bitcoins are not capitalized according to the Bitcoin website vocabulary.


Jamie told me Bitcoin is a decentralised digital currency, aka online money or virtual tokens, that made its first appearance in 2009. To start accumulating and using bitcoins, you must setup a “wallet”, which means linking your wallet (account) to a physical address or email address. Your wallet then starts generating bitcoins that can be used to pay for any number of products and services that accept bitcoins. For example, online retailers and websites like WordPress accept payment by Bitcoin. You can send and receive Bitcoin payments similarly to how you use PayPal to pay for things online. Bitcoin “money” is exchanged directly through Bitcoin’s peer-to-peer software and bigger and more significant purchases are now beginning to take place with bitcoins, for example realtor fees or even a housing listing in Saskatoon (although the house never sold and the realtor reportedly now does not include bitcoins as a form of payment on his website).

Where do bitcoins Come From and How are they Created?


Despite Jamie's assistance, I was still confused, so I went to the Bitcoin site where they describe how bitcoins work. The site and this video were slightly helpful in my quest of understanding. Jamie went on to tell me that bitcoins aren’t actual money and they’re not backed by anyone or regulated. According to Gizmodo, “Unlike traditional currency, that's backed up by something, (be it gold, silver, or a central bank), bitcoins are generated out of thin air. Through a process called "mining," a little app sits on your computer and slowly—very slowly—creates new bitcoins in exchange for providing the computational power to process transactions. When a new batch of coins is ready, they're distributed in probabilistic accordance to whomever had the highest computing power in the mining process. The system is rigged so that no more than 21 million bitcoins will ever exist—so the mining process will yield less and less as time goes on, and more people sign up.”

Jamie tried to explain this concept of "mining" but I was having trouble coming to grips with what mining means in terms of bitcoins. I thus searched the web some more and found this article by Alex Wawro of PCWorld. I was still murky on the concept until Alex said the following: "The algorithms involved in bitcoin production are far too complex for most non-crypto-nerds to grasp, which is why most people use the term bitcoin mining. It’s analogous to toiling in tough conditions in search of gold. And as with gold, only a limited supply of bitcoins exists." Okay, thank god, you need to be a "crypto-nerd" to understand this. I now felt better; I was not a complete idiot. 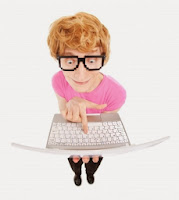 So if you are not a crypto-nerd, are we done? The answer is not necessarily yes; as the article goes on to say "At this point, mining for bitcoins is a very bad idea,” says on Vitalik Buterin, head writer at Bitcoin Magazine. “You’ll basically get nothing. The best way to get bitcoins is to buy them on an exchange.” Finally, a concept I can grasp, investing in currencies.

The Value of a Bitcoin

The Dark Side of Digital Currencies


Bitcoin has received some negative attention for being ideal for illicit business such as gambling, selling drugs, etc. (see Silk Road above), since the currency is both unregulated and untraceable. This makes it easy to spend and sell bitcoins internationally without bank charges or interest rates and also without anyone else ever finding out except the person you’re dealing with. Jamie compares this to a Skype call – it won’t ever appear on your phone bill and no one could tap your phone to catch you on the call – basically no one will ever know you made the call. Likewise, no one will ever know you traded (drugs for) bitcoins as the deal won’t show up on your bank statement and has no paper trace. And just like Skype’s peer-to-peer software, Bitcoin’s peer-to-peer software and digital wallets allow users to trade and sell goods for bitcoins without a physical trace.


According to this CBC article, the CRA is aware of bitcoins and states there are two tax rules that apply to Bitcoin transactions depending on the usage:

1. When a purchase or sale of a product/service is made with bitcoins, barter transaction rules apply. Since bitcoins aren’t recognized as a legitimate currency, they’re considered a good that is being exchanged, or bartered, in the transaction. For example, if you sell your consulting services, the sale price (dollar value of the bitcoins paid) is required to be reported as a sale.

2. When bitcoins are bought and sold as a currency investment (aka the Winklevoss twins), the corresponding gains or losses may be considered income or capital depending upon the facts and any profits/losses would be taxable.

@Shane604 had a great follow-up question on Twitter: “Particularly, with an anonymous currency, how will one prove a capital loss or will CRA just deny bitcoin losses”.

I don't have an answer to this question. If bitcoins have been converted into a hard currency there is clear evidence for income tax. But how do you claim a loss if there has been no crystallizing transaction into a recognizable monetary unit? I would suggest the CRA would not allow such a loss without some kind of documentary evidence, which is why Shane's question is very interesting, but also very problematic.

Another question that arises is what is the income tax consequence of someone being issued a bitcoin for mining? What was the bitcoin issued in exchange for, if anything – have you been paid for computing power services and thus are those services taxable? I would suggest the answer is no and bitcoins are more akin to a coupon issued by a retail store, but that is just my interpretation.

Bitcoins are currently a bit of a nefarious concept and thus not mainstream. In addition, with no central issuing agency, the IRS has no ability to exert pressure to obtain confidential information like they did with the Swiss Banks. However, clearly taxation agencies such as the CRA already have bitcoins on their radar and with high profile cases such as Silk Road coming to light, I am sure the legal and taxation authorities will be paying more attention to bitcoins in the future.


The blogs posted on The Blunt Bean Counter provide information of a general nature. These posts should not be considered specific advice; as each reader's personal financial situation is unique and fact specific. Please contact a professional advisor prior to implementing or acting upon any of the information contained in one of the blogs.
Labels: barter, Bitcoin, bitcoins, currency, mining, Ross William Ulbricht, Silk Road, tax, Winklevoss twins