1. The cost of drafting the agreement.

2. Why Worry? Since the shareholders are family or friends, everything will work out because - well, we are family and/or friends, so what could go wrong?

Consequently, shareholders of many small businesses may go several years before they decide it is time to engage a lawyer to draft a shareholder agreement. Typically the two catalysts to action are:

1. The business has become profitable enough that the shareholders want to ensure if something were to happen to them, their family is well provided for.

2. There is some shareholder friction.

In today’s post, I will discuss two key areas that should be considered/included in any shareholder agreement, whether drafted at the outset of the establishment of the business or years after the business has begun. As many agreements are over 25 pages, please keep in mind I am touching on maybe 30-50% of what is required in a typical shareholder agreement and providing an accountants take on a legal document. I am not a lawyer. If you need an agreement, you must obtain proper legal advice and should get moving on the project, as most agreements take many months to be hammered out.

Key Considerations in a Shareholder Agreement


The two issues I am going to discuss in this post are:

The most common provisions included in a shareholder agreement are:


In order to protect one shareholder from selling to an unwanted or undesirable third party, shareholder agreements typically contain a Right of First Refusal provision.

A related shareholder agreement provision is a Right of First Offer. Under this provision, a shareholder does not need a hard third party offer and can just state the terms on which they wish to leave the company and if the other shareholders do not take them up on the offer, they can sell to a third party on those terms. 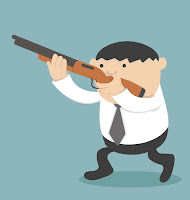 Once the offer is made, the other shareholders must decide whether they wish to buy the offered shares or sell their own shares on the same terms and conditions presented.

While this provision is often useful in shareholder disputes, where one shareholder has more resources than another, they may be dictating the end result of the shotgun, since the shareholder with less finances will not have the resources to fund the purchase of the shares and will be forced to sell.

These provisions will often have a minimum price to protect the minority shareholders from selling at a price they consider too low and/or apply only after they had the opportunity to purchase the departing shareholders shares (which in many cases is not practical given their resources).


It is very important that any shareholders' agreement consider the death and disability of any of the shareholders. I briefly want to discuss one issue that can arise upon the death of a shareholder; that being the flow-through of the capital dividend account to the spouse or estate of the deceased shareholder.

The requirement to redeem the deceased shareholder’s shares generally allows the surviving spouse to receive most of the redemption funds tax-free (via the capital dividend) and the remaining shareholders to obtain control of the corporation, with minimal cash outflow, since typically the insurance covers most if not all of the redemption price payable to the spouse or estate.

The reason I have mentioned all this is; that while most agreements have a clause regarding the redemption of the deceased shareholder’s shares and the requirement for the shareholders to obtain life insurance, I have seen on several occasions no mention that the funds used to redeem the shares must be paid from the capital dividend account ("CDA") caused by the insurance (Nowadays, many lawyers do not specifically reference the CDA, but have a clause requiring the redemption to be made in the most tax efficient manner for the vendor).

Without this clause, the corporation can use the life insurance proceeds to redeem the shares, but keep the capital dividend for itself and its remaining shareholders. While most people would not try and take advantage of such a missing provision, where the shareholders and their families have not got along, the surviving shareholder could try and “stick-it” to the estate of the deceased shareholder without a clear provision.


Many shareholders do not consider that a marriage breakdown by one shareholder can significantly impact the other shareholders. As this post is too long as it is, I will quickly point you to an interesting article published by Jordan Dolgin Do Family Law Clauses in Shareholder Agreements Really Matter? that discusses this topic.

My post today just touches on just a couple points you need to consider in drafting a shareholder agreement. If you have a corporation and do not have such an agreement, I suggest you contact your lawyer and get to work promptly on drafting such.

Bloggers Note: I have disabled the ability to comment on this or any prior blog post. I apologize, but I am too busy during tax season to answer the various questions and comments I receive.

The above blog post is for general information purposes only and does not constitute legal or other professional advice or an opinion of any kind. Readers are advised to seek specific legal advice regarding any specific legal issues.


If you are an owner-manager and/or a shareholder in a corporation and have not signed up for my corporate mailing list, please email me at bluntbeancounter@gmail.com.