As a sports enthusiast, I am always interested in stories that combine sports and income tax. Today, I want to discuss a couple of these stories:

1. Steve Stamkos resigning with the Tampa Bay Lightning in June and the income tax considerations he would have had to ponder (if he ever truly considered the Toronto Maple Leafs as a final destination).

2. The income tax that Canadian Olympic gold, silver and bronze medalists have to pay on the bonuses they earned in winning their medals.


If you are a hockey fan, you were well aware that Steve Stamkos ("Stamkos") was a free agent this spring and that there were rumours negotiations were not going well with his current team, the Tampa Bay Lightning. As result, many Toronto Maple Leafs fans were hopeful Stamkos would sign with the Leafs, his hometown team (some fans felt that spending money on Stamkos at this time would 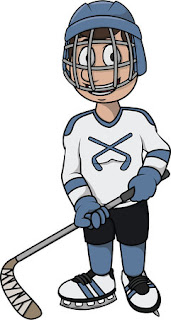 impact the current Leafs rebuild and thought such a move would be a year or two early - but I digress).

In the end, Stamkos resigned with Tampa Bay for a reported contract of $68,000,000 over eight years (or, an average $8.5 million a year), paid as $9.5 million in each of the next five years, followed by $7.5 million, $6.5 million and $6.5 million in the final three years. It was also reported that Stamkos' base salary will sit at $1 million each year, with the rest being paid as a signing bonus.

While Stamkos was deciding where to sign, there were various discussions on whether he would provide Toronto with a hometown discount to offset the preferential U.S. tax system. With the possibility that one of the NHL’s top players would potentially be moving teams, sports writers quickly had to get up to speed with economic and income tax issues.

I asked a friend last June (who prepares U.S. tax returns) to run some numbers comparing Stamkos’s average $8.5 million salary for a Florida resident to an Ontario resident assuming there was no foreign exchange issue (I did this to solely isolate the income tax consequences and to avoid the complications of dealing with fluctuating F/X rates and the purchasing power of the $U.S. – but yes, this would be a large factor in any decision). BTW: I understand that all NHL players are all paid in $U.S.

A huge factor in calculating the income tax variance between the U.S. and Canada is there is no state personal tax in Florida. However, hockey players are taxable in the various U.S. states/cities where they play away games (which would likely push the average tax rate into the low 40s).

It is interesting to note that if the U.S./Canada exchange rate was $1.30 for his entire contract, Stamkos would have been neutral, from a purely cash flow perspective, in signing with Toronto.Yet, per this article, totally speculative and without confirmation, Stamkos supposedly wanted $14million to come to Toronto.

After reviewing the above, you now know why Stamkos and many other players must take into account the income tax considerations when deciding on which team and country to play.


During the Olympics, The Globe and Mail ran a story written by Alicia Siekierska titled “It’s gold – for the taxman. In this article she noted that the Canadian Olympic Committee awards Olympic athletes with bonuses (wow, I never knew this. How un-Canadian to incentivize winning for our athletes :)  if they make the podium: $20,000 for a gold medal, $15,000 for a silver medal and $10,000 for a bronze medal). 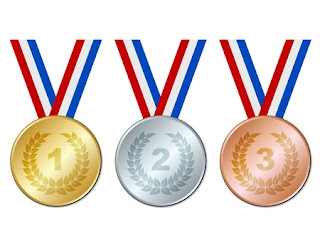 The article discussed that the Income Tax Act paragraph 56(1)(n) considers only certain prescribed prizes as tax exempt. As noted in Income Tax Folio S1-F2-C3, “Section 7700 of the Regulations defines a prescribed prize as any prize that is recognized by the general public and that is awarded for meritorious achievement in the arts, the sciences or service to the public. It is a question of fact whether a prize is considered to have been recognized by the general public for purposes of section 7700 of the Regulations. In making such a determination, one should consider whether there is evidence suggesting a high level of public awareness of the prize and the extent to which the announcement or receipt of the prize is widely publicized by the media. For example, a Nobel Prize given to a scientist or the Governor General's Literary Award given to a professional writer would qualify”.

The article noted that the Olympics are not considered a public service and thus, the medal bonuses paid to athletes such as Penny Oleksiak and Andre De Grasse will be taxable.

The article quotes William Innes, a tax litigator with Reuters LLP. Mr. Innes states the CRA’s position on taxing Olympians prize money is “outrageous”. He feels winning an Olympic medal should fall under the service to the public section noted above. He goes on to say “I would think that the average man or woman on the street would hold that somebody getting an Olympic medal is providing a service to the public”.

For the Penny Oleksiak’s and Andre De Grasse’s of the world, this is probably a bit of a mute issue, as they will receive significant endorsement opportunities dwarfing the bonus money. But for the typical less high profile medal winners who do not have significant funding, it seems unfair they are taxed on their Olympic bonuses. You would think there would be some co-ordination in policy between the Olympic Committee and the CRA.


This site provides general information on various tax issues and other matters. The information is not intended to constitute professional advice and may not be appropriate for a specific individual or fact situation. It is written by the author solely in their personal capacity and cannot be attributed to the accounting firm with which they are affiliated. It is not intended to constitute professional advice, and neither the author nor the firm with which the author is associated shall accept any liability in respect of any reliance on the information contained herein. Readers should always consult with their professional advisors in respect of their particular situation.
Labels: Alicia Siekierska, Andre De Grasse, foreign exchange, income taxes, N.H.L., Penny Oleksiak, Steve Stamkos, The Globe and Mail