This summer, my intention was to play some golf, spend some time with my family and write a few blog posts. As they say, the best-laid plans of mice and men often go awry. 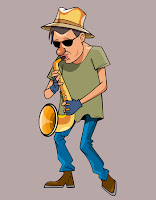 Unfortunately, injuries waylaid my golfing. First I got shoulder tendinitis. (Household tip: If you have a pot light that will not come out and you get frustrated, do not, I repeat, do not, pull as hard as you can downwards and ruin your shoulder). In addition, I had a strained groin (Golf tip: when your feet are in an awkward position due to an awkward lie and the grass is wet, do not swing as hard as possible). I did however eventually recover from both my injuries by late July and got in some golf including a 74 after 17 holes in my club championship that became an 82 after I choked with an 8 on the final hole (2nd golf tip: If you have been using your 5 iron to drive since your driver was inconsistent, do not switch back to your driver on the last hole).

Switching gears, I was much busier with client matters than I anticipated this summer and was unable to find the time I hoped to write some of my blog posts for the fall. In addition, after six years of writing this blog, I had a bit of a writer’s block, that seemed to break in late August.

In any event, I realized that I’m unable to continue to commit the energy and time required to write this blog on a weekly basis. I will be shooting for two to three posts a month, including guest blogs, which will likely increase in number.

This fall, some of the themes I will be writing about include:

1. Tax planning for those with disabilities. I will have a couple guest posts on that topic.

4. I will also continue my “What Small Business Owners Need to Know” series.

So, in summary. I will be writing less this year and in all honesty, I am unsure whether I am staggering to the end or I will get a second wind and will be good for a few more years. See you next week.