On October 3, 2016, the Government announced administrative changes to the reporting requirements for the sale of a principal residence (“PR”) and the designation of the principal residence exemption (“PRE”), which provides for the tax-free sale of your home. The changes were premised on closing a tax loophole that allowed non-residents to buy homes and later claim a tax exemption on the sale by using family members or trusts. While I think the changes in reporting requirements were made in part to close this loophole, a skeptical person may think the government used the “foreign-buyer loophole” issue, to remedy lax reporting requirements for the sale of a PR by all Canadians. 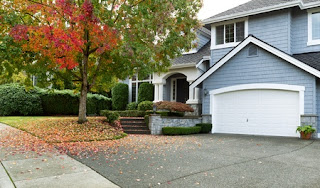 In fact, I suggest the Government will get significantly more revenue from resident Canadians who have been misreporting the sale of their PR, than they will from foreign buyers. I see three (there are more than three, but these are the most obvious) potential areas the new rules will catch the average Canadian:


Starting with the 2016 tax year, the new rules will require you to report the sale of your PR on Schedule 3 - Capital Gains or Losses, of your personal tax return. You will now be required to designate the property as your PR on Schedule 3. Previously, the administrative position of the Canada Revenue Agency (“CRA”) was that you were not required to report the sale of your PR if the property was your PR for every year you owned it.

If you do not designate the property as your PR for all the years you owned the property (such as where you had sold your cottage in a prior year and claimed the PRE for certain years), you are required to also file Form T2091.

I would not be surprised, if in the future, the CRA has follow-up information requests on PR sales, requesting the history of any prior PR sale that was not reportable under the old system to ensure there has been no duplication of the PRE.

However, for any year after 1981, a family unit (generally considered to be the taxpayer, his or his spouse or common-law partner and unmarried minor children) can only designate one property between them for purposes of the PRE. Although the designation of a property as a PR is a yearly designation, it is only made when there is an actual disposition of a home. For example, if you owned and lived in both a cottage and a house between 2001 and 2016 and sold them both in 2016, you could choose to designate your cottage as your PR for 2001 to 2003 and your house from 2004 to 2016 or any other permutation +1 (see formula calculation and discussion of the +1 rule below). 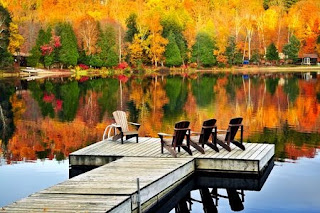 As if the above is not complex enough, anyone selling a cottage and claiming the PRE must also consider the following adjusted cost base adjustments:

1. If your cottage was purchased prior to 1972, you will need to know the fair market value (“FMV”) on December 31, 1971; the FMV of your cottage on this date became your cost base when the CRA brought in capital gains taxation.

2. In 1994 the CRA eliminated the $100,000 capital gains exemption; however, they allowed taxpayers to elect to bump the ACB of properties such as real estate to their FMV to a maximum of $100,000 (subject to some restrictions not worth discussing here). Many Canadians took advantage of this election and increased the ACB of their cottages.

3. Many people have inherited cottages. When someone passes away, they are deemed to dispose of their capital property at the FMV on the date of their death (unless the property is transferred to their spouse). The person inheriting the property assumes the deceased's FMV on their death, as their ACB.


The actual calculation to determine your principal residence exemption is equal to:

The capital gain on the sale of your home multiplied by:

The one year bonus is meant to ensure you are not penalized when you move from one house to another in the same year.


As noted above, the PRE rules are extremely complex and the formula is often misunderstood. Many Canadians have simply understood or pretended to understand that any sale of a home or a cottage was tax-free if it was used by you and your family. Since there were no reporting required on your tax return until these changes, the CRA could not track whether you were properly reporting the sale of your PR. The new reporting will now allow the CRA to track overlapping ownership periods (i.e. you bought your home in 1990 and your cottage in 2000 and sold your cottage in 2016 and claim the PRE for 16 years. The CRA will now have a record that you have used 16 years of your PRE and you cannot claim those 16 years when you sell your home). This required filing will also force you to consider any prior PRE claims that may have occurred during the 16 years above (say for example you had sold the home you purchased in 1990 in 2010 and purchased a new home that same year. Under this circumstance you could not claim 16 years PRE on your cottage).

As noted above, I would expect at some point in the future, to see information requests and audits of reported gains by the CRA, specifically asking about prior PRE claims to ensure there was no overlapping of of PRE claims.


In June of this year, I wrote a post on the income tax implications of divorce where you owned a home and a cottage and the various misunderstandings of how to claim the PRE exemption that arise on divorce. You can read this post if it is of interest to you, but some of the key points I made were as follows: 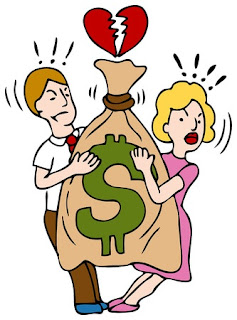 1. A couple can only claim one PRE during the marriage (other than when a spouse who was throughout the year living apart from and was separated under a judicial or written separation agreement). This one PRE rule per couple is clearly noted in this interesting case, Balanko v The Queen.

2. It is vital that the right to the PRE or the allocation of the PRE must be accounted for in any marriage settlement, for both purposes of the actual claim, and the related income tax one of the spouses may incur. If the use of the exemption is not addressed in the separation agreement, it is then a first-come, first-served claim.

I would suggest that many divorced couples have inadvertently double claimed the PRE.


The CRA has been going after “house and condominium flippers” for the last few years. However, since there has been no reporting requirement for the sale of a PRE, if a “flipper” felt or considered the sale to be of their PR, the CRA was constrained in tracking these house flips. While prior sales may be hard to audit, the new rules force someone flipping a house to report the gain as a PRE and I am sure any sale of homes and condominiums that are of short duration will be subject to follow-up or audit.


For the sale of a PR in 2016 or later years, the CRA will only allow the PRE if you report the sale and designation on your tax return. If you fail to report the sale, you will have to ask the CRA to amend your return. Under the proposed changes, the CRA will be able to accept a late designation but a penalty may apply, equal to the lesser of $8,000 and $100 for each month you are late from the original required filing. This is a potentially fairly large penalty for non-compliance. The period of re-assessment will also be extended where a disposition has not been reported.

Wow, what some may have seen as a fairly innocuous change to catch non-residents, will certainly have substantial implications on resident Canadians going forward and in some cases, on previous non-filings related to PRE claims.


This site provides general information on various tax issues and other matters. The information is not intended to constitute professional advice and may not be appropriate for a specific individual or fact situation. It is written by the author solely in their personal capacity and cannot be attributed to the accounting firm with which they are affiliated. It is not intended to constitute professional advice, and neither the author nor the firm with which the author is associated shall accept any liability in respect of any reliance on the information contained herein. Readers should always consult with their professional advisors in respect of their particular situation. Please note the blog post is time sensitive and subject to changes in legislation or law.
Labels: cottage, divorce, house flipping, principal residence, principal residence exemption, Schedule 3, T2091