In the 2014 Federal budget, the government announced it would begin public consultations (consultation is a code word for: we are making changes, but we will consider your thoughts on the matter) into repealing the rules that governed eligible capital property (ECP). They also proposed, subject to these consultations, that the ECP regime would be replaced by a new capital cost allowance (CCA) class. 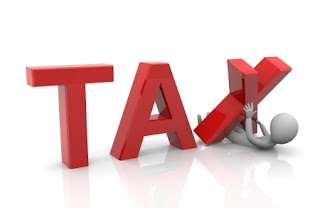 Two years later, the 2016 Federal budget was released and not surprisingly, the legislation proposes the removal of the ECP regime and the introduction of a new CCA Class 14.1 effective January 1, 2017.

Many of you are probably saying to yourself, what the heck is ECP and why do I even care. Today, I will explain what ECP is and why you as a business owner should care about these changes.


ECP is essentially “intangible assets” that do not qualify for the CCA rules (CCA is the tax word for depreciation). ECP also includes internally generated assets, such as goodwill, which are not reported on the balance sheet or tax return until there is a disposition of such. In addition to goodwill, some other common examples of ECP are:


What are the main changes?


The most impactful change will be to Canadian-Controlled Private Corporation’s (CCPC) and how the disposition of ECP is treated subsequent to December 31, 2016, which I will address separately in a bit more detail below.

The way the ECP regime works now is; 75% of any expense for ECP is added to a pool, and each year 7% of the remaining pool can be deducted on a declining balance in the company’s return against income. When ECP is sold, there may be recaptured depreciation which is fully taxable, plus effectively 50% of any resulting gain which is taxable as active business income. The other 50% of the gain goes into the Capital Dividend Account ("CDA"), which can be distributed to the shareholders tax free. See my blog post on the CDA if you are not familiar with this account.

The new rules will allow 100% of any expense for ECP to be included in a new CCA class (14.1), and each year 5% of the remaining pool can be deducted. Rules that currently govern CCA such as the half year rule and recapture will apply to the new 14.1 CCA class. When ECP is sold after December 31, 2016 in excess of capital cost, the resulting gain will be treated as a capital gain (unlike the active business income treatment noted above), such that 50% of the gain is taxable and taxed at the high investment income tax rates. This change will have the largest impact of these new rules.

I know this discussion is technical and complicated, but I need to set forth the new rules. I have an example below that will hopefully bring everything together and clarify the issue.

There are a number of other transitional rules (e.g. pre 2017 dispositions for non-calendar year ends straddling January 1, capital cost determinations) which this blog will not cover due to the complexities involved.

The new rules will allow you to deduct immediately the first $3,000 of incorporation expenses, with anything above the $3,000 going into class 14.1. In prior years only 75% of the expense was allowed and it took years and years to get the tax benefit.

What happens to my current ECP pool after December 31, 2016?


In general terms, whatever your ending ECP pool balance (Schedule 10 of the corporate tax return) is on December 31, 2016 will become the opening balance of Class 14.1 on January 1, 2017. As noted above, there are separate transitional rules for companies that have year ends that straddle January 1, 2017 but in general terms the ending ECP balance will equal the opening Class 14.1.

For any ECP incurred before 2017, the company will be able to use a 7% CCA rate for 10 years, consistent with the deduction rate of ECP that is currently in place. After 10 years the CCA rate will revert back to the 5% rate applicable for Class 14.1. In addition, in order to allow any small balances of pre 2017 ECP to be written off quickly, the Class 14.1 CCA deduction for 10 years will be the greater of $500 and the amount otherwise deductible (i.e. 7% of the pool).

Dispositions of ECP After 2016


As mentioned above, the biggest change going forward for CCPC’s is that for a sale prior to January 1, 2017, the gain is taxed as active business income, and for a sale subsequent to this date, the gain will be taxed as a capital gain. This is best reflected by using an example. So, let’s assume an Ontario CCPC sells goodwill that results in a $200,000 gain.

If the sale takes place on January 1, 2017, $100,000 (50% of the gain) will taxable to the company as a capital gain, resulting in taxes owing of $50,170, a portion of which would be refundable only after a taxable dividend is paid to the shareholder. The immediate taxes owing on this sale are $23,000 - $35,000 higher than if the sale had occurred one day earlier. It is important to note this is essentially a loss of a tax deferral, not an absolute tax cost; as the deferral of tax by retaining funds from the sale in the company is essentially lost under the new rules.

In both of the above scenarios, the other half of the 50% gain is still added to the Capital Dividend account of the company, and available for distribution to shareholders tax free, so no change in that regard. One small advantage to the new rules will be be the date you can make the tax free payment out of the capital dividend account. For sales of ECP before January 1, 2017 you would have to wait until the first day of the following tax year to pay out the capital dividend, whereas the new rules will allow the payment of the capital dividend as early as the day after the sale.

Asset sales that include ECP will likely prove to be more difficult to negotiate after 2016 due to the higher tax cost, as the seller will be looking for a higher purchase price to cover the additional tax.

It may be prudent, in situations where your current accountant would not have this information, to begin compiling the following information:


This information will assist your accountant in determining the gain on a disposition of ECP that occurs after January 1, 2017.

What planning can be done?


If your CCPC is planning on selling its business in the future via an asset sale or hybrid sale (versus a sale of shares), or selling any ECP of the company, serious thought should be given to completing this sale before January 1, 2017.

If your CCPC has a significant amount of internally generated goodwill, and no external method of sale is available before January 1, 2017, it may be possible to complete an internal reorganization to take advantage of the current ECP rules. This is extremely complicated and before you consider undertaking this type of transaction, you must speak with your accountant/tax advisor to determine if this is a viable option.

With less than 3 months until the transition date, if you think your company may be adversely affected by the new rules, now is the time to speak to your advisors.

I would like to thank Colin Sirr, Manager, Tax, for BDO Canada LLP for his extensive assistance in writing this post. If you wish to engage Colin for ECP tax planning, he can be reached at csirr@bdo.ca


This site provides general information on various tax issues and other matters. The information is not intended to constitute professional advice and may not be appropriate for a specific individual or fact situation. It is written by the author solely in their personal capacity and cannot be attributed to the accounting firm with which they are affiliated. It is not intended to constitute professional advice, and neither the author nor the firm with which the author is associated shall accept any liability in respect of any reliance on the information contained herein. Readers should always consult with their professional advisors in respect of their particular situation. Please note the blog post is time sensitive and subject to changes in legislation or law.
Labels: capital gain, cca, customer lists, ECP, Eligible Capital Property, goodwill, trademarks