Privacy Laws in Canada and the Income Tax Implications


Many individuals throughout the world have utilized traditional banking-secrecy strongholds, such as to avoid paying taxes. In 2009, the Internal Revenue Service (“IRS’), fully aware of such activity, coerced UBS AG (a Swiss bank) to turn over information on 4,450 accounts held by US persons.

Canada, which is also trying to clamp down on tax evasion is supposedly also prepared to take UBS to court to gain access to Canadian accountholder details. has been pressing UBS since early September 2009 for the names of Canadian bank accountholders, but has had limited success to my knowledge.

However, many Canadian clients of UBS AG have contacted the Canada Revenue Agency (“CRA”) to voluntarily disclose income they previously failed to report. According to press reports, at one point in 2010, thirty-two of those customers reached settlements with the Canadian government, allegedly reporting over twenty-five million dollars in income. has had some success obtaining information from domestic financial institutions as noted in this article. 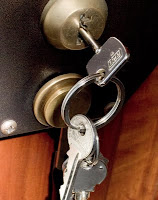 Personally, I have no issue with the IRS or the CRA breaching privacy laws where there is clear evidence of tax evasion. I pay my taxes - why should I care about the privacy of someone evading taxes using the secrecy of the Swiss banking system?

However, as discussed in Barrie McKenna’s article “Privacy Commissioner eyes the long arm of the tax law" , the tax authorities want to force all foreign financial institutions to identify Americans and their bank account information. This violates my personal boundary for invasion of privacy in regard to tax evasion.

It is my experience that Americans living in are not “evading” income taxes, but are what I will call non-filers. As discussed in my recent blog, although the IRS expects to find a significant number of Americans who have not filed income taxes returns (required because the US income tax system is based on citizenship not residency), these people are usually (a) unaware they have a U.S. filing obligation, or (b) are aware and just do want the hassle of filing. As noted in my blog, whether a citizen falls under scenario (a) or (b), in most cases if their income is not source, they will not owe any income taxes to the

Thus, the $64,000 question: is the act of not filing income tax returns tax evasion, even if no income tax will be owed? And, if it is tax evasion in your opinion, does it even compare to the blatant income tax evasion of those who hide their assets for income tax purposes in ? It is interesting to note that even Finance Minister Jim Flaherty argued that is not a “tax haven” in Barrie McKenna's article.

In my opinion, there is such a clear distinction between the tax evaders and the non-filers that I feel the breach of privacy is justified in the Swiss tax evasion scenario, whereas in the case of non-filers, the breach of the privacy laws is unjustified.

I seem to recall that the IRS has in the past, considered or used a tax clemency for foreign non-filers. I would suggest that the IRS have a clemency or tax amnesty program for any year prior to say 2011 where an individual has income tax of less than say $1,000 owing in regard to a prior year not filed.

There should also be a highly publicized move-forward position that tax returns are required for all citizens (and green card holders) living outside the U.S. and that there is a standard penalty for non-compliance. Something along those lines would solve the non-filer issue and avoid the invasion of people’s privacy where there is no “true” tax evasion.


The blogs posted on The Blunt Bean Counter provide information of a general nature. These posts should not be considered specific advice; as each reader's personal financial situation is unique and fact specific. Please contact a professional advisor prior to implementing or acting upon any of the information contained in one of the blogs.
Labels: banking information, IRS, non-filing tax returns, privacy, tax evasion, taxes

© All rights reserved. The Blunt Bean Counter at 12:05 AM
Email ThisBlogThis!Share to TwitterShare to FacebookShare to Pinterest