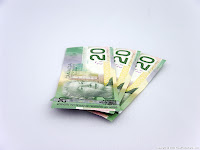 I find the psychological aspects of money fascinating and in July, I wrote a blog called How we look at Money. Today, I want to discuss a post on the Psyblog (written by Jeremy Dean, a researcher at University College of London working towards his PhD) called The 3 Reasons Money Brings Satisfaction But Not Happiness.

Jeremy puts forth the following three reasons why money doesn't make us happy:


Jeremy says money is relative. He says “we don't mind so much about our actual level of income, so long as we're earning more than other people around us. Unfortunately as we earn more money we're likely to be surrounded by richer people so we often end up failing to take advantage of the positive comparison.” 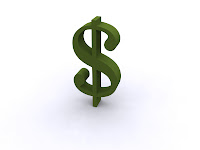 I would be interested in knowing if there is a correlation between increasing income and the importance of relative income; or is relative income as an important measure at lower income levels as it is at higher income levels? One would think meeting basic needs would be far more important the lower your income level, but maybe not. As for those with a higher income, I think we all know someone who needs to earn more than their friends and the people they grew up with, but as they earn more, they essentially social climb into another strata and, as Jeremy says, become surrounded by richer people, requiring them to climb another social strata in a never-ending loop.


Jeremy says “acquiring things like houses and cars only have a transient effect on happiness.” Jeremy even states that materialism makes us less happy.

I think we can all somewhat relate to this comment. We often strive for a material item and sometimes, after achieving it, there is almost a letdown as the journey was more exciting than reaching the mountaintop. However, let’s say you love to jet-ski; the acquisition of the sea-doo would seem to have a lasting effect on happiness, so I am not sure I am 100% in agreement on this one.

People don't shift to enjoyable activities when they are rich

Although true in some cases, I certainly observe many people golfing 3-4 times a week or hanging out at their cottage in the summer enjoying themselves and their financial wealth. 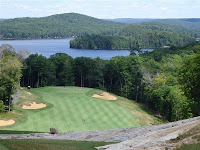 Finally, Jeremy in his blog notes that Nobel-prize winning psychologist Daniel Kahneman says “the idea that the reason people continue to think money makes them happier is that chasing it leads to conventional achievements. Conventional achievements include things like getting that coveted promotion or being able to afford that big house - in other words things that say loud and clear: here I am and this is what I can do.”

Jeremy concludes that “in fact, people with more money and status are just more satisfied with their lives, not happier”.

Jeremy asks an interesting question in his blog posting and I will conclude this posting with the same question, “before you scoff at this think about whether you'd rather be satisfied or happy?”


The blogs posted on The Blunt Bean Counter provide information of a general nature. These posts should not be considered specific advice; as each reader's personal financial situation is unique and fact specific. Please contact a professional advisor prior to implementing or acting upon any of the information contained in one of the blogs.
Labels: happiness, money, money status, satisfacation

© All rights reserved. The Blunt Bean Counter at 12:08 AM
Email ThisBlogThis!Share to TwitterShare to FacebookShare to Pinterest