Are RRSPs the Holy Grail of Retirement Savings or the Holey Grail?

In March 2011, I wrote a blog post disputing Jamie Golombek’s assertion that RRSPs are not the Holy Grail of retirement to Canadians. In May 2011, I followed up the above noted blog with another post in which I attempted to reflect that RRSPs are only accessed under financial duress. 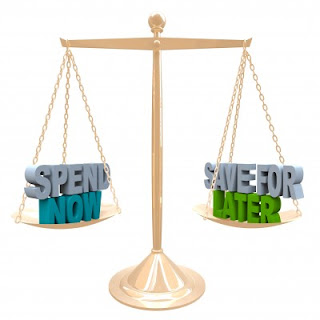 Based on the above two blog posts, clearly my opinion has been that RRSPs are the Holy Grail of retirement planning for Canadians. However, I am beginning to wonder if my personal experience in dealing with higher net worth people who tend not to "touch" their RRSPs, has distorted my view of the situation and RRSPs are really a "Holey Grail".

The catalyst that has led me to second guess myself as to whether RRSPs are really sacrosanct is a recent poll (of 2,013 people) undertaken by the Scotiabank on Canadians' mindset regarding RRSPs.

What I personally found shocking about the poll was that “Canadians aged 55+ (41 per cent) are more likely than 18-34 year olds (32 per cent) and 45-54 year olds (30 per cent) to have taken money out of their RRSPs”. Although one must take into account people greater than 55 years old will have larger RRSPs from which to withdraw, one would think that of anyone, those closest to retirement would consider their RRSPs as Holy Grails. However, as noted by the Canadian Investor in the comments area, some +55 year olds may be accessing their RRSPs as part of their retirement plan, in essence lowering and/or smoothing their income tax liability and funding retirement expenses.

I summarize the poll numbers below (Note: I have used the numbers in the Scotiabank press release and from an article in the Financial Post by Garry Marr on “What not to buy with your RRSP”, to pull these numbers together, as I could not directly access the survey).

Reasons People Withdraw from Their RRSPs

Holy Cow - Did you really use your RRSP for a Suntan?


So, let’s step back for a moment to review the reasons provided by Canadians for withdrawing money from their RRSPs and examine whether my postulation that RRSPs are the retirement Holy Grail is flawed.

In total, 14% of RRSP withdrawals are used for home renovations and vacations; two fairly self-indulgent and discretionary expenses, that most would suggest should not be funded by a RRSP. What is scary is that number would be much higher if we added the percentage of day-to-day expense withdrawals that were for discretionary expenses such as tablets and TV's. Ouch, not much of a holy grail.


The Scotiabank poll still reflects that 64% of the population do not access their RRSPs and that percentage would move closer to 70% if we exclude the legislated conversion of RRSPs to RRIFs, which are not true withdrawals.

If you believe that first time home purchases are technically just loans from your RRSP and not true withdrawals, the percentage increases to almost 85%. Finally, if you believe paying back debt is just a result of financial duress and not because RRSPs are holey, it could be argued the percentage of people accessing their RRSPs is a relatively small narcissistic percentage.

So let's look at the top two reasons for RRSP withdrawals in greater detail.


As noted above, the largest single reason for withdrawing money from a RRSP is the purchase of a first home. This is an extremely complex issue to analyze, because the CRA has condoned the use of RRSP funds for first-time home buyers. Many people make RRSP contributions they would never have made in the first place, knowing they will get an immediate income tax deduction and tax refund, while keenly aware that they will utilize these RRSP funds to assist in purchasing a home in the short-term.

In the Scotiabank press release, Bev Moir, a ScotiaMcLeod Wealth Advisor, said the following: "Investing in a home and investing in retirement are both important parts of life and finding a way to balance both is key. If Canadians are going to take money out of their RRSP for a major purchase like a house, they need to have a plan in place to return that money as soon as they can so they don't limit their options in the future. “

The problem I have with Ms. Moir's statement is that it ignores the reality of the situation. People buying their first home typically struggle to just repay the yearly minimum Home Buyers Plan (HBP), which is re-payable over 15 years. In my CA practice, it is my experience that many people do not make the required yearly HBP repayment. The consequence of non-payment is that the required payment amount becomes taxable income in that year; which results in additional income tax and a further deterioration of potential retirement funds. Even where people have a plan and make the yearly repayments, years of tax-free compounding are forgone and their future retirement options may be limited to some extent.

Here is what Rob Carrick of the Globe and Mail has to say on this topic. In his book How Not To Move Back In With Your Parents Rob says that when people ask him should they contribute to their RRSP so they can withdraw money under the HBP his answer is "Uh no. You contribute to an RRSP to save for retirement. If you need some of your RRSP to afford a house, fine. But there's too much of a tendency for people to see RRSPs as a savings account from which money can, if necessary, be withdrawn."

Personally, I don't think using a RRSP to purchase your first home negates my Holy Grail argument. The intention of the HBP program is in essence to provide a 15 year or shorter term "self" mortgage, while keeping your RRSP whole; however, like any legislation that has more than one objective, both objectives cannot be fully satisfied.


I discussed the issue of excessive Canadian debt in my blog, Debt – An Ugly Four Letter Word. Accessing RRSP funds to pay down debt is a blog on its own, so for now, I will only say, often RRSP withdrawals related to debt repayment are accessed under financial duress. Now whether this duress is self-inflicted due to excessive discretionary spending is another question entirely.

Rob Carrick in his book states that "there are better ways to accomplish this very worthwhile objective" than using your RRSP to repay debt. I discuss some of these ways in my above noted Debt blog post. Rob also makes a great point in noting that the statutory withholding tax rate attributable to RRSP withdrawals is often less than the person's marginal income tax rate, which can result in an income tax shortfall, which creates yet another new debt. In that regard, if a RRSP is accessed by a taxpayer in the 31% marginal tax bracket (the tax bracket the average Canadian would be in) to pay down debt, they will only be applying approximately $69 of each withdrawal to pay down their debt after the CRA takes its tax bite.


At this point, I can only suggest that RRSPs are the Holy Grail for at least 70% of Canadians. However, for a disturbingly large segment of the population, RRSPs are the Holey Grail. For this percentage of the population, instant self-gratification, whether in the form of a nicer house, vacation or the latest electronic gadget, is of greater importance, than a distant concept called retirement. As for the high percentage of 55+ year olds making RRSP withdrawals, I am very concerned for their retirement if the withdrawals are not being made as part of their retirement plan.


The blogs posted on The Blunt Bean Counter provide information of a general nature. These posts should not be considered specific advice; as each reader's personal financial situation is unique and fact specific. Please contact a professional advisor prior to implementing or acting upon any of the information contained in one of the blogs.
Labels: Garry Marr, holy grail, home buyers plan, how not to move back in with your parents, jamie golombek, retirement, rob carrick, RRIF, RRSP, rrsp withdrawls, RRSPs, scotiabank

© All rights reserved. The Blunt Bean Counter at 12:02 AM
Email ThisBlogThis!Share to TwitterShare to FacebookShare to Pinterest