Paying Cash to Avoid HST– What’s in it for the Contractor/Service Provider?

A few weeks ago while waiting in line at the bank, I overhead a customer in front of me bragging to his friend about how he had saved several hundred dollars in HST by paying a painter in cash. I thought to myself, besides being illegal, this guy was totally oblivious to additional tax benefits he had conveyed upon the service person by paying him the full price of the service, sans HST. So, I thought today, I would discuss the overlooked aspect of why (other than competitive pressures) any supplier, service provider, contractor, professional etc. would agree to an illegal act by accepting cash for their services?

This question brought me back to an article Roma Luciw of the Globe and Mail wrote in September, 2012, titled “Most Canadians have paid under the table to avoid tax" in which she stated that “Most Canadians have paid cash in order to avoid the sting of taxes – and they don’t feel bad about it either, according to a new poll.” Roma noted that for 2008, Statistics Canada reported the underground economy in Canada to be in the ballpark of $36 billion dollars – a staggering figure.

I was quoted in Roma’s article as saying the following: “Retailers and contractors who get paid under the table are clearly evading income tax. They would not only be subject to income tax on any sales not reported but potentially subject to penalties for tax evasion." I also suggested that "Contractors and retailers run the risk that consumers will snitch on them to the CRA, if the good or service does not meet their expectations, while consumers risk having no legal recourse without an invoice for the goods or services.”


Any cash payment for services or goods has two distinct components: (1) the avoidance of HST and (2) as I note above, the avoidance of income tax. I don’t think many people give much thought to the second issue when they pay cash for services, so that’s the area I want to key on in my post today.

Let’s return to the person in line at the bank. It is clear he illegally saved 13% in HST and based on Roma’s article and the attitude of most Canadians, he probably did not lose much sleep over the matter. But how about the painter who provided the service, how did he make out? Let’s take a look at his situation.

Say the bank-goer paid the painter $1,000 in cash. Let’s also assume that the painter paid his assistants $400 in cash to help paint the house.

But what if the bank-goer had refused to pay cash and the painter recorded the transaction properly in his books? 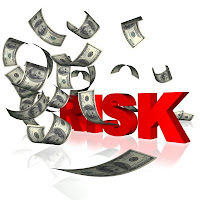 What if the $1,000 cash was paid to a professional who did not require any assistance in providing his/her professional services? He or she would receive $1,000 and would keep it all. Since the professional would probably be in the 46% tax bracket, they would save $460 by accepting the cash. In this circumstance, their tax savings would be approximately three and a half times the savings of the person not paying the HST on the service provided.

It goes without saying that not paying HST and income tax is illegal. I am not in any way condoning the payment of cash. My intention in posting this blog is to point out how much money leaks out of the system when people pay for services or goods in cash and how the service provider benefits to a much greater extent than the consumer for taking the risk of evading income tax.


I would like to take a minute to point out an initiative that I think is worthwhile and fun for stock pickers and closet stock pickers alike. I’ve participated in the Blog for Financial Literacy Campaign and created the Bloggers for Charity Initiative … and as you know, I feel strongly that everyone should work towards financial literacy and help those less fortunate wherever and however possible.

Steps Foundation, an organization that supports financial literacy education programs in Toronto, is holding its “Bay Street Stock Market Challenge” this week (June 25-July 26) to raise money for financial literacy education. I hope you have time to check it out and test your market and investment knowledge with their virtual stock and option trading. (I’m told you are given $100,000 USD and $100,000 CAD of virtual money. The participant with the highest portfolio value at the end is the winner and claims 50% of the event’s proceeds).

As a side note, a portion of the funds raised during the competition will help Steps Foundation continue to fund a debt management clinic at WoodGreen, a charity my firm has been actively involved with. The firm and staff have donated money and one year the whole firm spent a day during the summer building furniture for the single mothers who work hard to get education and jobs to provide for their children.

So please consider entering the contest and supporting financial literacy, although it will be tough trying to beat me :).


The blogs posted on The Blunt Bean Counter provide information of a general nature. These posts should not be considered specific advice; as each reader's personal financial situation is unique and fact specific. Please contact a professional advisor prior to implementing or acting upon any of the information contained in one of the blogs.
Labels: cash payment, HST, income tax, risk, Roma Luciw, Steps Foundation, tax evasion, under the table, underground economy, Woodgreen

© All rights reserved. The Blunt Bean Counter at 7:25 AM
Email ThisBlogThis!Share to TwitterShare to FacebookShare to Pinterest