I may be old school, but I still believe in Registered Retirement Savings Plan (“RRSPs”). I say old school, as lately it has become fashionable to bash RRSPs, because of the deferred tax liability upon retirement. As result, some people have stopped contributing to their RRSPs (using TFSAs) and others are withdrawing from their RRSPs. 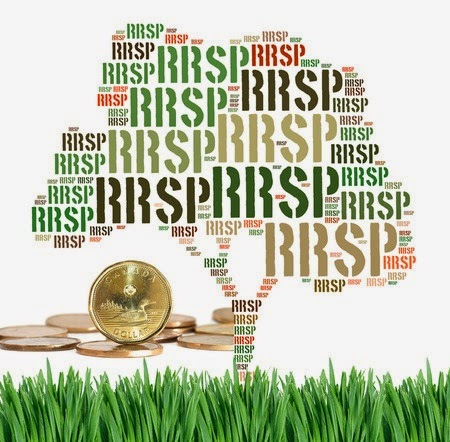 Today, I will not get into the argument of whether RRSPs are good or not, nor discuss when you should contribute to a TFSA in lieu of a RRSP (that is a blog post for another day). What I will speak about is the tax traps for those of you who have withdrawn or will withdraw from your RRSP this year.

In my opinion, RRSPs should only be withdrawn under four scenarios:

1. To utilize the Home Buyers’ Plan (“HBP”); a plan that allows first-time home buyers to withdraw up to $25,000 from their RRSPs to purchase or build a principal residence (although, as Rob Carrick discusses in this article, it is questionable whether housing should come before retirement).

2. To utilize the Lifelong Learning Plan (“LPP”); a plan that allows you to withdraw amounts to finance full-time training or education for you or your spouse.

4. Income smoothing (you cash part of your RRSP to take advantage of a tax year in which your marginal tax rate is lower than you expect in future years).

Regardless of the reason you tap your RRSP, you should be aware of the following two tax traps.

Withholding Rates Are Lower than Your Marginal Tax Rates

The tax trap is that your marginal tax rate is most likely in excess of the income tax withheld. For example, say you withdraw $50,000 (30% tax is withheld) from your RRSP in 2015 and your income from other sources will be $85,000. The marginal tax rate attributed to the extra $50,000 RRSP withdrawal will be approximately 43% depending upon the province you live in.

Thus, in the above scenario, you would owe approximately $6,500 ($50,000 x 13% [43%-30% withheld]) in April, 2016. You would not believe how many times in my career I have had clients withdraw money from their RRSPs (usually without asking my opinion) who are shocked that they owe substantial amounts at tax time because of the marginal rate trap.

When a client speaks to me beforehand, I calculate the income tax shortfall on the withholdings and inform them how much to put aside for their additional income tax payments. If you have withdrawn money from your RRSP in 2014, you may be in for a "tax shock". If you have withdrawn money in 2015 or plan to do so this year, I suggest you determine online, or with your accountant, how much more your marginal rate is than the statutory withholding and put that money aside.


I have written about the matching penalty several times. Quick recap: under Subsection 163(1) of the Income Tax Act, where a taxpayer has failed to report income twice within a four-year period, he/she will be subject to a penalty. The penalty is calculated as 10% of the amount you failed to report the second time. A corresponding provincial penalty is also applied, so the total penalty is 20% of the unreported income. Yes, that is income not reported, not tax underpaid!

I have been contacted on my blog by several people who have incurred substantial matching penalties when they are caught not reporting their RRSP withdrawals. Now I know you are saying, “Mark, who the heck does not report their RRSP withdrawals?” It is not that hard to do. In a typical situation, someone has withdrawn from their RRSP earlier in the year, and either forgotten about it or assumed they have already paid the tax and are not overly fussed about it. When this forgetfulness or blissfulness is combined with lost mail or an address change such that they do not receive their T4RRSP, a very expensive tax trap may happen.

Firstly, they will be assessed the $6,500 in income tax noted above because of the marginal rate trap, but they will also be assessed a penalty of $10,000 ($50,000 x 20%) under the matching program. Remember, I said the penalty is based on the income not reported, not the tax owing. (Note: If the RRSP had not been reported in one of the three preceding years and the T5 slip is missed in 2014, the penalty would only be $10, a strange result).

If you have made, or plan to make a RRSP withdrawal in 2015, please ensure you set aside the proper amount of income tax to cover any marginal rate “gap”. If you withdrew money from your RRSP in 2014, ensure you receive your T4RRSP tax slip. If you do not receive it, call the financial institution for a copy and don’t get caught with a matching penalty.