A few weeks ago, you may have read my blog post on the new Ontario Retirement Pension Plan. The post discussed who would be considered an employee (required to join the plan) vs self-employed (excluded from the plan). One of my readers, we will call him Joe Business commented as follows:

"I'm not sure what makes me angrier. That I'm forced to incorporate to get contract jobs with Canadian banks (otherwise I'm not considered) or:
I will refrain from submitting any comments until I can do so politely."

Joe voiced many of the various frustrations small business owners’ face, so I half-jokingly suggested to him; "maybe you can write me a guest blog on the travails of a one person corporation; you are off to a good start :)".

Surprisingly, Joe took me up on this offer and below he writes about the trials and tribulations of an infant business. As someone who deals with small business owners on a day to day basis, I found his post candid and representative of what I often hear. 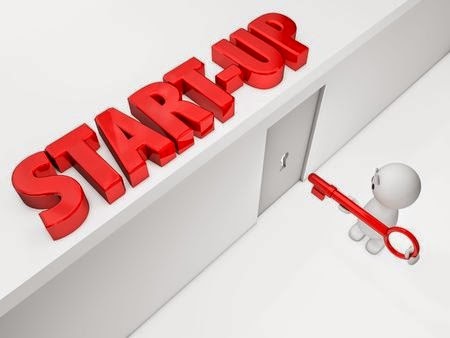 I hope you enjoy his post. However, first the obligatory caveat. Joe's views are his own and not necessarily representative of mine nor any firm I am affiliated with.


I believe every corporation’s birth story deserves to be told. Every company started as someone’s baby with the most honourable goal of creating something pure, something new, or possibly to avoid taxes/personal liability. So when Mark suggested I write a few words on my baby’s first steps, it was a father’s dream.

It all started with a Kickstarter campaign in February 2014. I had the optimistic goal of getting free money from strangers to create an innovative product. As any Kickstarter funds I received would be included as income at my highest personal tax rate, I decided to incorporate to access the small business deduction. Thirty minutes and $200 later, the corporate entity was born.

For the Kickstarter campaign, I needed a corporate (non-personal) chequing account to receive all those oodles of money these strangers were going to send me. I wanted to find the cheapest corporate account I could find, as I did not expect to have that many transactions, save the sweet glorious cash Kickstarter would deposit into the account (less the 15.5% in small business taxes). Despite some hesitancy, RBC account managers confirmed they offered a free eBusiness account though that was clearly not their preferred option. By the way, going with one of the big 5 banks makes it much easier to pay the CRA later on (though I didn't know this yet).

Within minutes my Kickstarter campaign had begun! And then it ended. Prematurely; because I was embarrassed no one but my wife had pledged after a month. You might even say it was a dismal failure.

Months later I still owned this worthless corporate legal entity, but as it happened, a recruiter found me on LinkedIn and offered me a contract position as a consultant. There was a clear preference to deal with a corporation rather than a sole proprietor and all invoicing had to go through a third party. Rather than pay a lawyer, I read the forty pages of legalese and determined it was mostly written to shield the client from any and all liability. I decided then that if I was going to go down this path, I had to believe the client found value in my services.

My wife wasn't happy with this new arrangement since I was giving up a perfectly adequate full time position. But with all my coworkers getting laid off, it did seem like an optimal time to jump ship. And so my foray into self-employment had begun!

I hired an accountant right away based on a localized Google search. I picked the second one I found because he had fewer online reviews than the first and I assumed I’d get more focused attention with him. This sounds unwise in hindsight. Despite my lack of due diligence, he easily saved me several headaches and avoided a 30% kiddie tax on dividends in our first meeting, so I guess I got lucky.

My new job started and to date has worked out. That part was easy.

But recently, the CRA has been auditing IT contractors calling them “Personal Service Businesses ("PSB")” or basically, incorporated employees. As I understand, where the CRA reassesses your business as a PSB, you are essentially allowed no deductions other than salary and as result, your ultimate tax rate can approach 59%.

I know of a family friend who fought and ultimately won against the CRA in a similar disagreement; but it had dragged out for almost 10 years in delays and appeals. Even winning can result in a severely weakened company.

I met other contractors in a similar boat but found that their accountants had never even mentioned the problems with the PSB designation.

At least three contractors only paid themselves dividends and no salary at all! Another contractor who knew of the PSB designation chose to pay himself only a salary and a large bonus if he hits his "sales" target. His repeated phrase to me was “it’s going to be really expensive when those guys get caught.”

I recently added a simple Health Spending Account (HSA) to my corporation, but even this came with headaches. The first HSA suggested by another contractor used their services and showed me an email where the administrator indicated that any money added to his HSA would never expire.

This appears to contravene the CRA who specifies some risk must be incurred to be a taxable benefit (I actually had to look through CRA archives to find out about this distinction). In this case, you might as well just pay yourself extra salary to cover the health benefits - regardless of whether it’s a valid health expense or not. Later the administrator corrected herself and said they do expire after 2 years. But by then I had gone with someone else.

The HSA I went with does something strange - any health benefits you submit must then be paid for directly by your company (plus a premium charge) and then it’s paid to your personal account (tax free). This also looks like it contravenes the CRA’s rules, except the HSA also includes a high deductible health care over $10,000 dollars. I’m not an expert but I guess this is the “risk of loss” that the health spending account requires to qualify for the CRA’s rules.

Recently, the Ontario government has introduced a new Ontario Retirement Pension Plan (ORPP) because the government does not feel the middle class can save enough on their own for retirement. This plan will guarantee retirement for the middle class at a cost of $1,720 for the employee each year, and another $1,720 you must match as an employer. For self-employed incorporated employees this will result in a $3,420 added tax on top of the $4,900 in CPP they already pay each year. Unlike other savings vehicles, the money is not accessible when the small business might need it and can't be used as loan collateral. I have no wish or need for this retirement plan. I've always saved greater than 15% of my salary since I was 19 and I have a pretty good idea what my expenses are. I've begged my MPP to allow people like me to opt out (or be exempt). At least he'll think twice before riding the Go Train again.

As I understand, I can simply pay myself dividends instead of salary to avoid this new ORPP - but that introduces a substantial risk of a 59% tax on that whole PSB label above. I'd also be forced to avoid the CPP as well.

My corporation turned one year old on February 6th. And like the little human infants who take their first steps, there are a few falls along the way. Hopefully it will grow and mature and become self-sustaining, old enough one day to leave the nest and be out on its own.


This site provides general information on various tax issues and other matters. The information is not intended to constitute professional advice and may not be appropriate for a specific individual or fact situation. It is written by the author solely in their personal capacity and cannot be attributed to the accounting firm with which they are affiliated. It is not intended to constitute professional advice, and neither the author nor the firm with which the author is associated shall accept any liability in respect of any reliance on the information contained herein. Readers should always consult with their professional advisors in respect of their particular situation.
Labels: infant buisness, Ontario Retirement Pension Plan, personal service business, small business, small business owners, start-up business