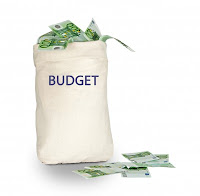 The Federal Minister of Finance, Joe Oliver, yesterday presented the 2015 Federal Budget. It is a good thing Joe was giving away tax goodies, because announcing a budget with 9 days left in income tax season does not make many accountant friends :)

There was much to like in this budget. The proposed increase in the Tax-Free Savings Account ("TFSA") limit, the proposed reduction in the minimum withdrawal for Registered Retirement Income Funds ("RRIF") and the proposed reductions in small business tax rates. It will be interesting to see if these changes ever get to see the light of day.

As I am in the home stretch of tax season, I don't have the time for a detailed analysis of the budget, so I will just offer some brief comments.


As rumoured, the contribution limit for TFSAs will be increased from $5,500 to $10,000 per year effective January 1, 2015. However, the new limit will not be indexed. This proposed change has the potential to drastically alter the way Canadians save and plan for retirement. On Monday, since everyone has already told you how great this is, I will discuss the downside to this change.


The government proposes to lower the annual required withdrawal from your RRIF. Currently at age 71 the required withdrawal rate is 7.38%. The budget proposes to lower that rate to 5.28% as of January 1, 2015. Withdrawal rates will still increase every year, but instead of topping out at 20% at age 94, that cap is reached at age 95. RRIF holders who at any time in 2015 withdrew/withdraw more than the reduced 2015 minimum amount will be permitted to re-contribute the excess.

This change appeases seniors who felt they were being forced to draw more money than they required to live and takes into account the longer life expectancy of Canadians.


Readers of this blog will know that one of my major pet peeves is the excessive 20% penalty for unreported income (that is often inadvertent or the result of lost slips in the mail) that is picked up each year by the CRA's matching program.

The penalty currently can be levied even if you owe no income tax. I.e.: If someone in Ontario fails to report a T4 slip with $10,000 of employment income and the slip has reported $4,900 of income tax deducted, they would owe no income tax, at the maximum marginal income tax rate. However, if you had failed to report income in any of the three prior years, the penalty under subsection 163(1) would be $2,000 (20% x $10,000), even though you owed no income tax and the CRA was provided this information by your employer.

The government will amend this penalty to prevent situations such as the above where there is a disproportionate penalty to the actual income tax. The budget proposes that the penalty will now only apply if a you fail to report at least $500 in income and more importantly; the penalty will now be equal to the lesser of 10% (penalty is 20%, as there is also a 10% provincial penalty) of the unreported income and 50% of the tax unpaid. Thus, in the example above, there would not be any penalty under the proposed legislation, as no tax would be owing.


The government proposes to simplify the reporting requirements where the cost of a taxpayer's foreign property is less than $250,000. While this change is welcome, it falls short. Most accountants and taxpayers were hoping the form would only require reporting of foreign income earned outside of Canada and would exclude the detailed reporting required for accounts held with Canadian institutions.


It is proposed the 11% Federal small business tax rate on active income for qualifying Canadian Controlled Private Corporations will be reduced by .5% annually beginning January 1, 2016 and will drop to 9% by January 1, 2019. The dividend gross-up and credit will be adjusted each year to reflect the lower corporate tax rate.


This site provides general information on various tax issues and other matters. The information is not intended to constitute professional advice and may not be appropriate for a specific individual or fact situation. It is written by the author solely in their personal capacity and cannot be attributed to the accounting firm with which they are affiliated. It is not intended to constitute professional advice, and neither the author nor the firm with which the author is associated shall accept any liability in respect of any reliance on the information contained herein. Readers should always consult with their professional advisors in respect of their particular situation.
Labels: 20% matching penalty, 2015 Federal budget, RRIF, small business, small business limit, t1135, TFSAs