Can a Shareholder Be an Independent Contractor to Their Own Company?

If you perform services for a business, it is extremely important to determine whether you are an employee, a self-employed individual (i.e. independent contractor) or a Personal Service Business (if you contract through your own corporation). 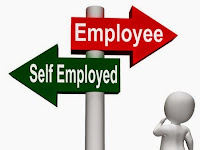 I have discussed these controversial income tax issues a couple of times in “I am a Contractor Unless the CRA Says Otherwise” [see the second part of this post updating employee/contractor status] and in “Is Your Corporation a Personal Service Business”.

However, how about the situation where a shareholder of a corporation (whom you would typically consider to be an employee) wishes to treat themselves as an independent contractor and pay themselves a consulting/management fee instead of a salary? As I have been asked this question several times by readers, today, I will discuss a 2012 court case that "sort of" addressed the issue.


In the 2012 court case, Pluri Vox Media Corp.v The Queen, 2012 FCA 295, the sole shareholder of Pluri Vox took the position that he was an independent contractor (not an employee) to his own company for the following reasons:

1. He was not paid a predetermined salary, but was paid a fee between $3,000 and $8,000 per month based on the commercial activity Pluri Vox undertook.
2. The company asserted that the varying compensation was indicative of the financial risk the shareholder undertook.
3. The shareholder was not directed on how to perform his duties and was able to hire assistants without Pluri Vox’s consent.

Nonetheless, the court ruled the shareholder's status to be that of an employee. As a result of this, the company was liable for payroll source deductions that were not remitted in the past.

This ruling was founded in part on the finding that there was no contract between Pluri Vox and the shareholder and that the shareholder did not invoice Pluri Vox for his services and did not charge GST (despite being registered for GST with the CRA).

However, Justice Webb made an important comment in respect of whether a shareholder can be a contractor to their own company. He stated:

"It would also seem to me that, while this would be unusual, an individual could enter into more than one contract with his or her own company and therefore could provide services in different capacities. It follows that the simple fact that an individual is a director or an officer of a company does not, in and of itself, exclude the possibility that other services may be provided by that individual as an independent contractor. When that occurs, it will be necessary ..... to apportion the amounts paid between the services performed in one capacity and the other."

Thus, the court provided for the possibility a shareholder could be an independent contractor to their own company in certain circumstances.

Justice Webb also commented that where applying the "control" test often used by the courts, “[t]he importance lies in the corporation's legal power to control the employees, not whether the employees feel subject to that control”.

Unfortunately, while the court actually addressed two important concepts, it failed to provide clarity for employee/contractor situations involving a shareholder of a company. Thus, if you own your own corporation and pay yourself as a contractor or through management fees, understand the CRA may come knocking at your door. 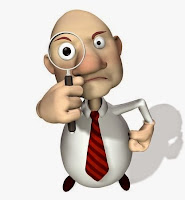 
The link above to "I am a Contractor Unless the CRA Says Otherwise" is now almost four and a half years old. I may update this topic in the future, but until then, it should be noted a 2013 Federal Court of Appeal hearing, 1392644 Ontario Inc. (Connor Homes) v. Canada (National Revenue), 2013 FCA 85, has placed a new strong emphasis on the role of “intent” in the determination of whether you are an employee or contractor. In the case the judge applied a two-step approach:

1.The intent of the parties

2. Does the actual reality of the working relationship confirm the intent of the parties?

To reach a definitive conclusion, both steps must be consistent. In examining intent, the courts will examine the contractual relationship or the behavior of the parties, such as were invoices issued and whether or not the worker registered for GST/HST purposes and made various other filings as an independent contractor. The second step will involve a review of the same tests applied in the Weibe Doors and Sagaz Industries cases I note in the "I am a Contractor" post.