The Top 1% are not Happy Campers

A large percentage of my client base is made up of Canada’s “top 1%” of wage earners. They have been vociferous is expressing their unhappiness with the announced marginal tax rate increases for high income earners. They are also very concerned a second shoe will drop, that being the possibility the government will eliminate the small business deduction for many of their corporations. 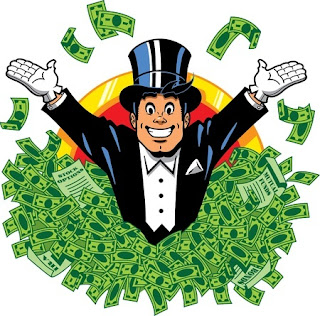 
On December 7, 2015, Finance Minister Bill Morneau confirmed that for Canadians with incomes over $200,000, their marginal tax rates will increase from 29% to 33%. If you live in Ontario and make more than $220,000, this means you will be paying 53.53% on any dollar earned over the $220,000. I am not a psychologist, but it is very clear to anyone who deals with high-net-worth individuals, that once marginal rates go beyond 50%, they break an invisible psychological barrier that impacts taxpayers thinking, if not their actions. Simply put, you are now paying more money to the government than you keep.


Currently, small business owners that carry on an active business pay corporate tax at a rate of 15.5% on the first $500,000 of taxable income (subject to various restrictions and sharing of the limit with related corporations). If a corporation is not eligible to claim the small business deduction ("SBD"), they would be subject to a 26.5% tax rate, an 11% increase. [Note: To be clear. This 11% increase is only an increase in the taxes you would pay at the corporate level. So instead of deferring say 38% when you leave money in your corporation (53.5%-15.5%), you would now only be deferring 27%. The absolute income tax increase to you when you when you flow your corporate money to yourself as a dividend or a salary is very small].

As discussed below, the Liberals have floated placing restrictions on the use of the SBD. This has many small business owners anxious that they may have to pay the higher 26.5% tax rate.

In a prior blog post, I noted the following comments made by Prime Minister Justin Trudeau in this article  by the National Post. The Prime Minister stated “that several studies have shown that more than half of small business owners are high-net-worth individuals who incorporate…to avoid paying as high taxes as they otherwise would”. The Post noted that “in that group are doctors and lawyers, groups that may find themselves squeezed by the policy Trudeau loosely outlined this week”.

Some tax pundits suggest that the Liberals will implement legislation similar to Quebec. In general, Quebec’s legislation says the following corporations would be eligible to claim the small business deduction:

My Observations and Experience


I personally cannot ever recall my clients being so vocal over a tax increase and concerned about the possible changes to the small business deduction. I have had several voice their displeasure about these measures. I asked a couple of them if I could discuss their situations in general and they agreed.

One client is a serial entrepreneur in northern Ontario. At a very young age, she built up a hi-tech company and sold a division of the business to a major corporation. At that time she had over 75 employees. She subsequently rebuilt her original company with a new product and incorporated a very successful second company. Following the announcement of the increase in tax to almost 54%, she has started implementing a departure plan, with the intention to set-up offshore and leave Canada within the next ten years. There are several reasons why she wishes to leave Canada, many being philosophical in nature (I would like to list them, as they are very sound and interesting objections, however, we agreed to limit my discussion to her general situation), but the tax increase was the straw that broke the Camel’s back so to speak.

Most people would probably agree, this is not the type of person you wish to chase from Canada.

A second client is a professional nearing retirement age. He basically said to me that why should he continue to work when he does not need the money. He says he is now planning to retire early. He also told me, he had recently attended two Christmas parties and all the room was talking about was the personal tax increase and the possibility many professionals will lose their access to the small business deduction.

The above is an example of tax law changing behaviour in a non-productive way.

What the Youth of the World have to Say


During a recent dinner, the tax issue was brought up by a guest (not by me, I have enough of this issue at the office). My children who are young adults had this to say:

1. Are individuals who want to leave Canada being selfish? They make a lot of money, so why do they mind paying income tax?

2. If individuals could tell the government what buckets to put their tax dollars towards, would that make it more palatable?

I found both of these comments very insightful, although said through the prism of youth.

Are you selfish if you are willing to leave a country because you do not wish to pay high levels of income tax? Since this discussion would be a book on its own, I will only say the following. I think that every person has and is entitled to, their own marginal income tax “breaking point”. In addition, as noted above, I would trivialize the discussion by saying income tax increase alone may cause some people to leave Canada. While that may be the case for some, I would suggest for most others, while income tax increases maybe a trigger for them considering leaving Canada, it is only one of several considerations.

I loved the tax bucket idea and would suggest many individuals who would consider leaving a country because of taxes would possibly reconsider if they could actually allocate their tax dollars to where they think would be the most useful. However, since this is a fanciful notion and would essentially eliminate the need for government, it is a bit of a non-starter. 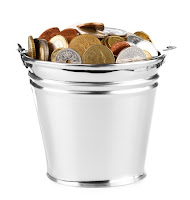 The issue of high marginal tax rates is very contentious. This short blog post cannot do the topic any justice. However, it is clear that taxing the wealthy can lead to splits among socioeconomic status, political leanings and philosophical differences on taxation and the common good. What I can tell you is: there is significant unhappiness amongst the top 1%, and probably the top 20%, and if and when legislation comes in restricting the small business deduction, I think it may manifest itself further. Here’s hoping sound business decisions do not become clouded by tax considerations.