Today, I am writing about the changes to the Ontario minimum wage. For full disclosure, I wrote this blog post during the holiday break, with the intent to try and have a fair-minded discussion about this issue. However, as you likely know, all heck broke loose last week in respect of this issue, when certain retailers took steps to reduce the impact of the minimum wage increases and Ontario Premier Kathleen Wynne responded strongly informing them if they wish to pick a fight, pick it with her and not their employees.

I have updated the post to account for some of these recent events and comments, but the intent remains the same, an attempt to have an even-handed review of the issues surrounding this significant labour change. In my opinion, that review ends in two conclusions:

1. The various studies related to minimum wage increases are not conclusive.
2. Small business owners, in general, will take steps to maintain their bottom line and in many cases, those steps will likely be diametrically opposed to the government policy intent.

So, what is all this uproar about? As of January 1st, the Ontario Liberal government increased the minimum hourly wage to $14, with a further increase to $15 on January 1, 2019. That is a 32% increase since the beginning of 2017. This follows the lead of Alberta which plans to increase its minimum wage to $15 by October 2018. 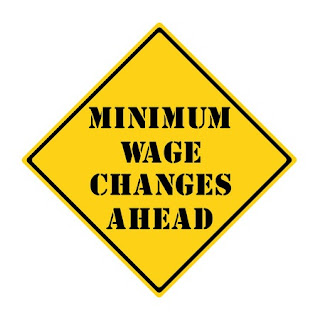 This issue is very complex. I have conflicting views: through the prism of an individual and fair-minded person, I feel higher minimum wages, especially in high cost provinces like Ontario and Alberta are necessary to keep workers in these provinces, and to allow those individuals to maintain a minimum standard of living. As an advisor to small businesses, and a former employer of 35 or so people, I also understand one of the main objectives of a business is to make money and increase the bottom line. The margins on products or services are very often correlated to the cost of wages and salaries and thus, any increase to these expenses, can have significant profit consequences.

What the Studies Show


In December of 2017, the Bank of Canada released this report, titled "The Impacts of Minimum Wage Increases on the Canadian Economy".

Some of the key findings of the paper are as follows:
In this Talent Economy article titled “How Does the Minimum Wage Impact the Economy?" a U.S. publication, the author references several academic papers. The first study by The Institute for Research on Labor and Employment, finds “that a $15 minimum wage in California would increase earnings for 38 percent of the state, and businesses would see a reduction in turnover and increases in productivity. Raising prices by 0.6 percent through 2023 would offset increased payroll costs” which reflects a positive outcome of a higher minimum wage.

Yet, in the same article, the author quotes a report published in August 2016 from The Heritage Foundation that finds that a nationwide minimum wage of $15 per hour would lead to 9 million jobs lost, and states with lower costs of living would see the most negative impact. “Efforts to create jobs and reduce poverty should not center on forcing employers to pay higher starting wages,” the story concludes.

So, the studies are not conclusive one way or the other.


In this Toronto Star opinion piece written yesterday by Kathleen Wynne, the Premier of Ontario, she opines the minimum wage increase is about fairness and opportunity for the citizens of the province. She does not feel the economics gains in Ontario have been shared equally by employers with their employees.

Premier Wynne states the following in the editorial "Big businesses and major corporations continue to celebrate record profits, while many people in this province juggle multiple jobs and still can’t afford the basics. CEOs enjoy massive salary increases while their workers can’t pay their bills.
That’s not right, and it's not who we are as a society". 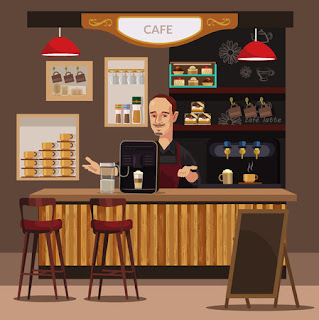 Business owners are far from a homogeneous group and have varied situations and opinions on the topic. However, in general their position seems to be that minimum wages are an admirable social position, but it is not a practical policy, especially for certain industries such as restaurants and retail outlets (For example, it has been reported by the Great White North Franchisee Association, that the cost of implementing minimum wage hikes to each Tim Horton’s franchisee is $6,968 per employee and for the typical store, that results in increased costs of $243,889). Many small business owners feel the increase in minimum wage should be much smaller, phased in over more years and done in conjunction with tax policy that assists lower earning citizens.

How Retailers and Business Owners Can Manage Rising Minimum Wages


As discussed by BDO Canada LLP in this report titled “Nine Ways Retailers Can Manage The Rising Minimum Wage” there are both tactical and strategic options retailers can consider to reduce the impact on their businesses, where the impact of the minimum wage increase is significant.


The BDO reports provides tactical options including: reducing employee headcount, optimizing shifts that employees work, reducing store hours to match customer shopping behaviour, reducing costs in other areas of the business and finally raising prices, which in effect, passes the wage increase onto the consumer.

In Ontario last week, there were widely reported cases where well known franchise owners scaled back work breaks, benefits and banned employees from accepting tips in an attempt to try and offset the minimum wage increase. These reports led to a huge outroar and publicity. These cases should cause business owners pause for thought; in that, tactical changes must also consider how your customers will react if the changes become public.


The BDO report notes strategic options range from expanding technology beyond the self-checkout, optimizing government incentives, outsourcing non-core functions, and by giving the consumer more for their money.

In this article by Brenda Bouw in The Globe and Mail titled “Ontario small-business owners raising prices to cover minimum wage hikes”, the author considers the connection between tactical (price increase) and strategic (better client service) when she quotes retail consultant Doug Stephens of the Retail Prophet. Mr. Stephens says if prices are increased; “businesses could also view it as an opportunity to boost their customer service, by giving them more for extra money”. He goes on to say businesses should view this as “a watershed moment to design better and more enjoyable customer experiences that are actually worth more to their consumers”.

Issues Are Not Always Black and White


I have and have had, many small business clients who bend over backwards to never fire employees and to assist them as much as possible and some have even made 100% retention of their employees a condition of them selling their company. Often business owners are portrayed as heartless and just chasing the almighty dollar, yet, I have found many small business owners are the exact opposite and they care deeply about their employees. But, people are in business to make money, so while they may be conflicted in their actions and concerned for their employees, in most cases, their bottom line will influence their decisions.

Increasing the minimum wage has significant consequences to both a provinces employees and employers. Hopefully the economy is strong enough the next few years to absorb these increases, but in the end, only time will tell how these wage increases will impact Ontario and Alberta and whether the governments policy and intention will be served.