No Will? You’re in Famous Company!

Readers of my blog are aware of my inclination to harp on the fact that you should have a will, and where you have a will in place, that it should be updated for significant life events. As discussed last week, in my post Power of Attorney for Personal Care – Mental Capacity and Medical Assistance When Dying. I also think it is important to have up-to-date powers of attorney for financial and personal care. But today, we are talking wills and the lack of such for some famous people and the lessons you may learn from their estate planning miscues.

In my blog post “Canadians Don’t Have the Will”, I highlighted a 2016 survey conducted by Legalwills.ca, that found 62% of Canadians do not have wills. 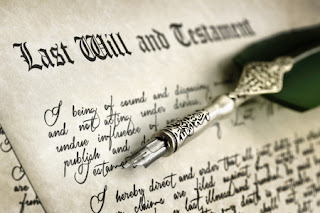 The 62% number is astronomical and in my not so humble opinion, just irresponsible. I thought of this survey, when I was recently told by a colleague that they were working on an estate where the first spouse passed away without a will, and then the surviving spouse died a couple years later without ever having a will drafted. I can maybe understand that some couples don’t have wills based on the premise “everything will just automatically flow to the surviving spouse”, although this thinking may be flawed depending upon your province of residence as noted in this link for the laws of Ontario when you die intestate (without a will). But for a surviving spouse to not have a will drafted is just beyond my comprehension.

Since the advice of accountants, lawyers, finance columnists and bloggers is obviously being ignored, I thought instead of lecturing that you should have a will, I would reflect on the folly of not having a will by looking at famous people who have died intestate and the messes they left behind.

Please note: I have no ability to confirm that these people did not have wills and I am relying on articles and other internet sources for this list, so I cannot guarantee its accuracy. Some of the stories in respect of these people’s deaths and estates are fascinating. You may wish to read in detail the links and source documents I provide below.

Famous People Who Supposedly Died Without a Will


In this article by People Magazine it was reported “A Minnesota judge has made it official – despite Prince’s estate being worth an approximated $250 million, the singer did not have a will in place to declare the distribution of his assets. A hearing was held Wednesday morning, according to court documents obtained by PEOPLE, and the judge has approved Bremer Bank, the institution Prince trusted with his finances over the years, to move forward with handling his estate – both personal and financial business”.

Prince's former manager, Owen Husney, in this USA today article said “he was too smart to have overlooked something that crucial and he had teams of lawyers, business managers and accountants over the years who would have advised him it was crucial”. Assuming that no will ever surfaces, it is mind numbing that with so many advisors, Prince did not have a will in place and it could have fallen through the cracks (unless he just refused to have one drafted).

"It's astonishing, absolutely astonishing that he did not have a will," says Jerry Reisman, an estate lawyer on Long Island who's been following the case. He predicted trouble ahead. You're going to have 'siblings' coming out of the woodwork alleging they are siblings. Everyone is going to be fighting over this estate.”

Will Lesson #1: Run Out and Write Your Will

Hendrix, Marley and a Cast of Thousands 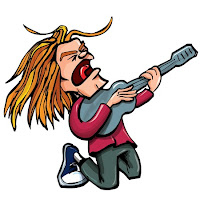 In this LegalZoom,com article the writer notes that both Jimi Hendrix and Bob Marley died without wills and that their estates were subject to legal battles for years. Musicians such as Prince, Jimi Hendrix and Bob Marley have complicated estates due to the publishing rights they hold on their music, the typically massive demand for their music once they pass away and the value in unreleased material that is often released posthumously.

Many athletes are known for blowing fortunes, but you would again think that their advisors would have ensured they had wills in place, but that apparently is not the case, or the athletes ignore their advice.


Mr. McNair who played in Super Bowl XXXIV as the starting quarterback for the Tennessee Titans and was the NFL’s Co-MVP in 2003, did not have a will. He also had, in addition to his wife and children, a girlfriend - who murdered him in a murder-suicide. The sad details of this case can be read in this Probate Lawyer blog.

If this story is not tragic enough, this Family Archival Solutions Inc. article discusses how McNair’s mother subsequently lost her home because Mr. McNair had not put his mother’s name on the house or made provision in a will for her to inherit the property as he had intended for her.

Will Lesson #2: Unintended Consequences Transpire when a Will is Not Drafted


This is a story about almost dying without a will. In 2015, former NBA star and ex-husband of Khloé Kardashian was hospitalized after being discovered unconscious

at the Love Ranch, a brothel in Crystal, Nevada. Mr. Odom’s heart supposedly stopped several times and was touch and go to live. Luckily for him, he survived the ordeal. As Mr. Odom supposedly did not have a will, it was reported that if he died, his estate would have all gone 1/3 to Khloé and 2/3 to his children. It is my understanding that Odom and Khloe had a good relationship despite their divorce and she was there at his side while he recovered and she did not want his money. So this is not a story about an ex-spouse trying to get something that was not hers, but clearly reflects that an ex-spouse may be entitled to your estate or part of it, if you are not careful.

Will Lesson #3: When You Do Not Have a Will, Your Ex-Spouse May Inherit Part of Your Estate


Mr. King who was assassinated on April 4, 1968 was one of the best known civil rights activists in the World. His “I Have A Dream” speech made in 1963 during the march on Washington is known as one of the finest speeches ever given. Unfortunately, when assassinated Mr. King was only 37 years old and did not have a will per this Forbes article.

This LA Times article discusses how the children are threatening his legacy as the estate battles on 47 years after his death in respect of his tomb, sermons and memorabilia.

Will Lesson #4: When You Die Intestate You Create Possible Conflict amongst Your Family


As detailed in this 2016 article by Vanity Fair on the estate of Pablo Picasso,  Picasso did not have a will and left over “45,000 works, all complicated by countless authentications, rights and licencing deals”. The legal fees on this estate have were supposedly over $30 million. 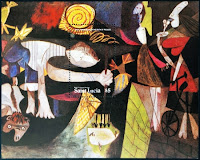 Will Lesson #5: When You Die Intestate, Your Estate Can Be Withered Away in Legal Fees


As I noted in the introduction, I not only stress the importance of a will, but that it must be updated to reflect significant life events. Heath Ledger died of an accidental drug overdose in 2008 during the editing of the Dark Knight Batman movie in which he played the Joker and posthumously won the Academy Award for best supporting actor.

Mr. Ledger had a will drafted a few years earlier in which his parents and sisters were beneficiaries. He however, had neglected to update his will upon his marriage to actress Michelle Williams and on the birth of their daughter Matilda. However, unlike many messy and nasty estate fights highlighted in this blog post, Heath’s family as detailed in this People article altruistically handed over the entire estate to Matilda. It is nice to see some kindness amongst the greed and fighting of the other estates.

Will Lesson #6: Update Your Will for Life Events, or You May Negate the Benefits of Having a Will


As per Wikipedia, Howard Hughes “was an American business magnate, investor, record-setting pilot, film director, and philanthropist, known during his lifetime as one of the most financially successful individuals in the world. He first made a name for himself as a film producer, and then became an influential figure in the aviation industry. Later in life, he became known for his eccentric behavior and reclusive lifestyle—oddities that were caused in part by a worsening obsessive–compulsive disorder (OCD), chronic pain from several plane crashes, and increasing deafness”.

As discussed in this New York Times article it took over 20 years to sort out the estate of the reclusive Howard Hughes. Mr. Hughes did not leave a will and his estate was subject to various forgeries.

Will Lesson #7: If You Have Not Decided to Draft or Update Your Will After Reading These Stories, I Give Up!

While most of these famous people had substantial estates, the lesson is still the same for the average person. Have a will drafted (and powers of attorney) so that you ensure your estate goes to whom you wish and it is not frittered away on legal battles that not only cost significant sums, but destroy the lives and relationships of your loved ones.