This year I have had multiple client queries in respect to their Notice of Assessments (“NOAs”) which reflect tax balances owing, despite the fact the taxes were paid in April. Today I discuss this matter and a couple other issues, that have arisen after April 30th. 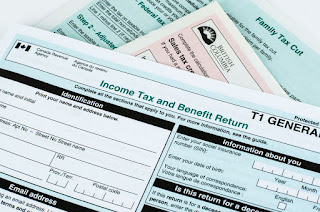 
Typically, taxpayers file their personal tax returns, pay their tax owing (or wait for their refund), start golfing and gardening and probably don’t give much more attention to their taxes until they receive their NOA. Upon receipt, they may take a quick glance to ensure no tax is owing, maybe make note of their RRSP contribution limit and then throw the NOA into a file.

This year, many taxpayers have done a double-take when reviewing their NOA, since their assessments are reflecting tax still owing. I have had a several clients call me in a panic asking if their return was incorrectly filed since the CRA has assessed them more tax? I quickly put their minds at ease. I tell them that what has happened is the CRA is moving to “express” NOAs and has issued the notice so quickly that their system has not yet had time to match the tax payment (this applies more specifically to people who pay their balance owing at the same time or within days of  filing their return). I would bet that many of you who owed tax this year had the same issue with your NOAs.

While the NOA expediency is impressive, they are actually being issued too fast (imagine that, complaining the CRA is too fast :) and are leading to some confusion. Perhaps the CRA should consider waiting a little longer to issue NOAs, so that for those people who pay their tax owing right away, the payment can be reflected, such that the NOA will not reflect a balance outstanding, where there is in fact, no tax due.

The assessment wording has also caused some confusion for those taxpayers who have filed T1135 Foreign Income Reporting Forms. The NOA states that if you indicated you owned foreign property, you have to fill out Form T1135 and send it to them if not already done so. Several of my clients have called to ask if we forgot to send in their T1135, when in fact, the NOA is just reminding people that if they said yes, they had to file the T1135.


I have also had a couple clients who pay alimony receive NOAs that have reduced their alimony claim. The NOA says the agreement the CRA has on hand shows they are not entitled to the alimony deduction claimed. It is a little unclear at this time whether this is just an issue where agreements have been amended to change alimony and the CRA has not been provided the new agreements, or the CRA is factoring in non-deductible child support to reduce the alimony claim. In any event, I think both the CRA and taxpayers would be best served if where an alimony claim is made that differs from the CRA records, the CRA does not issue a NOA, but sends an information request asking the taxpayer to explain the variance and support the claim. This would save a lot of time and frustration on both the taxpayer and CRA side and reduce a number of T1 Adjustment Requests and Notice of Objections.


Finally, just a reminder: if you receive an information request to provide the CRA back-up for any expense or claim you made on your return, you typically have 30 days to respond. Either do so within the 30 day time period, or request an extension far in advance. Do not ignore the information request or your return will be assessed without the deduction or expense.

Hopefully you had a refund in 2017 and have not had to deal with any of the above concerns.