Do You Have To File Taxes for Someone Who Died? 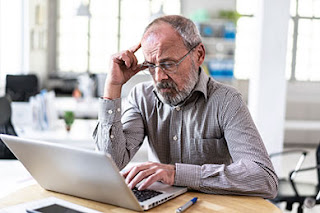 Thinking about taxes on a yearly basis is not fun. When dealing with the death of a loved one, it can make a challenging situation even more of a headache and forces one to face the only real certainties in life; death and taxes. In this blog post, I will walk you through the tax returns an executor needs to file at the time of death, allowing you to ease the stress of an already difficult experience.

Before tackling the filing of the tax returns, make sure that there is a legal representative in place, and that all authorities have been notified. These authorities include the Canada Revenue Agency (CRA), Service Canada, and the deceased person’s financial advisors and institutions. Once those initial steps have been taken, it is time to turn your attention to the tax returns and forms that come into play after a death.

Before I get to the returns that must be filed on death, I would like to thank Christopher Bell of BDO Canada for his assistance with this blog post. A quick backstory. Assisting with this blog post was one of the final things Chris did as a senior tax accountant before he changed career paths from income tax to digital project management. In a related story, I am now persona non grata with our tax department.


A final return must be filed for all taxpayers in Canada after they die. This return is a personal tax return (known as the "terminal return") just like in every other year and is filed from January 1st of that year up to and including the date of death, but there are some special rules that need to be followed when filing this return. Please note: that unless otherwise noted, this blog post assumes the tax return is being prepared for a single person who passed away or the last to die spouse.

The first thing to keep in mind is that income paid to the deceased will need to be prorated between the final return and the estate return (discussed below) based on the date of death. For example, some investment income slips such as T5's may be issued for the calendar year, but if the date of death was say July 31st, you need to prorate the income from January 1st to July 31st for the terminal return and from August 1st to December 31st for the estate return. If you are unsure whether the amount was prorated, you should confirm with the issuer of the income slip.


The Income Tax Act deems all capital assets of a taxpayer to be disposed of immediately before the death of a taxpayer and considers the proceeds from selling these items to be received at that time at fair market value (referred to as a deemed disposition). Based on the cost of these assets, this deemed disposition may result in a capital gain or a capital loss. For example, if you own 100 shares of a bank stock that cost $30 and are worth $50 at death, the deemed capital gain is $2,000 ($50 - 30 x 100 shares).

Under this election, it may be tax effective to trigger taxable capital gains on the final return of the deceased spouse, as the election may reduce the amount of tax paid overall. This is usually limited to circumstances where the deceased spouse had a very low tax rate, had unused capital losses carried forward or had alternative minimum tax carryforward, among a few other possibilities. The election is made on a security-by-security basis at the fair market value.

In some circumstances it may make sense to elect to trigger a capital loss or losses at death instead of a capital gain. This would be for example to offset capital gains on the terminal return.

If there are capital losses on the final return, you can go back up to three taxation years prior to the death of the taxpayer and claim them against capital gains that tax would have previously been paid on using Form T1A.

Alternatively, if there is a net capital loss in the year of death, you can apply these losses against other income on the terminal return. You must first reduce the net capital loss by any capital gains deductions the deceased had previously claimed to date, and the remainder can be reported as a negative capital gain on Line 127 of the tax return.

These topics surrounding capital gain and losses are quite complex and are best discussed with a trusted advisor.


Where the deceased was single or a surviving spouse, the fair market value of the RRSP or RRIF is deemed to be received immediately before death and is considered income on the terminal return.

If the spouse is not named as the beneficiary of the RRSP/RRIF, the estate representatives can generally elect on the final return for the tax-free transfer to still happen as long as the RRSP/RRIF funds are left to the spouse under the terms of the will. Please seek professional advice in this situation.


The surviving spouse’s return will always be due April 30 or June 15 respectively, meaning that no extra time is granted to file their return despite the death of the other person.


You may choose to file optional returns to report income that you would normally report on the final return. The benefit of doing this is that you can reduce the total taxes owing by the deceased by claiming certain tax credits and using lower marginal tax rates. It is best to consult a trusted advisor to discuss this type of planning in detail.

There are three types of optional returns:

Return for rights or things


The return for rights or things covers amounts that were payable to the deceased at the date of death and, had the person not passed away, would have been paid to them and included in their income. This return enables the representative to report the asset values at the time of death. Some examples of assets that would be listed on this return are:
This return is due at the later of 90 days after the CRA sends the notice of assessment or reassessment for the final return and one year after the date of death.

Return for a partner or proprietor

Return for income from a graduated rate estate


This return can be filed if the deceased received money from a graduated rate estate (GRE) prior to death. This return is rarely filed, and the income is normally included on the final return. This return is due on the latter of April 30 (or June 15 if the deceased was a sole proprietor) and six months after the date of death. If you want to know more about this, we recommend you refer to a blog we previously posted, written by Howard Kazdan here for some background information, but you should contact your professional advisor for detailed guidance.


In addition to the returns noted above, the estate of the deceased must file T3 tax returns each year until the estate is wound up. Typically, the returns are filed based on a year starting from the day after the date of death and ending one year later, although you may elect to have a December 31 year-end for these returns as well. Estate returns and any balance owing are due within 90 days of the year-end of the trust. Winding up an estate could take several years and is a lengthy topic on its own.

Even if the estate is wound up quickly, the executor may file at least one estate return (the “executor’s year”). And there may be tax advantages to filing even when it is not mandatory. One is having income earned in the estate taxed at graduated personal rates (instead of the higher marginal rates of the beneficiaries) – basically, a way to effectively have another return on death for the income earned in the first year of an estate.

When filing the first T3 return after the death, make sure to include a copy of the will.

Reduce the stress with a plan


As you can see, there is a lot to do with taxes at the time of a person’s death, and the sooner you begin to organize and plan for it, the smoother the process will go. A lot of the stress that goes along with filing these returns can be mitigated through proper estate planning and having trusted financial advisors in place to guide you and your loved ones through the process. On top of this, having a good plan in place will ensure that you avoid unnecessary probate and income tax, which will save you money.

Plan to Sell Your Business? You may be Interested in this Survey!


If you’re a financial executive or business owner, here's your chance to share insight on how you plan to sell your business. My colleagues at BDO are conducting a survey in partnership with Financial Executives International Canada. The survey will be open until November 27 and will generate research to be released in 2020. Take the survey here.

BDO Canada LLP, a Canadian limited liability partnership, is a member of BDO International Limited, a UK company limited by guarantee, and forms part of the international BDO network of independent member firms. BDO is the brand name for the BDO network and for each of the BDO Member Firms.
Labels: capital gains, clearance certificate, death and taxes, estate returns, pension, terminal tax return