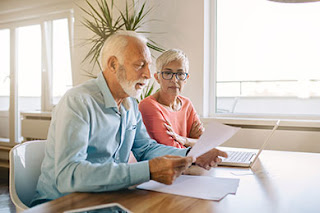 Way back on March 9th, I posted a guest blog post by Katy Basi on the basics of Alter Ego Trusts and Joint Partner Trusts. Who would have thought it would be 8 weeks later before I was able to publish Part 2 of this excellent series by Katy?

In Part 2, Katy uses an example situation to reflect the benefits of these trusts and some of the complicated tax issues that can arise when utilizing these trusts. I thank Katy for her excellent blog posts.

Our previous blog provided a simplified explanation of Alter Ego Trusts (AETs) and Joint Partner Trusts (JPTs) and set out some pros and cons of using these types of trusts. The following is a sample fact situation illustrating why and how an AET or JPT can be useful – your advisors would be able to let you know if you are a good candidate for this type of planning.

Let’s take the example of John, a 72-year-old debt-free widower with two adult children. John owns his home in Ontario, having a value of $1.2 million, and he is planning to live in his home for the remainder of his life (he will leave his home feet-first, in his words). He also owns a non-registered portfolio of listed stocks and bonds worth $600,000 (cost base is $350,000) and a $500,000 RRIF. John sits down with his advisors (investment counsel, accountant and estates lawyer) and they all recommend that he set up an AET. Why?

In John’s case, this recommendation relates to the 1.5% estate administration tax in Ontario (aka probate tax) that would otherwise be payable on the value of John’s home and investment portfolio upon his death. Having an AET created to be the new owner of these assets results in a probate tax savings of approximately $27,000, so the recommendation is certainly worthy of consideration – who doesn’t like to save on taxes? John’s RRIF cannot be transferred to the AET, but he has named his two children as equal beneficiaries of the RRIF. As a result, there will be no probate tax on the RRIF as long as at least one of his children survives him.

As noted in our prior blog, an AET can be created when the settlor (John in our example) is 65 years of age or older. An AET is a living trust, meaning that it is created while John is alive (as opposed to a testamentary trust, which would usually be created in John’s will, taking effect only upon his death). John can transfer assets to the AET without triggering capital gains tax on these assets, unlike the result with other living trusts. Upon John’s death, the assets owned by the AET are deemed by the Income Tax Act (the “ITA”) to have been disposed of by the AET at fair market value, potentially triggering capital gains tax at that time (but no probate tax).

An AET is subject to income tax at the highest marginal tax rate. Hence, as a practical matter, while John is alive the net income earned by the AET on the investment portfolio (after expenses are deducted) would usually be paid or allocated to John by the AET by the end of every calendar year. John would then include this income in his tax return, allowing John’s marginal tax rate to apply (the AET deducts the income allocated to John in its tax return, leaving the AET with no income after the allocation). If John does not need the after-tax income, he can gift it to the AET if desired. The net result is that John effectively pays the tax on the investment income in the same manner as before the creation of the AET – the paperwork is just more complex.

John and his advisors must consider the income tax that will be triggered by John’s death in determining whether an AET is helpful. Thankfully, an AET is permitted to claim the principal residence exemption (unlike most other types of trusts), so any capital gain accrued on John’s home that is triggered by John’s death will not create a tax obligation (provided that the AET’s tax return is prepared and filed properly – professional accounting advice is a necessity here). However, the AET will be taxable on the capital gain triggered on the investment portfolio. Capital gains are only half taxable, but the taxable half of the capital gain will be taxed to the AET at the highest marginal tax rate (53.53% in Ontario). John’s RRIF is fully taxable upon his death, but the RRIF is included in John’s terminal return (the personal tax return filed for John from January 1 of John’s year of death to his date of death). (We note that either John’s children could pay the tax on the RRIF, or the funds in the AET could be used to pay this tax. In either case, the tax rules relating to graduated rate estates will need to be considered carefully in order to ensure that this payment does not create a tax problem.)

Let’s compare this result with the outcome if John did not have an AET. Upon his death, John’s RRIF and the taxable capital gain from his investment portfolio are included in John’s terminal return. John’s RRIF is large enough to soak up all of John’s marginal rates of tax (we reach the highest marginal tax rate in Ontario at an income level of $220,000). Therefore. a sizeable chunk of his RRIF, and the taxable capital gain from the investment portfolio, are subject to tax at the highest marginal rate. This is the same result as with the AET, so the income tax effects of having an AET are neutral for John. This is not always the case, however, and the income tax implications should be carefully considered by anyone who is looking at AET planning.

John has decided that the AET works for him. He has considered the cost of having his estates lawyer draft the deed creating AET and other documents (e.g., trust resolutions), and the cost of having a real estate lawyer transfer title of his home to the AET. John’s investment counsel has assured him that there is no cost to transfer his investment portfolio to the AET. John understands that he will be required to file annual tax returns for the AET, and has an idea from his accountant as to the annual fee for this service. (AET tax returns are due by March 31 – March 30 in a leap year – so earlier than John’s personal tax returns.) John is comforted by the fact that he is a trustee of the AET and has been given complete control of the AET while he is mentally capacitated to manage his financial affairs. He has concluded (somewhat pessimistically) that his life expectancy is such that while he will incur costs to set up and administer the AET, these costs are substantially outweighed by the probate tax savings provided by the AET.

If John has a spouse or common law partner, as defined under the ITA, he could create a similar trust, being the JPT. If both John and his spouse (Joanne) are 65 years of age or older, they can both transfer assets to the JPT without triggering capital gains tax. (If Joanne is younger than 65, she will have to wait until she turns 65 to transfer assets to the JPT on a rollover, or tax-free, basis.) All income generated by the JPT will need to be allocated to either John or Joanne (care must be taken here to ensure that the attribution rules under the ITA are considered – no shifting of income from one spouse to another is allowed). The JPT continues until both John and Joanne are deceased, at which time the tax results are as detailed above.

If you think that AET or JPT planning may be helpful, be sure to reach out to your advisors for their views on your particular situation. AETs and JPTs are far from simple planning - professional advice is an absolute necessity.


Katy Basi is a barrister and solicitor with her own practice, focusing on wills, trusts and estates. Katy practised income tax law for many years with a large Toronto law firm, and therefore considers the income tax and probate tax implications of her clients' decisions. Please feel free to contact her directly at (905) 237-9299, or by email at katy@basilaw.com. More articles by Katy can be found at her website, basilaw.com.

The above blog post is for general information purposes only and does not constitute legal or other professional advice or an opinion of any kind. Readers are advised to seek specific legal advice regarding any specific legal issues and for their specific province.

BDO Canada LLP, a Canadian limited liability partnership, is a member of BDO International Limited, a UK company limited by guarantee, and forms part of the international BDO network of independent member firms. BDO is the brand name for the BDO network and for each of the BDO Member Firms.
Labels: alter ego trusts, joint partner trusts, Katy Basi, probate, trusts