Having reviewed my 600 plus Blog posts, I was shocked to realize I never directly wrote about the Principal Residence Exemption (“PRE”). I discussed the PRE from a tax reporting perspective, the tax implications of the PRE upon divorce, how the PRE works when you are constructing a new home, and how a Principal Residence (“PR”) is taxed upon death amongst a few other mentions.

So, I thought no better time than the present to discuss some of the technical considerations in claiming the PRE and how to decide whether to claim the PRE on your home or cottage.

The Tax Benefit of the PRE

The PRE typically provides homeowners with a tax-free exemption on the capital gain realized when you sell a property designated as your PR. It is one of the few remaining tax breaks for individuals and many Canadians consider the PRE a sacred cow for tax purposes. This is because many people plan to use the tax-free proceeds from the sale of their PRE to (1) cover in whole or part their retirement needs or (2) leave some or all of the proceeds from the sale of their PRE to their estate. 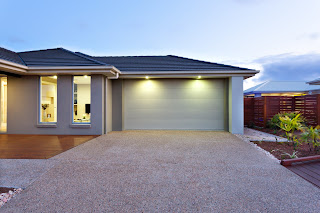 Over the years, there has been concern a government would look at eliminating or restricting the PRE (for example, in the U.S., the PRE is restricted to $500,000 on a joint return) to raise tax revenue. Liberal Finance Minister Chrystia Freeland in this interview (https://tgam.ca/3spnTFw) with The Globe and Mail Report on Business Magazine in the March, 2022 edition, said the following: “I want to be very clear that our government has absolutely no intention of altering the position on capital gains on the principal residence of Canadians. That is a very important part of how Canadian society works”. Hopefully, the Liberals and any future other governments, continue with this position.

The History of the PRE and Prior Elections

I assume this will apply to very few people, but if you purchased your home before 1971, you only pay tax on the increase in value from the December 31, 1971 (V-Day Value).

Another rule, which may apply to a few more people, is that prior to 1982, the PRE election was available to each spouse where title was held individually. That generous treatment stopped in 1982 and for any property purchased after 1981, it is no longer possible to claim two PRE’s for the same family. If you still have a property purchased prior to 1982, you can still make a separate PR designation between you and your spouse, but only for the years of ownership prior to 1982, and only if the properties were owned wholly by you or your spouse.

An election that may be relevant to many people is the 1994 Capital Gains Election. In 1994 the CRA eliminated the $100,000 capital gains exemption; however, they allowed taxpayers to elect to bump the adjusted cost base (“ACB”) of properties such as real estate (many people elected on their cottage property) to the lessor of the fair market value (“FMV”) of their real estate property or a $100,000. Many Canadians filed the T664 form to take advantage of this election and increased the adjusted cost base (“ACB”) of their real estate.

You should review your files or your 1994 tax return to confirm if you made an election.

According to the CRA, the calculation of the PRE is as follows:

The variables in the above formula are as follows:

A is the taxpayer’s gain otherwise determined, as described above.

C is the number of tax years ending after the acquisition date during which the taxpayer owned the property.
If you prefer “plainer math,” the formula is: the Number of Years Designated as your PR + 1) / Number of Years Owned x Capital Gain on Sale.

You will notice the PR +1 in the above formula. This +1 allows for two PR’s to be eligible for the PRE in the year one is sold and a new one is subsequently purchased.

So practically, the formula works as follows: Say you owned your PR for 25 years and sold it for a capital gain of $1,500,000 (but you only wish to designate it for say 20 years, as you want to save 5 years for your cottage-see discussion below), the PRE would be calculated as follows:

Qualifying a Property as a PR

The CRA states that “Even if a person inhabits a housing unit only for a short period of time in the year, this is sufficient for the housing unit to be considered ordinarily inhabited in the year by that person.” So, it is a low threshold to achieve ordinarily inhabited. In addition, the CRA does not consider incidental or occasional rental of a property sufficient to prevent it from qualifying as a principal residence.

Only one-half of a hectare of land plus the home generally qualifies for the PRE. Any remaining acreage will typically be subject to capital gains tax. If you have a property that exceeds one-half hectare, there are some exceptions to the rule, but you will want to engage a professional to review the situation as the CRA administrates this area strictly. I have been involved a couple times in these situations and the issue is very complex based on tax law and legal precedents.

One of the more common issues in relation to claiming the PRE is when you own both a home and a cottage property and you have sold one of them. For ease of this discussion, I am going to presume the 1971 and pre-1982 rules are not applicable.

Assume you sold your cottage in 2022 and you are trying to determine if you should claim your cottage as your PR or pay tax on the capital gain and save the PRE for your home. How do you make the decision? 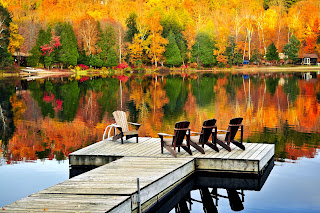 The answer is not necessarily simple, but in general, where you own a house and cottage, it will often make sense for any overlapping years of ownership to designate the property with the highest average gain per year of ownership for the PRE.

To be clear, I am talking about the property with highest yearly gain, not the largest gain per property. For example, if you have owned your cottage 10 years and it went up $500,000, the average yearly gain is $50,000. If your house has gone up $1,000,000 but you have owned it 30 years, the average yearly gain is only $33,333. So, while the house has a larger overall gain, the cottage has a larger average gain per year and you would likely designate the cottage for the 10 years you owned (or maybe 9 years plus one) as your PR.

In the above example, the answer is likely fairly clear-cut, as you sold the cottage and it has a significantly larger gain per year. But what if the cottage only had a $25,000 ($250,000 gain/10 years) yearly gain and the house had a $29,000 yearly gain. From a gain per year perspective, you should save the PRE for the house and pay tax on the cottage. However, from a cash flow and time value of money perspective, do you want to pay current tax on the $250,000 gain, or not pay any tax by designating the cottage as your PR for the 10 years and know you will pay tax whenever you sell your house (because you will have already designated 10 years)?

The answer is not clear and I have seen different people make different decisions. In addition to cash flow and the time value of money, you would also need to consider whether the 1971, pre-1982 rules and 1994 election would have any impact on your decision. A further consideration is do you think the house value will grow significantly in the future (for example the area is being developed), so that your yearly gain will increase significantly going forward.

Reporting the Sale of a PR for Tax Purposes


In the good old days, administratively, the CRA did not enforce the reporting of the sale of your PR. But starting in 2016 (there was a one-year transition rule), the CRA made it mandatory for you and your spouse to report the disposition and designation of a PRE sold on your tax return or they will not allow you and/or your spouse to claim the PRE. You are now required to complete the PR designation section on Schedule 3 of your income tax return and complete Form T2091(IND), Designation of a Property as a Principal Residence by an Individual (Other Than a Personal Trust). If you forget to make this designation in the year of the disposition, you must request the CRA to amend your income tax return for that year. The CRA will be able to accept a late designation in certain circumstances, but a penalty may apply.

As discussed above, there are many issues to consider from a tax perspective when selling your home. In addition, there are strict reporting rules to which you should adhere.

© All rights reserved. The Blunt Bean Counter at 7:30 AM
Email ThisBlogThis!Share to TwitterShare to FacebookShare to Pinterest