Should your Investment Income be Earned in a Corporation

If investment income earned in a corporation was subject to an income tax rate that was lower than the highest marginal personal income tax rate, it would be possible to have an indefinite deferral of income tax so long as the after-corporate tax funds were left in the corporation. 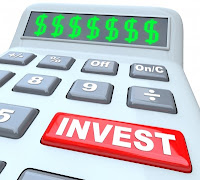 In order to ensure taxpayers do not defer income tax on investment income by using a corporation, the Income Tax Act imposes an income tax rate that is essentially the same as the highest marginal personal income tax rate. Thus, an investment corporation in Ontario would currently pay 46.41% on all its investment income earned, which by coincidence is the exact same rate as the highest personal marginal income tax rate in Ontario. In order to ensure that double tax is not incurred, when corporate funds are distributed out to an individual by a dividend, the high rate of corporate income tax is partially refunded.  This refundable tax prevents the corporation from having more after-tax dollars available to reinvest than the individual would have had if he or she had earned the money personally.

This may be more than you want to know, but the way the refundable tax system works is as such: the 46.41% corporate income tax rate is split into two components, the income tax component which is 19.74% and the refundable tax component which is 26.67%. The refundable component goes into a notional account called the Refundable Tax On Hand (“RDTOH”) account. Where a corporation has paid refundable tax, it will receive a refund of this tax when it pays a dividend to its shareholder(s) who will then pay the personal tax on the dividends. The corporation receives a $1 refund for every $3 in dividends it pays to a shareholder.

It is probably best to think of the refundable taxes as a prepayment of the eventual personal taxes to be paid on the investment income. Below is a model of how the investment income integration system works (this is theoretical not actual; see below for a discussion of the realities of integration in Ontario). As demonstrated by the examples, theoretically where investment income is earned through a corporation there should be no deferral of tax and no tax savings where the individual shareholder pays tax on the dividends at the highest marginal tax rate.


In reality, integration is not perfect. For example, in Ontario there is a ½ point of absolute income tax benefit to use a corporation when earning interest income, a ¼ point of savings if earning capital gains and no tax savings when earning dividends; however, based on the professional fees and administration, one would almost never use a corporation for such a small benefit.

The refundable income tax system is a somewhat nefarious concept; hopefully I have provided some insight into the concept above and not confused you further. However, the key take-away point is; there is no income tax benefit to incorporate your investment income.


The blogs posted on The Blunt Bean Counter provide information of a general nature. These posts should not be considered specific advice; as each reader's personal financial situation is unique and fact specific. Please contact a professional advisor prior to implementing or acting upon any of the information contained in one of the blogs. Please note the blog post is time sensitive and subject to changes in legislation or law.
Labels: corporation, income tax defefral, incorporate, integration, investment income, rdtoh, refundable taxes