Estate Planning- A Tale of a Fathers Selfless Act of Love

When I wrote my blog post for My 7 Links Project, I struggled with "the most beautiful post" link. Money and beauty are often diametrically opposed. However, thanks to Lynne Butler of the Estate Law Canada blog, I now know what a beautiful financial post would read like. 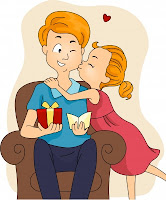 A month or so back, Lynne had a blog titled “What my father’s death taught me about estate planning”. What was interesting about this blog post, is that Lynne essentially got out of the way and just said you have to read this amazing article. I wondered why Lynne had so little to say until I actually read the guest post on the Getting Rich Slowly blog. Essentially, Jody (the guest poster) relayed how her father planned while he was alive, to make her job as an executor as stress free as possible. If there was ever a selfless act of love in a financial sense, this is it.

This blog was of particular interest to me as I have written several blogs on this topic, Where are your Assets, Speak to your Executor-surprise only works for birthday parties, not death and You Have Been Named an Executor Now What. Like Lynne, I was amazed at how much thought Jody’s father put into his estate. This contrasts with the average person who often does not even inform their executor that they have been named, let alone provide a roadmap that can be followed once they are gone.

In her guest blog, Jody relayed the following things her father did while he was alive to minimize the fees associated with administering his estate, and just as importantly, to keep the process as stress-free for his daughter as possible. While I cannot do Jody's guest blog justice (you really should open the link above and read it), the following is a summary of some of the steps her father took to ensure he minimized Jody's stress in administering his estate.


Jody’s dad not only built a team of advisors, a banker, accountant, insurance agent and lawyer, but he ensured he introduced his daughter to each of these advisors while he was alive and ensured that she had their contact information. Think about how smart that was. How much easier is it to communicate and work with someone you can put a name and face to?


Jody’s dad negotiated the estate fees with his lawyer down to 2% from the typical 4-5%. One can easily see why the lawyer accepted the lower fee. Jody’s father was so organized; the estate probably took one-quarter of the time most estates need to settle. Not only did he negotiate the fee, but he put those fees aside in a separate account.

Jody’s father added Jody to his bank accounts which allowed her to seamlessly pay bills. As Jody is American and there are no probate fees in the U.S., this was not done for probate purposes, but only for easing the administration of the estate for Jody. See my blog on Joint Bank Accounts, Documenting your Intention to understand some of the issues of using joint bank accounts in Canada.

However, after undertaking the executor’s job, Jody had this to say “After he passed away and I realized all that it entailed, I found myself thinking that maybe I should have taken him up on that offer. Being the executor of an estate — even a very well-planned estate — took about 10 to 15 hours a week for months. It’s a big job. I found myself resenting my brothers since I was doing it all.”

I Cannot say it better than Jody


I conclude with one more quote from Jody. “I honestly consider my father’s financial planning to be a selfless act of love. Despite his generosity, I would trade every last cent for ten more minutes with him. When someone you love dies, it’s brutal. Emotionally, and physically. Trust me; you really are in no state to make these types of financial or legal decisions on your own”


The blogs posted on The Blunt Bean Counter provide information of a general nature. These posts should not be considered specific advice; as each reader's personal financial situation is unique and fact specific. Please contact a professional advisor prior to implementing or acting upon any of the information contained in one of the blogs.
Labels: estate planning, executor fees, joint bank accounts, love, lynne butler, organization, preparing for death, professional fees