Canadians Continue to Break TFSA Rules -So Why not Help Them? 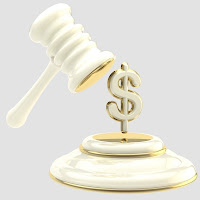 Generally, I believe blame should start and stop with yourself. However, where thousands of people are making the same mistake, it is obvious the CRA and the institutions administering TFSAs are still not enunciating and communicating the rules clearly to Canadians, despite their good intentions in some cases.

In general, there are two ways over-contributions arise in a TFSA:

1. Individuals contribute an amount greater than their yearly contribution limit.


2. Withdrawn TFSA contributions are “put back” in the wrong year

For example: if you withdrew $3,000 from your TFSA in February, 2012 and you put back any portion of that $3,000 (assuming you have no other contribution room) at anytime in 2012, you will have over contributed in 2012. The over-contribution results because the $3,000 withdrawal should not be added to your contribution room until 2013.

So, after several years of thousands of Canadians misunderstanding the withdrawal rules for TFSAs, why doesn’t the CRA request, or financial institutions on their own volition, take the simple step of requiring its representatives to ask the following two questions before a TFSA contribution is accepted?

1. Have you confirmed your yearly TFSA contribution room to your income tax assessment or with the CRA through your online account or any other means?

I would suggest that if these two simple common sense questions were mandatory questions financial institutions asked its customers before they made TFSA contributions, the CRA would have no need for 76,000 letters next year and taxpayers would have no one to blame, but themselves.


The blogs posted on The Blunt Bean Counter provide information of a general nature. These posts should not be considered specific advice; as each reader's personal financial situation is unique and fact specific. Please contact a professional advisor prior to implementing or acting upon any of the information contained in one of the blogs.
Labels: over-contribution, TFSA, tfsa contribution room, TFSAs