Should the CRA Reward Tax Snitches?

John Greenwood of the National Post recently wrote a two-part series contrasting how the Internal Revenue Service (“IRS”) and the Canada Revenue Agency (“CRA”) deal with income tax evaders and cheaters. In my opinion, the CRA should implement a "whistleblower program" similar to that of the IRS. 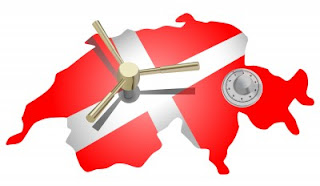 In Mr. Greenwood's first article titled, “UBS Whistleblower gets $US104-million award from the IRS”  he details the astronomical $104,000,000 settlement paid by the IRS to UBS whistleblower Brad Birkenfeld; whose detailed information provided the IRS with enough ammunition to cause UBS of Switzerland to pay the IRS a $780,000,000 cash settlement and to hand over details on thousands of U.S. citizens holding offshore bank accounts. As the Swiss have always protected their banking secrecy (bankers can be criminally charged for revealing a client’s identity), one can only imagine the devastating information Mr. Birkenfeld (who was sentenced to 40 months in prison and was only recently released) provided the IRS to cause the Swiss to breach their historical secrecy.

Mr. Greenwood in his article also discusses how the IRS uses financial rewards to catch tax evaders (the reward can be as high as 30% of the income tax collected) and then uses that information to prosecute and/or go after the tax evaders. In comparison, the CRA provides no financial incentive to step forward, and in some cases punishes the whistleblowers. Critics of the CRA suggest the agency rarely pursues tax fraud even when provided with detailed information and names.

In Mr. Greenwood’s second article,  he alleges that Mr. Birkenfeld provided the CRA with copious notes, even though Mr. Birkenfeld had no incentive to do so. When asked what it had done with this information, a spokesman for the CRA states "the agency does not comment on specific cases, and nor does it discuss investigations it may be conducting". However, it appears the CRA has yet to prosecute anyone criminally.

I suggested in one of my most popular blog posts titled Will I be Selected for a CRA Audit, that “there is nothing worse than a scorned lover, a business partner you have had a falling out with or a dismissed employee to trigger a CRA audit.” However, the aforementioned whistleblowers are typically snitching about “small potato” tax evaders and in some cases, they may be more concerned with being vindictive than in providing honest information. So how can the CRA find multi-million dollar business evaders?

Mr. Greenwood suggests that “the best way to infiltrate the greed business, is by greed itself” and by offering whistleblowers financial incentive to turn in their colleagues and clients.

The CRA would argue otherwise and states that 611 Canadian taxpayers have come forward under the voluntary disclosure program and declared income relating to offshore UBS accounts and that 531 of these cases have been processed revealing $109 million of unreported income.

Personally, I think Mr. Greenwood and the IRS have it right; financial reward trumps loyalty or morality. The only reason the CRA has 611 voluntary disclosures is because the IRS broke down the Swiss secrecy wall and this caused Canadians with Swiss bank accounts to become concerned that their information was not safe with the Swiss.

So, what type of person would snitch out a “tax evader” given that many people seem to condone tax cheating or evasion as a national pastime in both the U.S and Canada?

In this CNN Money article, titled Rat out a tax cheat, collect a reward, Tim Gagnon, an academic specialist of accounting at Northeastern University, suggests that “the most common informants tend to be dissatisfied middle-ranking employees in big companies”. Gagnon states that "I think it happens more in middle management than upper management, they're workers in the middle ranks who feel frustrated about what's going on and are not advancing or don't think they have a shot of moving up, because otherwise, it's hard to break loyalty."

Based on the discussion above, we know vindictive ex-spouses, former business partners and middle management employees fit the whistleblower profile, but how about my own kind, accountants? 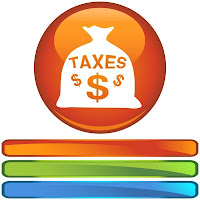 It is interesting to note that the first person to make a claim under the whistleblower program was an accountant in public industry, as detailed in this article. In this case, the accountant tipped off the IRS about a tax lapse his employer ignored and he received a $4.5million award.

The in-house accountant's tip netted the IRS $20million in taxes and interest from the company. The IRS paid the tipster, $3.24million, net of 28% for tax purposes. Nothing like giving a reward and then taxing back 28%.

Buy the way, if you ever get such a reward, you report the income on line 136 of your income tax return under "snitch income" and report the expenses relating to personal protection under line 236, under "bodyguards".

So, should the CRA go to a whistleblower program? Would you turn in your employer or client if you could receive 15-30% of the evaded taxes?

As a tax accountant, I have no issue in assisting people minimize their income taxes in a legal manner. However, I feel all Canadians should pay their fair (even if minimized) share of income taxes and I cannot condone tax evasion. That being said, I would have a hard-time becoming a whistleblower if I found out a client was evading income tax. I would feel that I was breaching the confidentiality of my relationship with the client and I would probably just fire the client. Nevertheless, whistleblower legislation of any kind would surely change the accountant/client dynamic.


The blogs posted on The Blunt Bean Counter provide information of a general nature. These posts should not be considered specific advice; as each reader's personal financial situation is unique and fact specific. Please contact a professional advisor prior to implementing or acting upon any of the information contained in one of the blogs.
Labels: banking secrecy, Brad Birkenfeld, CRA, IRS, switzerland, tax evasion, voluntary disclosure, whistleblower