You must admit, nobody has as many uplifting titles for their blog posts as I do. I have previously had such cheery titles as “Stress Testing Your Death” and “Is it Morbid to Plan for an Inheritance”. So today, in keeping with my "Morbid Mark" theme, I will discuss the tax implications that can occur when one spouse passes away, and does not will all of their assets to their surviving spouse. 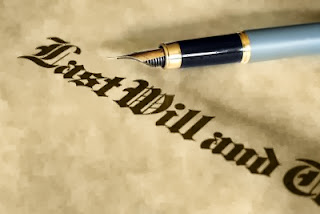 
Upon death, you are deemed to have disposed of your capital and non-depreciable property (typically your principal residence is tax-free) for proceeds equal to the fair market value (“FMV”) of the assets immediately before death. If the FMV of any property is greater than the original cost of that property, your executor must report a capital gain on your income tax return for the year of death (known as a terminal return).

For example, if John passed away on September 1, 2013 and he owned shares of Bell Canada worth $40 on September 1st, that he had purchased for $28 several years ago, his estate must report a deemed capital gain of $12 per share on his terminal return. The same would hold true for a rental property, which may also have additional potential issues, such as the recapture of capital cost allowance (depreciation).

In the good old days of Ozzie and Harriet, the automatic provision was fairly standard. People stayed married and both spouses would usually have mirror wills, leaving all or most of their property to each other.

Today, with the high rate of divorce, second families and spouses who have independent thoughts, it is not that unusual for spouses to have different wills or wills in which they only leave some assets to their current spouse.

Where spouses have different wishes in their wills and don’t leave all their property to their surviving spouse, the deemed disposition rules noted above come into effect. The resultant income tax liability can in some cases be large and where assets are not liquid, the payment of those taxes can sometimes be problematic.


Why Would Spouses Have Different Wishes


There are a myriad of reasons why spouses may not have mirror wills or leave all their assets to each other. Here are some common reasons: 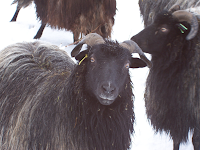 2. Black Sheep Children -One spouse may have an issue with one of their children and be concerned their surviving spouse will turn around and leave money to the black sheep child when they pass away.

3. DINKS – The “double income no kids” cohort often have other family members they wish to benefit from their estate, such as parents, siblings, nieces and nephews. They are confident that their surviving spouse has enough assets of their own and will not need a large inheritance in order to have a prosperous retirement. According to estates lawyer Katy Basi “The wills that we draft for childless testators are often long and sometimes quite complicated. The tax implications of the estate plan need to be carefully considered.”

4. Charitable Wishes – Spouses often have different charitable views. One spouse may want to leave a significant portion of their wealth to charity while the other does not. In this case, the concern is not an income tax issue, as the donation(s) eliminate most of the tax liability, but the issue becomes a question of whether assets must be liquidated to enable the executor to make the donations in the will.

As I have been told my blog posts are too long, I will stop here today. On Wednesday, I will discuss the income tax implications, liquidity concerns and planning issues when spouses don't leave all their assets to each other.


The blogs posted on The Blunt Bean Counter provide information of a general nature. These posts should not be considered specific advice; as each reader's personal financial situation is unique and fact specific. Please contact a professional advisor prior to implementing or acting upon any of the information contained in one of the blogs. Please note the blog post is time sensitive and subject to changes in legislation or law.
Labels: black sheep children, death, deemed disposition, estate, income tax consequences, Katy Basi, liquid assets, mirrored wills, second families, spousal rollover, tax liability, wills