Last year I wrote several times about the onerous requirements proposed by the Canada Revenue Agency (“CRA”) in respect of Foreign Reporting and the related Form T1135, for taxpayers that held foreign investments with a cost of $100,000 or more. The proposed changes caused a huge compliance issue for financial institutions, accountants and taxpayers alike. As a result, the CRA eased its initial requirements and announced in late February, 2014, that for the 2013 tax year only, taxpayers could elect to report based on much less strict “transitional rules”. 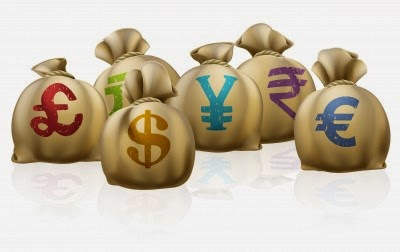 After further consultations with external stakeholders, the CRA announced that it has implemented several permanent changes to Form T1135 for the 2014 and later tax years. For the typical Canadian investor who holds foreign stocks, bonds and funds with Canadian institutions, these changes will simplify life substantially from the initial proposals. For those Canadians who own stocks, real estate, etc. outside Canada, the rules remain arduous. The changes are detailed below:

I have been asked a couple times about the reporting of options for T1135 purposes. One of my tax managers spoke to a CRA representative and was told that all options (including sold cash secured puts, covered calls, bought and sold in-the-money calls) should be included on Form T1135 under “Category 6 – Other Property Outside Canada” as specified foreign property pursuant to subsection 233.3(1) - “a property that is convertible into, exchangeable for, or confers a right to acquire a property that is Specified Foreign Property”. The CRA representative noted that as of August 1, 2014, these amounts should be reported under the new Category 7 using the aggregate reporting method assuming that the options are held in an account with a Canadian registered securities dealer.

Finally, the CRA told us that the cost amount would be the acquisition cost of the option, and not the value of the stock exposure.(Please be advised this is telephone advice and the CRA, Cunningham LLP and myself make no representation as to its accuracy).


The blogs posted on The Blunt Bean Counter provide information of a general nature. These posts should not be considered specific advice; as each reader's personal financial situation is unique and fact specific. Please contact a professional advisor prior to implementing or acting upon any of the information contained in one of the blogs.
Labels: CRA, foreign income, Foreign Income Verification Form, foreign property, Foreign reporting, options, t1135

New comments are not allowed.