The Best of The Blunt Bean Counter - Resverlogix - A Cautionary Tale

This summer I am posting the "best of" The Blunt Bean Counter blog while I work on my golf game. Today, I am re-posting a November, 2010 blog post on my trials and tribulations as a shareholder in Resverlogix, a small Canadian public bio-tech stock. [Note: I have edited the original post to reduce the length and updated the tale at the conclusion of the post].

I selected this post as a "best of" for two reasons:

1. It is still an interesting story and my experience should still prove as a caution for your investing, even almost 4 years after my post was published.

2. This post has a soft spot for me. Back in November, 2010, I was a struggling blogger with maybe 3 readers. When I posted this blog, it was picked up by Seeking Alpha a large U.S. investment research and discussion site as a featured article and by several Canadian finance bloggers as a "blog to read". This publicity started my blog on the way to where it is today (a blog with 13 readers :)

This post will recount the saga of my share ownership of  Resverlogix Corp. (“RVX”), a TSX-listed company. This is a cautionary tale in investing and a very interesting story and it should not be construed as investment advice. If I had the inclination, there is enough gossip and innuendo surrounding this stock that I could spin this story into one that could be printed in the National Enquirer; however, it is my intent to be mostly matter of fact and reflect the investment element.

The saga begins in the spring of 1996 when I was made aware of a bio-tech stock out of called Resverlogix Corp. (“RVX”). The company was working on a drug (RVX-208) to turn on Apolipoprotein A-1 (“ApoA-1”). ApoA-1 is the major protein component of high density lipoprotein (HDL). HDL is known as the “good cholesterol.” In extremely simplistic terms it is hoped that the protein will promote the removal of plaque from the arteries by reverse cholesterol transport (cholesterol is removed from the arteries and delivered to the liver for excretion). 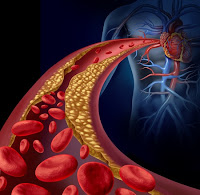 You are probably thinking “Why the heck did Mark not sell the day before the AHA?” In retrospect, that would have been prudent, however, I had decided I was going for a home run and would accept a strike out. In the bloody aftermath, more detailed analysis of RVX-208 and Merck’s Anacetrapib were reported. The analysis ranged from optimism for Anacetrapib (MedPage Today, quoted Elliott Antman, MD, professor of medicine at (a very well respected researcher according to a doctor friend of mine) as saying "The important thing that we saw here with RVX-208 was the dose response. That means that something is happening with the drug. I think that the dose response trumps P-values.") to comments that the HDL levels were out of line and may never achieve clinical success.
I am not sure there is a moral to this story; this was cathartic to write and like I said, it is a saga, a saga that is still ongoing. I guess, if anything, this is just a cautionary tale about investing in biotech’s and investing in general.

In 2013, RVX came back to life as it undertook its ASSURE  Phase 2b clinical trial that evaluated RVX-208 in high-risk cardiovascular patients with low HDL. The company in early June spun-out RVX Therapeutics Inc.(a unit of RVX containing an epigenetics-based BETi drug discovery platform) to Zenith Epigenetics Corp. so that shareholders of RVX now owned one new common share of RVX and one common share of Zenith. As part of the spin-out, Zenith is entitled to a tiered royalty of 6-12% of revenue derived from RVX-208. Investors liked this transaction as if RVX did well Zenith shareholders would benefit to a lesser degree and they also had a separate platform of drugs. I received Zenith shares and still have them, as they are not publicly trade-able and I look at them as a lottery ticket.
Unfortunately, in June 2013, RVX announced the Assure trial did not meet its primary endpoint and the stock which had risen from the dead to as high as $4, again crashed down to around 23 cents.

In September 2014, the company announced that Post hoc analysis of data from the two Phase 2 clinical trials with RVX-208 showed a reduction in Major Adverse Cardiovascular Events (Mace) in patients with cardiovascular disease and a 77% reduction of  MACE in patients with diabetes mellitus. This news gave the stock new life and together with an April, 2015 announcement of a licensing agreement with an Asian company Shenzhen Hepalink Pharmaceutical Co., Ltd., the stock which seems to have nine lives, has awoken again and rose to a high of $3.14 in April. The stock has now settled back to $1.82 as of Friday as investors now wait in anticipation of a PHASE 3 trial that is scheduled to start in the fall of 2015.

This saga is now coming upon ten years for me as I still have some shares kicking around and the spin-off Zenith shares. Who knows, maybe the Phase 3 trial will finally cause a buy-out of RVX or maybe the stock is on its ninth life and the saga will finally come to a conclusion.

Disclaimer: This post is a cautionary investment tale. It is not meant in any manner, as an endorsement of RVX as a stock purchase.


This site provides general information on various tax issues and other matters. The information is not intended to constitute professional advice and may not be appropriate for a specific individual or fact situation. It is written by the author solely in their personal capacity and cannot be attributed to the accounting firm with which they are affiliated. It is not intended to constitute professional advice, and neither the author nor the firm with which the author is associated shall accept any liability in respect of any reliance on the information contained herein. Readers should always consult with their professional advisors in respect of their particular situation.
Labels: AHA, capital gain, capital loss, financial planning, investment, Merck, Resverlogix, stocks, toronto