The Liberal Victory - How it May Affect TFSAs, Personal and Corporate Taxes

Last week on Twitter, one of my favourite tweets was by sportswriter Dave Hogg. He tweeted, “Two thirds of Canada is covered by the Liberal Party. The other third is covered by Kevin Pillar" (the Toronto Blue Jays center fielder). 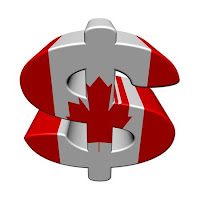 Unfortunately, since the Blue Jays are toast (how could they not score that man from third?), I will talk about the Liberal victory and what it may mean to income taxes. I say “may mean” because, until we see legislation, we are never sure as to what proposals or promises will be implemented and the exact wording of the actual legislation.

The Roll-back of the TFSA Contribution Limit


Liberal leader Justin Trudeau (as I understand it, Mr. Trudeau is a prime minister-designate, thus I will not call him Prime Minister in this article to be technically correct, and just stick with Mr. Trudeau for now) emphatically stated several times he would cancel the tax-free savings account (" TFSA") limit increase from $5,500 to $10,000. There is much hand-wringing and concern over what will happen to the extra $4,500 many people contributed this year.

This is probably much ado about nothing. Personally, I think the Liberals will probably just do something like this to clean up the issue:

Assuming I guess correctly, this would clean-up the TFSA issue. Those who contributed the extra $4,500 in 2015 will only have another $1,000 to contribute in 2016 and they will be warned in advance that if they over-contribute they will be subject to a penalty. Easy peasy IMHO.

Potential Changes to Your Personal Taxes


The Liberal platform included some of the following potential changes:


The Liberals stated they plan to follow through with a proposed small business corporate tax rate decrease from 11% to 9%. However, they want to ensure that private corporations, known as Canadian Controlled Private Corporations ("CCPCs") are not used to reduce personal income tax obligations for high-income earners.

As noted in this National Post article, Mr. Trudeau said the following in a CBC interview, “A large percentage of small businesses are actually just ways for wealthier Canadians to save on their taxes. We want to reward the people who are actually creating jobs, and contributing in concrete ways. So there’s a little tweaking to do around that.”

In a follow up article  Mr. Trudeau said “that several studies have shown that more than half of small business owners are high-net-worth individuals who incorporate…to avoid paying as high taxes as they otherwise would”. The Post noted that “in that group are doctors and lawyers, groups that may find themselves squeezed by the policy Trudeau loosely outlined this week”.

To the best of my knowledge, there has been no discussion on how the Liberals would carve out part of the small business population from using the small business deduction. This would be an extremely complex piece of legislation.

In the Rob Carrick article, I noted that I would expect some people may start considering leaving Canada to move to a lower tax jurisdiction or consider moving their funds offshore. As discussed in one of my earlier blogs, in my personal experience, this is typically something only the ultra-rich undertake. What I have found is that once people understand the income tax consequences (deemed disposition of certain assets) that results upon emigration and when they account for family and healthcare, they typically grin and bear income tax increases. I do have some concern that higher tax rates may impact the amount higher income earners invest in their current or new businesses.

Last week a doctor told me he was starting to see other medical professionals consider leaving Canada for the United States. I told him I was surprised as I thought that exodus had been stemmed by better pay policies implemented over the last ten years or so. If that doctor is correct, it will be interesting to see if higher personal and corporate tax rates are implemented, whether mobile professionals and small business owners will in fact consider leaving Canada for lower taxing jurisdictions.


This site provides general information on various tax issues and other matters. The information is not intended to constitute professional advice and may not be appropriate for a specific individual or fact situation. It is written by the author solely in their personal capacity and cannot be attributed to the accounting firm with which they are affiliated. It is not intended to constitute professional advice, and neither the author nor the firm with which the author is associated shall accept any liability in respect of any reliance on the information contained herein. Readers should always consult with their professional advisors in respect of their particular situation.
Labels: ccpc, Corporate Taxes, dentist, doctor, Justin Trudeau, Kevin Pillar, liberals, Personal taxes, Small Business Corporate Income Tax, TFSAs, Toronto Blue Jays