GST/HST - Know the Top Audit Issues Before the CRA Visits

I receive many questions on my blog or to my Blunt Bean Counter Gmail about GST/HST issues. Thus, I thought it was about time to have a specialist address some of the top CRA audit issues in relation to GST/HST. Thus, I asked Brian Morcombe, a Senior Tax Manager with BDO Canada LLP’s national Indirect Tax group if he would provide a guest blog post on these issues and he, to my delight obliged. Below Brian highlights some of the top audit issues that apply to corporations, individuals, and to both individuals and corporations.

GST/HST - Know the Top Audit Issues Before the CRA Visits


It appears that CRA has a new mantra when it comes to GST/HST audits; do more with what you have. Given that CRA has not had the luxury of earning more revenue through increased rates, it has hired more auditors and is auditing the low hanging fruit. Desk reviews of refund returns (i.e., Refund Integrity Reviews) and input tax credits (ITC) recapture requirements are examples of how CRA is expending resources to hone in on common exposure areas. 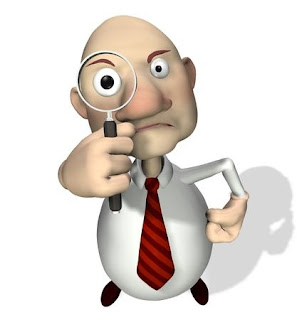 It is clear from discussions with BDO Canada’s national indirect tax group that the majority of CRA assessments raised against registrants relate to a lack of sales tax procedures and understanding of the rules (as opposed to nefarious efforts by taxpayers to avoid tax). Personally, having conducted many sales and payroll tax diagnostics/health checks at clients, most issues can be flushed out and resolved long before a CRA auditor comes knocking.

With that in mind, the following are some of the most common errors identified by CRA auditors. They are not all complicated technical matters but often are surprisingly irritating in their simplicity. By considering these issues in relation to your own activities, it is possible to greatly reduce your business’ risk of exposure. Benjamin Franklin’s quote never had better application… “an ounce of prevention is worth a pound of cure.”


Far and away, documentation issues reign supreme in GST/HST field audits and Refund Integrity Reviews (desk reviews of GST/HST refund returns filed by a registrant with CRA). GST/HST has been in place for almost 25 years and the bottom line is that taxpayers are getting sloppy with documenting the tax. Why does it matter? Where a vendor fails to include certain information on its invoices, CRA can deny the purchaser its ITC and assess interest and possibly penalties. The documentation requirements are staged based on the value of the invoice. The most common errors in documentation for invoices values at $150 or more include:


Not including the correct business name of the purchaser may seem ridiculous to some, and CRA agrees. However, this is not as simple a point as one might think. Generally, the person that is eligible to claim an ITC is the “recipient” of a supply. The recipient is typically the person that is liable to pay consideration for the supply. With few exceptions, CRA views the liable person to be the person that is named on the invoice. As a result, if one legal entity is billed GST/HST but another legal entity claims the ITC, CRA will deny the ITC. Consider a subsidiary that is invoiced for supplies intended for its parent, often the invoice is forwarded to the parent for payment and the parent claims the ITC. CRA will deny the refund in this regard as the parent was not liable for the tax.

By taking certain measures, it is possible to rectify this error retroactively. What is better is having an accounts payable procedure in place that requires confirmation of the name of the legal entity being billed such that this costly issue does not occur in the first place.


Many vendors are not aware of the requirement to include GST/HST account numbers on invoices and most purchasers are not aware that ITCs can be denied where an incorrect number is provided or no number is provided at all. As part of a recent Refund Integrity Review, a client was required to provide their top ten purchase invoices (by dollars); seven invoices were missing business numbers. Had assistance not been provided, the client would have been denied more than $47,000 of ITCs (and assessed interest) due to the various vendors’ oversights.

To ensure this requirement has teeth, CRA has made a GST/HST registry available on its website and has made it clear that it is incumbent upon purchasers to confirm the validity of GST/HST account numbers on vendor invoices. The registry allows purchasers to enter the vendor name, account number and transaction date to confirm that the vendor’s GST/HST account is active. As with the above issue, having an accounts payable procedure that requires all vendor names and GST/HST accounts to be validated with CRA’s registry can prevent this expensive error.


In addition to the above points, the CRA can deny ITCs where the following is missing from invoices on purchases over $150:


With the introduction of new filing requirements, related party transactions have a renewed sense of purpose in the CRA’s audit toolkit. In very general terms, certain closely related Canadian corporations and Canadian partnerships may be eligible to elect to treat supplies between them as if they were made for no consideration, that is, without attracting GST/HST on the transactions (excluding real property by way of sale). Until 2015, parties to the election could complete GST Form 25 and keep it with their GST/HST files for review by CRA should CRA come knocking. Effective 2015 a new form RC4616, Election or Revocation of an Election for Closely Related Corporations and/or Canadian Partnerships to Treat Certain Taxable Supplies as Having Been Made for Nil Consideration for GST/HST Purposes, must be completed and submitted to CRA. What’s all the fuss about? It turns out that many corporations and partnerships are of the view that, regardless of elections, there is no need to transact GST/HST on related party transactions.

If you have more than one legal entity in your corporate structure, the issue of applying GST/HST to related party transactions should be looked at closely. Where the businesses transfer property or share expenses regardless of whether invoices are issued or journal vouchers are generated, CRA can assess GST/HST and interest on these related party transactions where an election is not available or is allowed but not on file.


Another area of focus for CRA is the recapture of ITCs on specified properties by large businesses (generally financial institutions and businesses or associated groups of businesses with greater than $10m of annual revenue). Beginning July 1, 2010, large businesses were required to carve out from their ITCs the provincial component of HST (e.g., the 8% of the 13% HST in Ontario) on certain purchases related to utilities, vehicles, meals and entertainment and telecommunications that were acquired in or brought into Ontario or British Columbia for consumption and ultimately remit it back to CRA. Although the requirement to recapture in British Columbia ceased upon British Columbia’s departure from HST, it is still required in Ontario and, as of, April 2013, Prince Edward Island. Note that Quebec also has restricted input tax refunds on specified properties.

In Ontario, CRA has initiated a RITC Unit that is targeting businesses that it believes are required to recapture ITCs. Given that RITCs must be reported on a separate line of the GST/HST return and CRA can simply tally the line 101 sales amount of a GST/HST registrant’s return to determine revenue (or take the total revenue of all associated registrants from a business’ T2), it is easy to identify offending parties.

If your business has greater than $10m in annual revenue or is part of an associated group of businesses that, in total, has annual revenue exceeding $10m, effort should be taken to confirm ITCs are being recaptured correctly on specified properties and remitted to CRA. It is also important to confirm that proxies to reduce recapture amounts are being applied appropriately (e.g., the production proxy to reduce RITCs on utilities for manufacturers). Given that a phase out of RITCs has begun (effective July 1, 2015 only 75% of the recapture amount must be remitted to CRA), the clock is ticking for CRA to identify non-compliant taxpayers and assess the tax as well as interest and penalties.


As demonstrated by the volume of cases being reviewed by the courts, GST/HST rebate errors on purchases of new residential complexes are a dime a dozen and a hot topic for CRA’s Real Property Unit. Many purchasers of new homes know only that a rebate of GST/HST is available on such purchases but are not aware of the traps that can result in sizable GST/HST assessments. Here are the most common errors:


New housing GST/HST rebates can be more than $27,000 and are generally available to individuals (or their relatives) acquiring a new or substantially renovated residential complex as their primary residence. Often the rebate is assigned to the builder and the purchaser only learns of any issues several months (or years) after closing. CRA is actively auditing and denying the rebates where (among other errors):
and/or the purchaser acquired the property as a rental property.

If any of the above circumstances apply to your purchase, an assessment may be looming but, in some cases, a fix may also be available.


Calculated in the same fashion as the New Housing Rebate, the NRRP rebate is generally available to purchases of new or substantially renovated residential complexes acquired by a person (including corporations) for long term rental as a qualifying residential unit and must be applied for by the purchaser as opposed to being assigned to the builder. Although many issues can arise with NRRP rebates, the most common errors include: 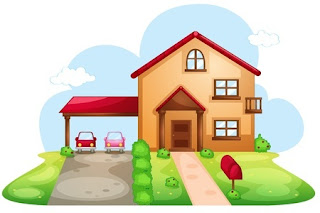 and/or not claiming the rebate within the required two year limit.

As with the New Housing Rebate, identifying the error early may allow for a fix or, possibly, pave the way for reduced interest and penalties.


Sales taxes affect every transaction contemplated by a business in one way or another but often receive little attention. Should CRA identify errors, they can typically assess as far back as four years if not further. Having your sales tax reviewed from a compliance standpoint is an excellent way to identify risk areas and to resolve any noted concerns with the tax authorities. CRA offers a voluntary disclosure program that allows taxpayers to bring forward exposures with a view to mitigating potential penalties where all conditions associated with the voluntary disclosure program are met. Don’t wait until CRA notifies you of an audit to determine whether a problem exists.