The Best of The Blunt Bean Counter- Inheriting Money - Are you a Loving Child, a Waiter or a Hoverer

This summer I am posting the "best of" The Blunt Bean Counter blog while I work on my golf game. Today, I am re-posting a June, 2014 blog post on how people act when they become aware they will inherit money from their parents or grandparents.

This topic is a bit controversial and the post became the basis for an article by Adam Mayers of the Toronto Star on inheritances, titled Inheritances are about love, money and greed.


In February 2012, I wrote a blog post titled “Is it Morbid or Realistic to Plan for an Inheritance?”. I knew this was a touchy subject and would elicit various reactions from my readers. In the post, I stated that to “ignore the existence of a significant future inheritance that would impact your personal financial situation may be nonsensical” from a financial and retirement planning perspective. 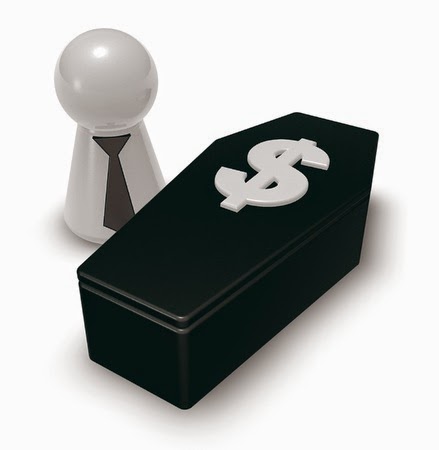 
Hoverers are an even lower species than the waiters. These children often pay little or no attention to their parents their whole life, but when their parents get sick or older, they start hovering around. Many years ago one of my clients was very sick and was expected to pass away any day. I received a call from one of his children. I assumed the call was going to be the bad news that my client had passed away and the child was going to provide me the details of the funeral. The call was indeed to tell me their parent had passed away, but they were not calling to tell me about the funeral arrangements; their question to me was when they could start accessing their inheritance. I just felt sick to my stomach.


This site provides general information on various tax issues and other matters. The information is not intended to constitute professional advice and may not be appropriate for a specific individual or fact situation. It is written by the author solely in their personal capacity and cannot be attributed to the accounting firm with which they are affiliated. It is not intended to constitute professional advice, and neither the author nor the firm with which the author is associated shall accept any liability in respect of any reliance on the information contained herein. Readers should always consult with their professional advisors in respect of their particular situation.
Labels: donations, hoverer, inheritance, money, parents, planning for an inheritance, waiter, will