Ecommerce Sales Tax in the U.S.: The Road to Wayfair

Taxation can be slow to change, but legislatures, courts and other government bodies eventually cause the tax laws to catch up. That’s what happened last year with a landmark U.S. court decision affectionately known as Wayfair. (The full title is South Dakota v. Wayfair, Inc.)­ 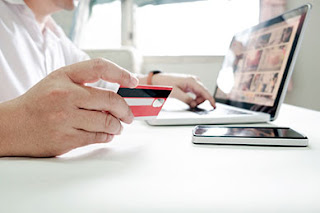 Today Naomi Cutler, Senior Manager, U.S. State and Local Tax at BDO, zooms out to reflect on the events leading up to this key decision — and how Canadian business owners and leaders need to adapt.
___________


Most U.S. states impose sales tax on purchases of goods, and many also tax some services. For those states with a sales tax, the tax revenues often account for the largest income line item in the budget.

Businesses resident in the state are required to collect the tax. Over 25 years ago, the federal Supreme Court ruled that out-of-state businesses must have a physical presence in-state for sales tax collection laws to apply to them.


With the rise of e-commerce came deficits in state budgets. Most e-commerce retailers were not required to collect sales tax, so many transactions were going “un-taxed.” Bricks and mortar stores were also suffering from lost revenue, partially attributable to not being able to compete with the “sales tax discount” available to consumers who purchase online.

Congress drafted several “Marketplace Fairness Acts” in efforts to create sales tax parity between online retailers and their competitors with retail storefronts. None of these passed through both the House and Senate. Vocal states like New Hampshire, the Live Free or Die state, derided the idea that their local businesses should be stuck with the headache of collection of any state’s tax.

Meanwhile, Supreme Court Justice Kennedy made a comment in passing, suggesting that it was time to bring a new case to the Supreme Court to test prior rulings on physical presence.

Several states took up the challenge, and South Dakota was the first to make it to court. Its legislature drafted a law that looked to be unconstitutional: Per the law, an out-of-state business will need to collect state sales tax, once it has $100,000 of sales to South Dakota in a year, or had 200 transactions in a year. The company Wayfair and several other similar businesses did not abide by the new law. The state of South Dakota took them to district court, and eventually the case made its way to the Supreme Court.

The Wayfair ruling came back on June 21, 2018: The requirements set out by South Dakota seem reasonable. Physical presence was no longer required to make companies liable for sales tax. (Fittingly, Justice Kennedy wrote the judgement; it was one of his final decisions before retiring.)

The world after Wayfair


Since June 21, many states have enacted laws similar to South Dakota’s, and have begun to enforce those laws. The expectation is there will now be a level playing field between bricks and mortar and ecommerce.


To be clear — the change in rules was targeted to recoup losses from ecommerce, but it reaches a lot further than that. Many Canadian B2B companies have in the past successfully sold into the U.S. market without sufficient presence in the U.S. to trigger sales tax collection responsibilities. These rules may change that. What has not changed is that sales tax is still only collectable from the end user and that often machinery and equipment sales are exempt. Sellers should collect and retain sufficient documentation to maintain rights to these exemptions.

The changes brought about by Wayfair are very complex. Please contact your professional advisors or seek advice from a U.S. state tax specialist to understand how this case impacts your business.

To learn more about managing your taxes when doing business in the U.S., read this new guide.