The Top Tax Tips for Students

Many people say their college or university years were the best time of their lives. We leave home for the first time, gain some independence, meet new people from all walks of life, and binge-watch the antics of John Belushi and Co. in the classic campus movie Animal House. But with costs going up to attend post-secondary institutions, it has become more important than ever for students to understand how they can maximize their funds during the student years. One potential avenue? Saving money at tax time.

This week Christopher Bell joins The Blunt Bean Counter to break down the top tax tips for students.
___________ 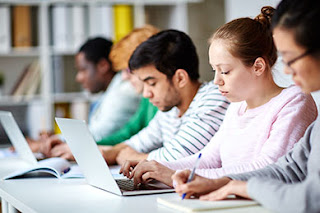 
The biggest credit in terms of dollar value is typically the tuition tax credit. In any given year, students are eligible to claim a federal non-refundable tax credit equal to 15% of eligible tuition fees.

The tuition tax credit is granted to students who attend a qualifying educational institution in Canada. These typically include universities, colleges, and other post-secondary level institutions (including select occupational skills courses as of 2017). To obtain this credit, students need to download Form T2202a from their university website.

Provincial credits are available for students in provinces other than Ontario, Saskatchewan and New Brunswick. In those three provinces, the tuition tax credit was eliminated in recent years - students who have amounts to carry forward will be allowed to continue to do so.

A student can transfer up to $5,000 of current year tuition amounts to a spouse, common-law partner, parent, or grandparent for a federal tax credit; provincial transfer amount limits may differ from the federal amount depending on the province. Students can carry forward any unused credits to deduct against income earned in future years.

Students who attend foreign educational institutions will need a copy of Form TL11A completed by the school’s registrar to claim tuition credits. These credits can turn into massive carryforward amounts that can result in large refunds when the student graduates and starts working. Students could consider paying mom and dad back if they helped to pay for your tuition and for their support with … or scratch that: go buy yourself something nice. You deserve it (and they won’t mind).


Some bad news for students came on January 1, 2017 as the federal government eliminated the federal education and textbook credits. The education credit – like the tuition credit – relates to a student’s time on campus. However, it is calculated not based on tuition dollars but rather on the number of months the student is enrolled.

Students in all provinces and territories who have unused education and textbook credits from prior years can claim them on their 2018 tax returns, or continue to carry them forward to future taxation years if unused.


Students can often apply for scholarships through their educational institution. They are a great way to help ease the burden of the large financial cost of post-secondary programs, and are typically awarded in the form of scholarships, bursaries, and research grants.

Here’s some good news: you may not have to include these amounts in income at all. Typically, the first $500 is exempted automatically. Not only that: most awards received from university or college programs are eligible for a full exemption. It is important to discuss this with an advisor, as there are additional implications to consider if these awards were received in relation to a student’s employment or business.


Another popular means of paying for schooling is making withdrawals from a Registered Education Savings Plan (RESP). One advantage of these plans is that the student (and the contributors) can withdraw the original contribution amount tax-free when required. This is because RESP contributions are made using after-tax dollars.

When the student makes a withdrawal from their RESP, any interest, dividends, or gains earned from the investment of the contributions, including any government grants or incentives (e.g., Canada Education Savings Grant), will be taxed in the hands of the student. These payments are referred to as Education Assistance Payments (EAPs), and can only be made if the student is enrolled in qualifying programs (most full-time and part-time programs in both college and university qualify). If a student decides to attend a foreign educational institution, there are specified criteria that the program must meet in order to qualify, so be sure to contact your advisor for assistance.

There is a tax savings opportunity available if a student has multiple income sources during the year and they are drawing from the funds within their RESP. If a student is expecting to owe taxes at the end of the year, it would be advisable to make withdrawals on the contribution amounts rather than taking EAPs during the year to remove any tax liability created from receiving the payments. A student should plan with their advisor which types of withdrawals to take in each year, but it is important to ensure that any grant money received from the government on the funds contributed to their RESP is withdrawn prior to graduation; otherwise, these funds will need to be repaid to the government. It is also important to note that if a student does not withdraw the entire balance of the investment income (the amounts that would qualify as EAPs), these amounts will be brought into income after graduating, at potentially higher tax rates.


Even with help from parents, working a part-time job and savings, students are often forced to turn to government loans or private lenders in order to fund their education. When it comes to government loans, remember that sometimes the assistance is broken down into grants and loans. The grant portions do not need to be repaid, but the loan component requires repayment, and has interest associated with it.

Typically, the interest begins to accumulate at the end of a student’s studies at their educational institution, while repayment of the loan (and associated interest) is not required for the first six months after graduating. Recently, the Ontario government eliminated this six-month grace period, so for students in Ontario, loan repayment begins as soon as the student graduates.

The interest paid on student loans qualifies for both a federal and provincial tax credit if it was issued under certain government Acts related to loans or financial assistance. If the credits are unused at the end of the year, they can be carried forward for up to five years to be deducted against future income earned.

If a student moved to begin attending a post-secondary institution on a full-time basis, and assuming the move enabled them to be at least 40 kilometres closer to the school, they may be eligible to deduct select moving expenses. Note that these moving expenses can only be deducted against any taxable scholarships, bursaries, or research grants that they received during the year that did not meet the exemption criteria. These expenses can be carried forward to later years and deducted against the same type of income if they are not fully utilized in the year in which they were incurred.

If a student moved during the year for employment-related purposes, whether it was for a summer job or a co-op placement, and they moved at least 40 kilometres away, they can also make a claim for these moving expenses during the year. Note that these expenses can only be deducted against the employment income they earned from the job they moved closer to. These moving expenses are not allowed to be carried forward to future years unless income is earned from the same or a related job in another year.

Please consult with a trusted advisor if you have any questions or concerns, or simply want to better understand how to optimize your tax position.

Christopher Bell is a senior tax accountant working out of BDO’s Markham office. He can be reached at cbell@bdo.ca, or by calling 905-946-1066.