We Canadians are famous for staying private about money. But finances can undermine family unity in insidious ways. At the top of this list is wealth disparities among siblings. 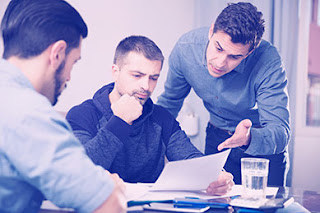 To help address wealth gaps among siblings, I’ve asked my colleague Jeffrey Smith to share his experiences on this subject when advising high net worth families. Jeff is a Senior Manager in BDO’s Wealth Advisory Services practice, based in Kelowna, BC.
________________

As a child, I never really noticed wealth disparities at family gatherings. Everyone seemed to be the same: grandparents, parents, aunts, and uncles. No one had a lake house or cottage, or did multiple family vacations; everyone met Fridays at my grandparents to visit. We were all the same, or so I thought.

Now, many years later, I see these differences within families—in both my own and others. The issue comes up regularly when doing financial and estate planning for families and advising them on how to manage their wealth.

Many families suffer from friction caused by one sibling having more money than the other. Whether this is due to differing lifestyle choices or career impairment due to health, sibling relationships can break down due to income and wealth disparity. Parents can’t solve all these problems for their children—sometimes the biggest challenge is to not intervene—but they can at least avoid increasing the conflict.

Consider this fictional example with some true-to-life themes.

A large family with many children includes two brothers who have been very close from the time they were toddlers. That all changed when they graduated university. The older one (let’s call him “Dan”) finished his schooling a few years before the younger one (let’s call him “Stewart”). By the time Stewart graduated, Dan had married into a wealthy family. This allowed Dan to live a life of leisure, at least in Stewart's eyes. Meanwhile, Stewart began looking for his first job.

He also began to feel jealous of Dan. For the first 25 years of their lives, they were equals; now Dan leads a privileged life, where money is almost no object. Animosity grew as Dan invited Stewart to expensive events and enjoyed his possessions, which Stewart couldn’t afford. Unfortunately, what was once the closest of childhood relationships deteriorated into occasional chats based more on obligation than brotherly love.

Sibling wealth disparities are so different from other differences in wealth. Comparing yourself to a friend or co-worker, you can internally justify why they may appear to be ahead of you financially. Maybe they inherited a large sum or came from a wealthy family; however, when comparing your financial success to your brother or sister, those justifications sometimes fall. (Though not in Dan and Stewart’s case.)

From the perspective of an outsider, siblings would have had the same advantages and disadvantages growing up, been influenced by the same parents, and had access to the same financial and academic resources. Therefore, when one sibling finds more financial success, people can make assumptions about intelligence and work ethic.

Is that reasonable, though? What if one sibling suffered from a medical impairment or financial hardship early in life? What if finances are different because of divorce or one having more children than the other? What if one married into wealth? What if the wealth variances are solely a reflection of drive, determination and work ethic?  Obviously, a complex and delicate area.

When wealth gaps occur, it can impact the sibling relationship. As wealth is generated, lifestyle changes naturally occur—people may eat out more or travel more. The experiences and bonds that were created growing up on a level playing field now have unequal pressure. This can harm the relationship, sometimes irrevocably.

The role of planning

While sibling wealth variances based on independent individual circumstances are subject to many variables that cannot be controlled, family related wealth variances can be controlled or minimized in many circumstances. Families need to avoid negative pitfalls from poor planning that may inadvertently lead to significant wealth disparity for the next generation. Let’s consider a situation that is fictional but reflects real-life realities.

A successful farming family plans its family business succession. The parents decide to retire, and help their son continue the farm by giving him the equipment and an equivalent amount of cash to their daughter. The parents decide they wish to retain ownership of the land for retirement income via rent.
At first glance this all seems fair. The son receives debt-free equipment and the daughter receives cash to do what she pleases. Everyone appears happy, except for one bit of information that is far more important than it seems: What price is the son paying to rent the parents’ land?

The question arises at a client review of their net worth and income. As the family’s advisor, I would ask why the son is paying far less than market value for renting the farm. The answer? Rent was based on the parents’ expected cash needs and did not consider fair market rents.

Here is where wealth disparity is inadvertently created by mom and dad. The son has been operating a farm. Depending on the amount of time, amount of savings, and how one wants to quantify the savings and overall impact on the son’s business, the total benefit could reach millions of dollars. Therefore, the son receives a significant benefit compared to his sister because of his parents’ retirement.

In this example, we can help this fictional family by identifying and quantifying the unintended wealth inequality. They would then be able to equalize it, and likely strengthen the sibling bond in the process. But it does underline that one must look at all factors when transitioning a business. If you don’t consider all related transactions, you too could be creating unintended consequences.

What grandparents can do

It’s not just parents who need to watch for planning missteps on wealth. Grandparents can cause hard feelings and friction when they name grandchildren directly in the will. When a sibling does not have children, they may feel like they’re penalized for not having children.

Depending on the amount of money and number of grandchildren, the estate may erode significantly. Consider whether instead your children should receive equal units and then they control how much is passed on to their children; or you still leave money to grandchildren, but allocate equal amounts to each family regardless of how many children. There is no right answer, but these important planning areas warrant conversation and consideration. There are ways to keep the playing field equal, and in doing so keep the peace within the family.

Managing emotions can be difficult when discussing finances. But money and success should never ruin the foundation of family and relationships. Having good, open conversations, being honest about how you feel, and expressing what is bothering each party can mend the most fragile of family relationships and create stronger bonds.

Jeffrey Smith - CPA, CA, CFP, CLU - is a Senior Manager in BDO’s Wealth Advisory Services practice and can be reached at 250-763-6700 or by email at jrsmith@bdo.ca.

BDO Canada LLP, a Canadian limited liability partnership, is a member of BDO International Limited, a UK company limited by guarantee, and forms part of the international BDO network of independent member firms. BDO is the brand name for the BDO network and for each of the BDO Member Firms.
Labels: adult sibling rivalry, family wealth, grandparent