The NBA Strike- How Not to Split a Billion Dollar Pie

The National Basketball Association (“NBA”) has already cancelled the first two weeks of the 2012 basketball season. There are various issues being negotiated as discussed in this article, but most of us just see a huge income pie, with millionaires fighting for a bigger slice of that pie. Currently 57% of the basketball-related income is allocated to the players and 43% allocated to the NBA owners. The owners are striving to change that allocation to 47/53% at a minimum.

The proportion of the labour dispute that relates to negotiation on philosophical issues as opposed to greed is unclear. What is clear to the casual observer is that both sides are forgoing millions of dollars by cancelling the first two weeks of the season and they risk losing multi-millions of dollars if the season is cancelled. These monies will never be recouped. With a pie this large, can’t everyone be happy?

I find it somewhat perplexing, if not disgusting, that all these millionaires cannot come to an agreement, so I decided to look at why these negotiations have not proven successful. Academically and psychologically, one possible explanation for why the NBA negotiations have failed to date is the Fixed Pie Concept. Max Bazerman, a Straus Professor at the Harvard Business School, speaks about the mythical fixed pie concept. He states that the fixed pie concept is an assumption by the negotiating parties that the resource pie is fixed and this assumption, is one of the most destructive assumptions parties bring to negotiations. “The mythical fixed pie mindset leads us to interpret most competitive situations as purely win-lose. For those who recognize opportunities to grow the pie of value through mutually beneficial tradeoffs between issues, situations can become win-win.” 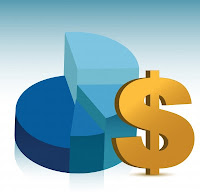 Based on this concept, the NBA players and owners must stop fixating on the current pie and whether a 57/43% allocation is fair or not, and start considering acceptable compromises which permit them to expand the size of the pie. The NBA pie has grown enormously in the last ten years or so through marketing to Europe, shirt sales, music videos, etc. The players and owners must now determine if they can jointly continue to grow the NBA pie such that even with a more equitable split, all parties still win. In the alternative, maybe there is a shrinking pie syndrome occurring and both sides feel the pie has been maximized. In either event, the pie is enourmous, just split it.

The NBA owners are also stating that they are adamant competitive balance in the league is every bit the issue as splitting the income pie is. The NBA is unwavering to date in its stance that every team, regardless of market size, should have the chance to win a title through constrained payroll and contract terms. This model is based on the National Football League which uses a hard salary cap to allow small market teams such as Green Bay to be competitive.

If the NBA owners are truly serious about this issue then I applaud them. Every basketball fan I know was truly appalled at how Lebron James and Chris Bosh manoeuvred to join Dwayne Wade in Florida last year with the Miami Heat to create a dream team. Most basketball fans were pleased to see the Heat lose, but teams were decimated in Cleveland and Toronto as the selfish NBA players changed the competitive landscape at their whim and flaunted it in the fans’ faces.

Personally, I don’t care if the NBA plays this year or not, which seems to be a consensus amongst many disenchanted fans. I would suggest however, that once these bickering millionaires figure out how to share their pie, if the NBA has not addressed the issue of the inmates running the asylum and the perception that the players can make or break teams without impunity based on friendships and the desire to play where they want, then the whole strike will have been for not.


The blogs posted on The Blunt Bean Counter provide information of a general nature. These posts should not be considered specific advice; as each reader's personal financial situation is unique and fact specific. Please contact a professional advisor prior to implementing or acting upon any of the information contained in one of the blogs.
Labels: basketball, basketball related income, beneficial ownership, fixed pie concept, nba, players, strike