The Best of The Blunt Bean Counter - Taking it to the Grave or Leaving it all to your Kids?

This summer I am posting the "best of" The Blunt Bean Counter blog while I work on my golf game. Today, I am re-posting a July 2011 post (originally written as a guest post for The Canadian Capitalist) on estate planning and the four groups (at the risk of stereotyping) that people seem to fall into, when dealing with their estate.

Next week I will have a re-post of  a blog on accessing the capital dividend account for those of you that have private corporations and then a three-part series on a true summer topic - the tax issues surrounding the sale and/or transfer of your cottage.

Taking it to the Grave or Leaving it all to your Kids?


I am often engaged to provide estate planning. Many "older" Canadians have amassed great wealth (some just through the sale of their home and/or cottage). A 2006 Decima Research study estimated that over one trillion dollars in wealth could be transferred between 2006-2026. After twenty-five years of discussions regarding the distribution of wealth, where an estate will clearly have excess funds when the parents pass away (to be clear, this post is only discussing situations where you are very certain you have more funds than you need to live, not situations where you may have excess funds when you pass away, but are not secure enough to distribute while alive) it is my opinion that the parents should consider partial gifts during their lifetime. 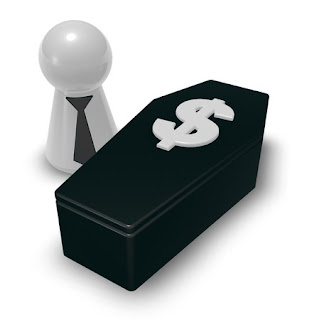 It is my observation from the 25 years of meetings that people form four distinct groups when it comes to distributing their excess wealth:

In this blog, understanding my opinions may be diametrically opposed to some readers, I will talk about these varied groups.

Taking it to the Grave and Leaving Nada to Your Family


For those who wish to take their wealth to the grave, there may be an altruistic or philosophical reason. However, there is more often than not, a deep rooted family issue, and the chill in the room makes it very clear that advisors should stay clear of delving into these family issues (when I initially wrote this post, I was criticized by a reader for saying the advisor should stay clear in these cases. I now think they were correct. I can think of a specific case since I wrote this post in 2011 where I challenged a client on this and they made a change to their will not because they really wanted to, but because the change could possibly help avoid litigation down the road, despite it being distasteful to them).

Distributing your Wealth upon your Death


In the case of those who wish to distribute their wealth upon their death, the issue is typically philosophical. That is, one or both of the parents feel that their children need to make their own way in the world and that leaving them money during their lifetime will do their children a disservice or destroy their moral compass. This is a touchy area, but I often suggest that if the parents feel their children are well-adjusted, they should consider providing partial inheritances. A partial inheritance can facilitate a child’s dream, such as climbing Mt. Kilimanjaro while the child is physically able, or assist with the down payment on a cottage. The selling point on partial distributions is that the parents can share vicariously in the joy of the experience they facilitate.

Giving your Kids too Much while Alive


The majority of families fall into the last category. They are willing to distribute their “excess” wealth while alive, but in many cases harbour concerns their wealth will be “blown” or lead to unmotivated children. Dr. Lee Hausner, an advisor to some of the wealthiest families in the United States, suggests in various articles of hers that I have read, that parents do not transfer money during career-building years so the children learn to be productive members of society. Children should be taught they have choices to make (ie: distribute money for one thing they want but not three things they want) and they should learn to be philanthropic amongst other things. I think this advice stands on its own whether you are one of the wealthiest families in the United States or just a family that has been lucky enough to accumulate more assets then you will ever require.

How one distributes their wealth is an extremely private issue and each individual has their own thoughts and reasons for their actions. However, in my opinion, where you have the financial wherewithal, you should consider making at least partial gifts during your lifetime.


This site provides general information on various tax issues and other matters. The information is not intended to constitute professional advice and may not be appropriate for a specific individual or fact situation. It is written by the author solely in their personal capacity and cannot be attributed to the accounting firm with which they are affiliated. It is not intended to constitute professional advice, and neither the author nor the firm with which the author is associated shall accept any liability in respect of any reliance on the information contained herein. Readers should always consult with their professional advisors in respect of their particular situation.
Labels: death, partial inheritance, taking your wealth to the grave, will