The Ontario Retirement Pension Plan - Who is Self-employed?

The consultation paper on the Ontario Retirement Pension Plan (ORPP) has been released. You can read it here.

One of the most significant groups excluded from the ORPP are self-employed people. In the initial announcement it was unclear who was considered self-employed. Was it a sole proprietor? Was it a corporation with sole shareholder or was it a professional corporation, or was it all of the above?

These questions have been addressed in the consultation paper and essentially, you are considered self-employed if you operate an unincorporated business or are the shareholder of a corporation and 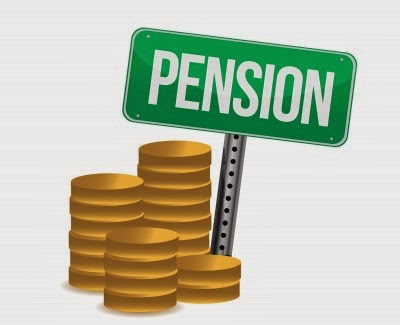 only receive dividends as remuneration.

Who Are the Self-Employed?

For purposes of the ORPP, the paper states that self-employed individuals not eligible to participate in the ORPP would refer only to individuals who either:

1. own and operate unincorporated businesses (i.e., sole proprietors, partnerships and some independent contractors); or

2. own and operate incorporated businesses but are not employees and do not receive a salary or wages as compensation (e.g., an individual who receives distributions from the corporation that are not considered salary or wages, such as dividends).

“By contrast, an individual who owns and operates an incorporated business and earns a salary or wages as an employee of the business would not be considered self-employed for the purposes of ORPP eligibility. As a result, these incorporated owner-operators would be required to participate in the ORPP, to the extent that they are considered eligible employees.”

The report states that according to Statistics Canada, “On average, incorporated owner-operators receive two-thirds of their annual income from wages and salaries. In the event that these individuals receive other types of income (e.g., dividends), they would not make contributions to the ORPP on this other income.”

Unique Status of the Self-Employed

The report notes that the self-employed occupy a unique position in the labour market, in that their income can fluctuate year to year, and that self-employed individuals may feel that it is more prudent to invest in their business, rather than contribute to a mandatory savings plan.

The report states that “although the self-employed under current ITA rules would not be able to enrol in and make contributions to the ORPP, there may be interest among self-employed individuals in participating in the ORPP, as they do in the CPP. Ontario could engage in discussions with the Government of Canada to amend the relevant ITA rules to allow individuals who are not in an employment relationship and who do not report income from salary and wages to participate in the ORPP, as is the case with the CPP.”

As someone who operates through a professional corporation, I am not that keen to make an employee and employer contribution to the plan; however, other self-employed individuals may feel the ORPP would help supplement their retirement income and would welcome the opportunity to have the option to be part of the plan.

If you are self-employed and wish to make a submission or comment, you can do so at: ORPP@ontario.ca.


This site provides general information on various tax issues and other matters. The information is not intended to constitute professional advice and may not be appropriate for a specific individual or fact situation. It is written by the author solely in their personal capacity and cannot be attributed to the accounting firm with which they are affiliated. It is not intended to constitute professional advice, and neither the author nor the firm with which the author is associated shall accept any liability in respect of any reliance on the information contained herein. Readers should always consult with their professional advisors in respect of their particular situation.
Labels: dividends, incorporated business, independant contractor, Ontario Retirement Pension Plan, ORPP, professional corporation, self-employed, sole proprietor